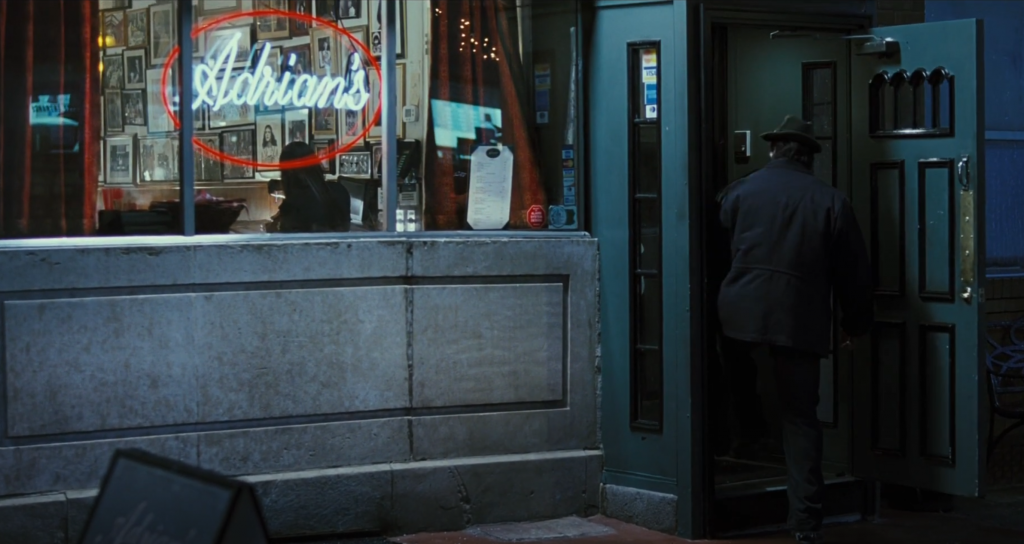 In the fifth movie, Rocky is seen running his own restaurant, which he named after his wife Adrian. The actual restaurant used in the movie is The Victor Café. In probably one of the best scenes of the franchise, Rocky gives his son Robert the speech about winning:

“Let me tell you something you already know. The world ain’t all sunshine and rainbows. It’s a very mean and nasty place and I don’t care how tough you are it will beat you to your knees and keep you there permanently if you let it. You, me, or nobody is gonna hit as hard as life. But it ain’t about how hard ya hit. It’s about how hard you can get hit and keep moving forward. How much you can take and keep moving forward. That’s how winning is done! Now if you know what you’re worth then go out and get what you’re worth. But ya gotta be willing to take the hits, and not pointing fingers saying you ain’t where you wanna be because of him, or her, or anybody! Cowards do that and that ain’t you! You’re better than that! I’m always gonna love you no matter what. No matter what happens. You’re my son and you’re my blood. You’re the best thing in my life. But until you start believing in yourself, ya ain’t gonna have a life.“

Storyline:
Thirty years after the ring of the first bell, Rocky Balboa comes out of retirement and dons his gloves for his final fight against the reigning heavyweight champ Mason ‘The Line’ Dixon.