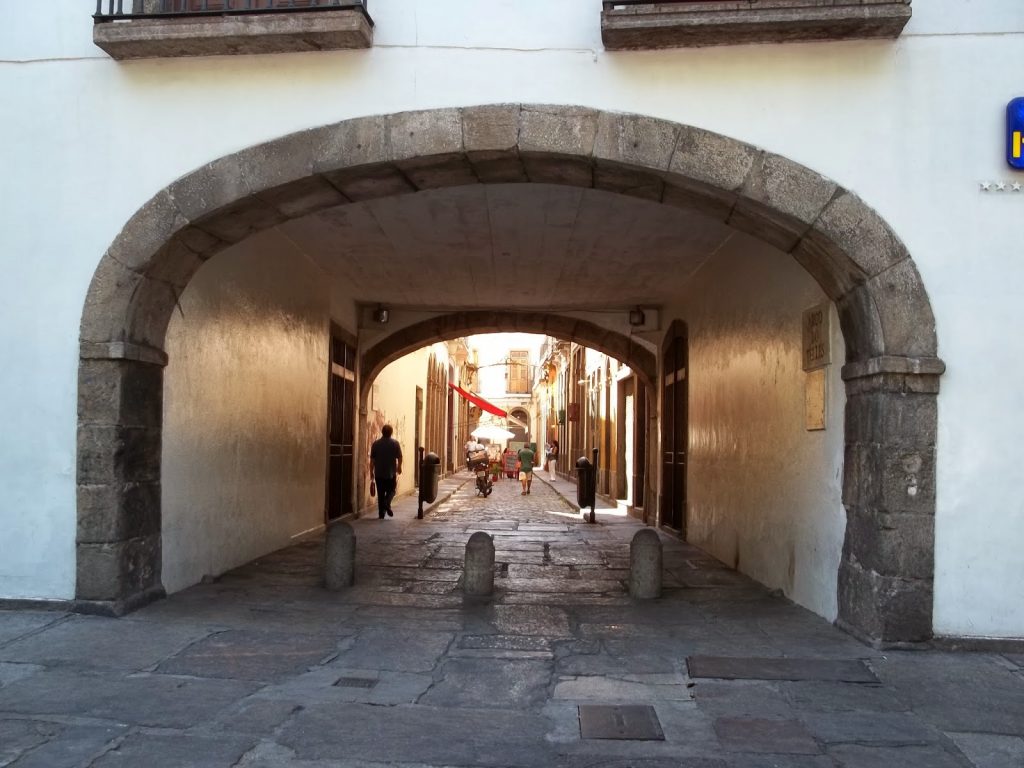 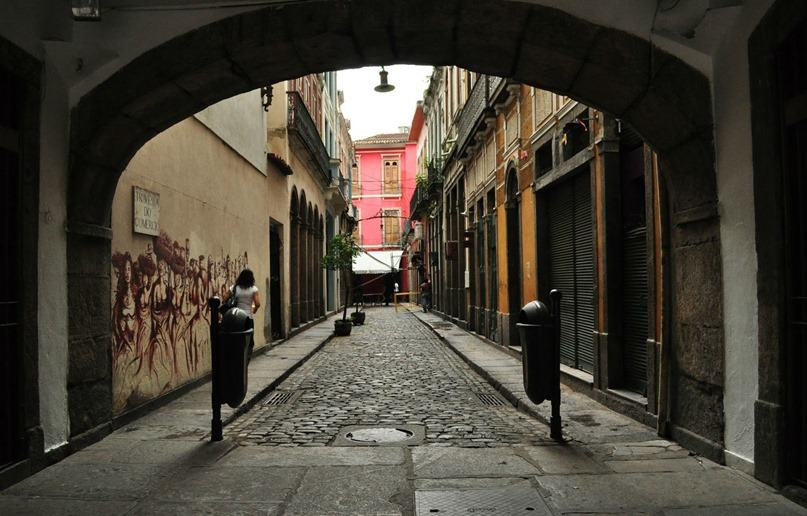 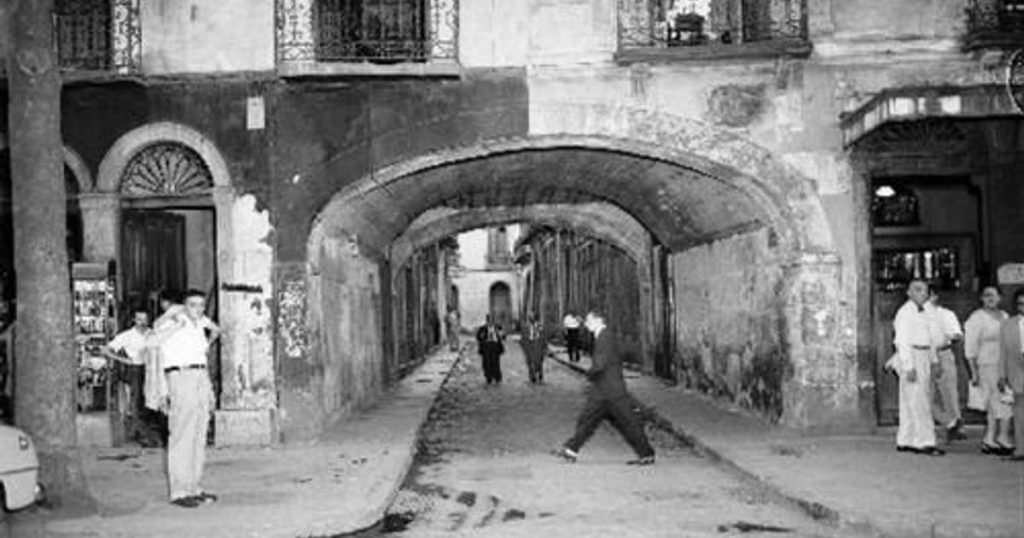 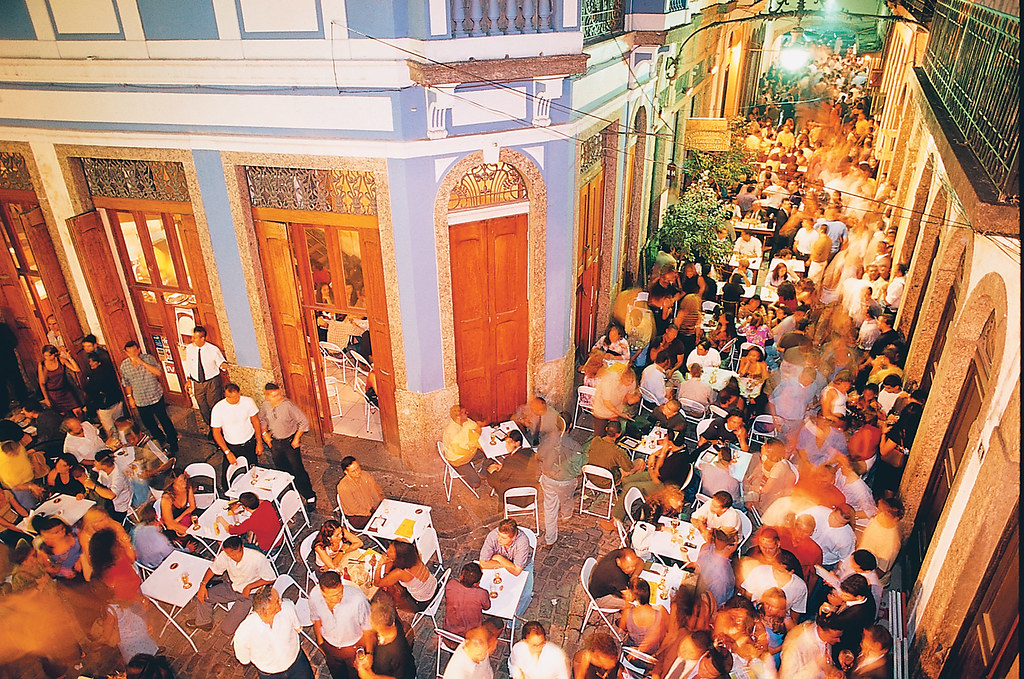 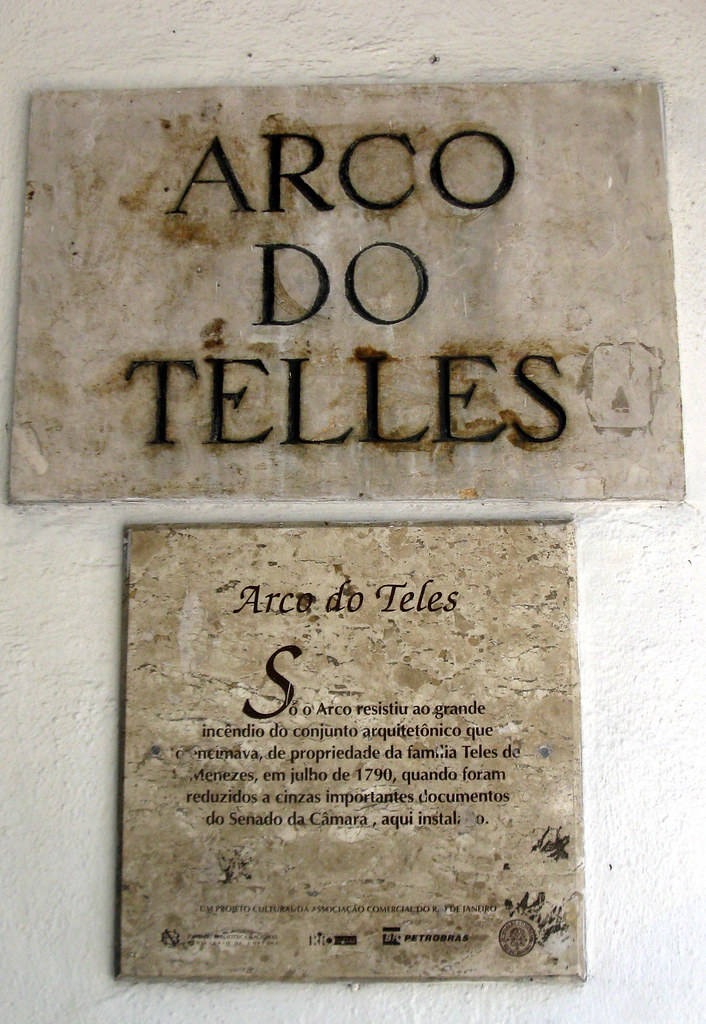 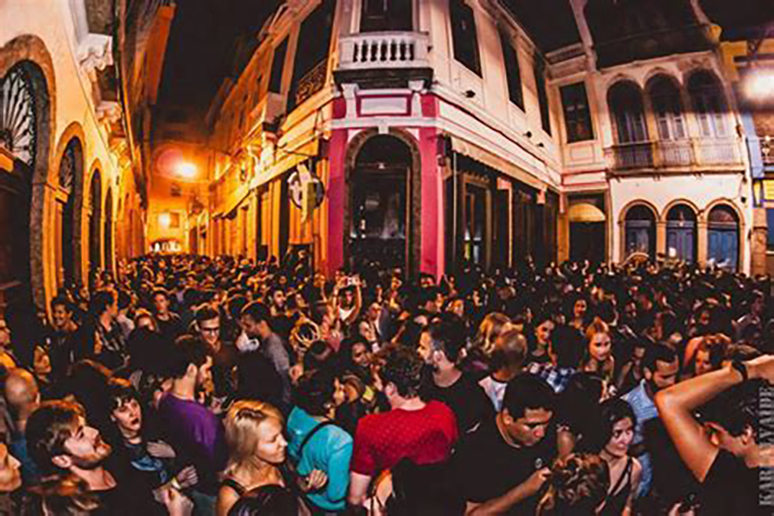 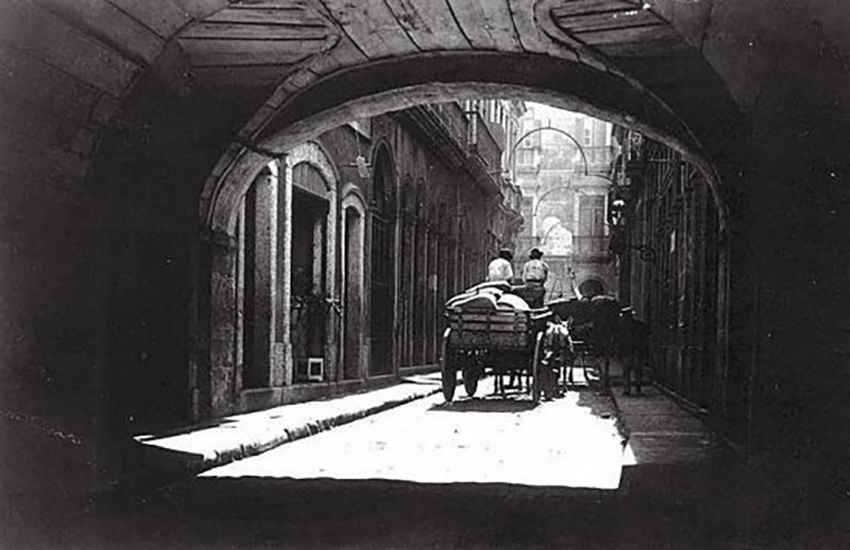 Architectural landmark in the history of the city, it is what remains of the old residence of the Telles de Menezes family, it connects Praça XV to Travessa do Comércio.

In 1738, the House of Governors (later to become the Imperial Palace) began to be built at the behest of Governor Gomes Freire de Andrade, Count of Bobadela. In 1743 the construction of the new Casa dos Governadores was completed and the Largo do Paço region gained a great value. Seeing the growth of the area, the Portuguese judge Antônio Telles Barreto de Menezes (who gave rise to the name of the arch) decides to buy land in the area and build a house, that is, a set of houses, in order to rent to merchants and the lower classes. highlands of Rio de Janeiro.

In the midst of the construction of the houses, the Portuguese engineer José Alpoim found a problem, the construction of the houses obstructed the passage of the lane of Mercado do Peixe (current lane of Comércio), it was then that Alpoim decided to create an arch in the middle of one of the buildings, which would become the Senate of the Chamber (equivalent to the City Hall), currently the arch is located at number 34, Praça XV de Novembro.

Its construction dates back to the 18th century, to communicate the old Praça do Carmo (currently Praça 15 de Novembro) and Rua da Cruz (currently Rua do Ouvidor). At the time of the governors-general and viceroys, it was frequented by all of Rio’s society, who flocked there, attracted by the devotion to an image of Nossa Senhora dos Prazeres, placed in a niche inside the arch. The name by which it is known owes its origin to Telles de Menezes, owners of buildings on the site. In 1790, a fire that started in a shop near Rua Direita (current Rua Primeiro de Março) spread and destroyed most of the houses of the Telles de Menezes, leaving only the part that today constitutes the Arco do Teles.[1]

After the fire, the region was devalued and the upper class that lived there left and the area became inhabited by people on the fringes of society, such as thieves and prostitutes, an interesting episode that occurred after the fire was the removal of the image of Nossa Senhora dos Prazeres by the residents of the surroundings, who did not accept that the image of the saint was kept in such a “depraved” environment, the image of the saint was relocated to the Church of Santo Antônio dos Pobres, where it remains today.

It was only after 1808 that the area regained its value with the arrival of the Portuguese royal family, which was located in the Paço Imperial. With the passage of time and the modernization of the city there was an escape from the axis of power in the Largo do Paço area, the region was once again less valued.

In the 21st century, the area is well known for its nightlife and for the so-called “happy hour”, as it has several bars, restaurants and parties, in addition to being located in the city center thus facilitating access, in the daytime it is known for tourism. , thanks to its unique history and architecture today in downtown Rio de Janeiro and the presence of diverse cultural movements that take place in the region.

Illustrious Residents
There are two Portuguese women who lived near Arco do Teles and deserve special mention.

Bárbara dos Prazeres
Bárbara was a Portuguese immigrant who would have been born around 1770 and lived in a building near the arch after the fire of 1790. She was a prostitute who after getting older would have been involved with “black magic” and turned into a witch in her old age because she couldn’t more clients with prostitution due to age. According to popular belief, she would have been responsible for the disappearance of some children at the time, who were used in rituals for the rejuvenation of Barbara.

Carmen Miranda
At number 13, the boarding house and residence of Dona Maria, mother of Carmen Miranda, used to work, there she and her family lived for six years, where her mother and sold food, the popular warm ones in Rio de Janeiro, currently where Carmen lived is a restaurant.