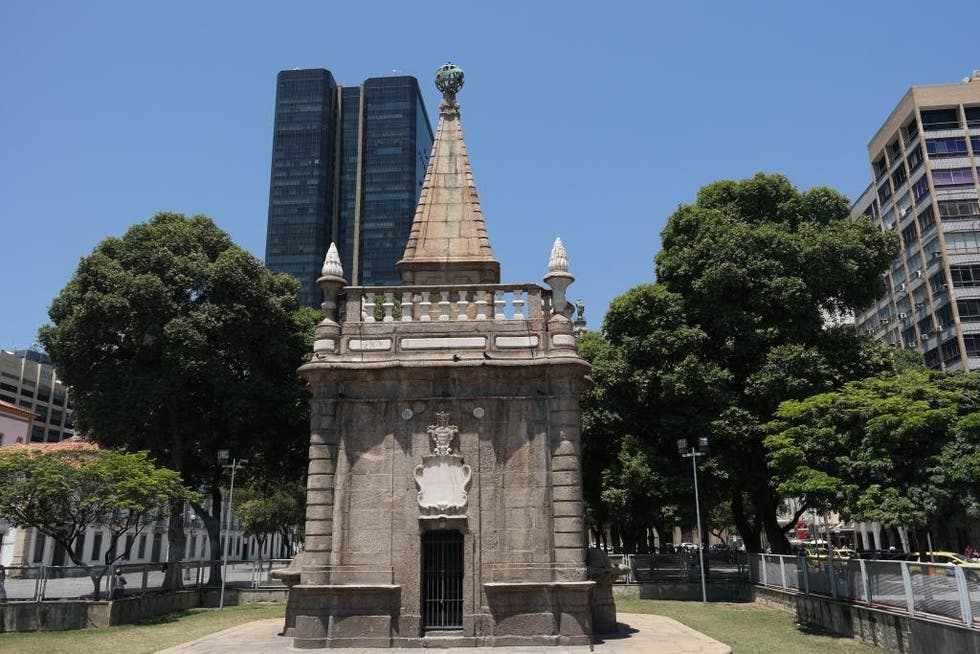 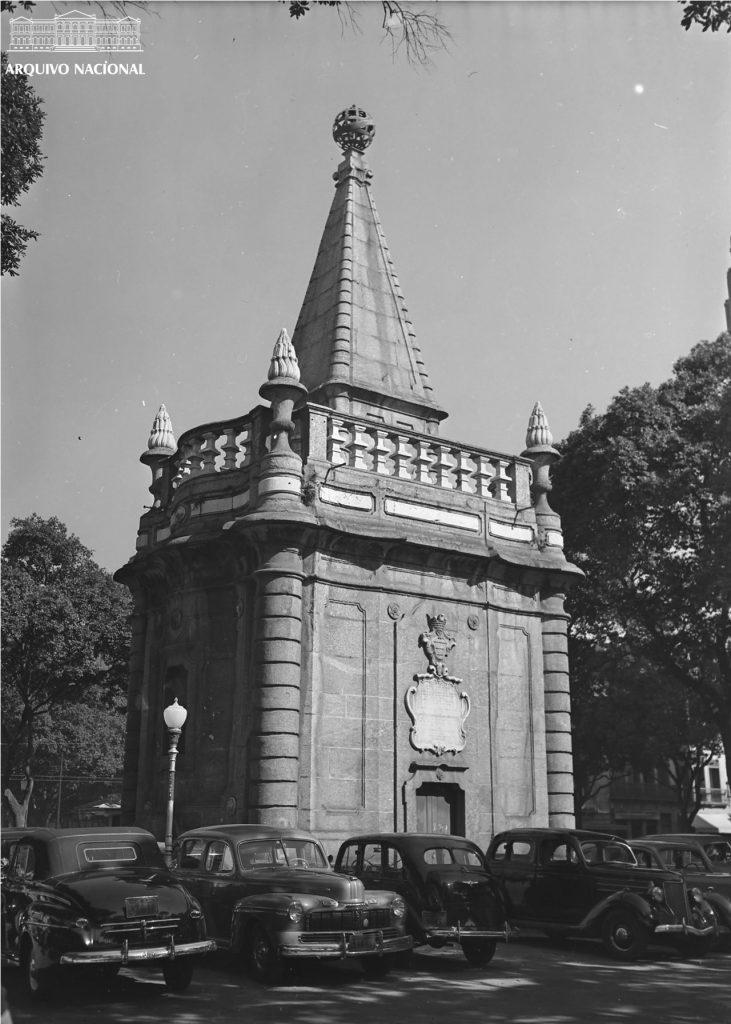 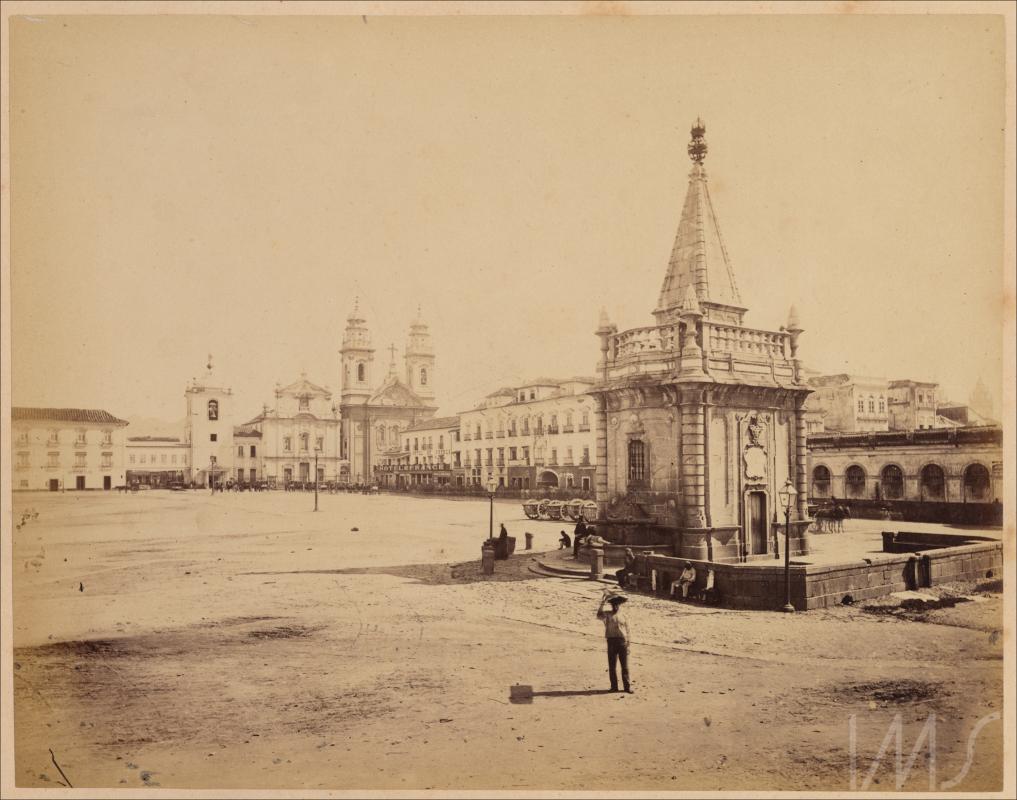 Praça XV is now located in the region known, in the early days of the occupation of the city’s lands, as Praia da Piaçaba. The place has had several names: Largo do Terreiro da Polé;[4] Largo do Carmo;[5] Praça do Carmo; Terreiro do Paço; and Largo do Paço. From the 16th century to the mid-1770s, with the construction of the Valongo Wharf, the street was the main landing point for enslaved Africans in the city.

The Palace of the Governors and the Casa da Moeda building were built on the site, future installations of the Royal Palace and, later, the Imperial Palace. The building, designed by the Portuguese military engineer José Fernandes Pinto Alpoim, had its works started in 1738 and was ready in 1743. It was the first property in the city to have glass in the windows.

During the government of the viceroy Dom Luís de Vasconcelos, the Mestre Valentim Fountain was built, inaugurated in 1789 and which is still one of the symbols of the square. Its function was to supply water, in addition to the population, to the boats that anchored near the square.

Popularly known as Mestre Valentim’s Fountain or Pirâmide Fountain. Before the embankments, it was next to the boat landing steps. The need for water supply, according to the Dicionário de Curiosidades do Rio de Janeiro, led the Portuguese Crown to grant a license to build this fountain right next to another, the Fountain of the Board of Commerce. The work began in 1779, at the behest of the Viceroy D. Luís de Vasconcelos e Sousa (1779-1790), with a risk by Brigadier Jacques Funk.

From its original location, the new fountain was transferred to the seaside and Mestre Valentim was called to carry out the work, which was entirely renovated, given the fragility of the material. It has the shape of a tower, topped by a small granite pyramid, with details (commemorative plaques, spiers in the form of fires) in Portuguese lioz stone. Mestre Valentim added only the coat of arms of the Viceroy, in white marble, and two other pieces in honor of Queen Maria I. The work was completed in 1789.

Mestre Valentim was born in the parish of Santo Antônio do Arraial de Gouvêa, on the edge of the region of Serro do Frio in Minas Gerais, on February 13, 1744.

Poor, having to take from work the daily support for himself and his mother, Valentine dedicated himself, with all the courage of his talent and the energy of his youth, to the study of sculpture and carving. He studied hard, worked hard, broke the bed of fatigue, made his house the artist’s workshop, and in this way he became a master.

He had followed the artist who decorated the interior of the Church of the Ordem Terceira do Carmo in Rio de Janeiro in the study of the Toreutic art, but in a short time he was more a disciple than a master and his works were more perfect and beautiful. In the capital of Colonial Brazil, from 1780 onwards, he was an assistant to the woodcarver Luiz da Fonseca Rosa, decorating the Church of Ordem Terceira do Carmo until 1800.

Dom Luiz de Vasconcelos e Souza, then viceroy of Brazil, observing the young man’s great artistic talent, called him to work with him. One of the works stands out: the fountain of the marrecas, the public promenade in Rio de Janeiro and the fountain of the pyramid in the current Praça XV de Novembro.