Church of the Order Terceira do Carmo 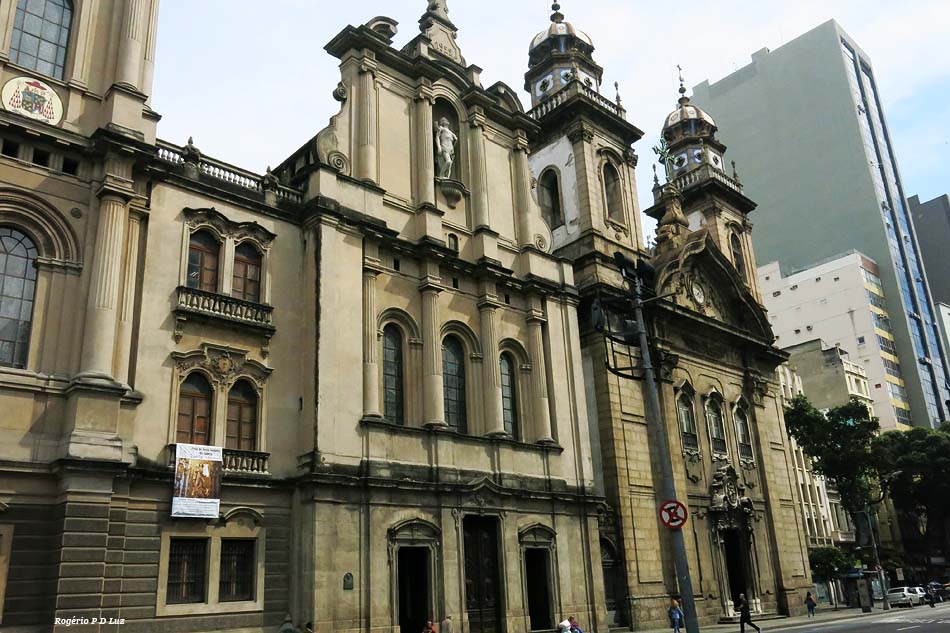 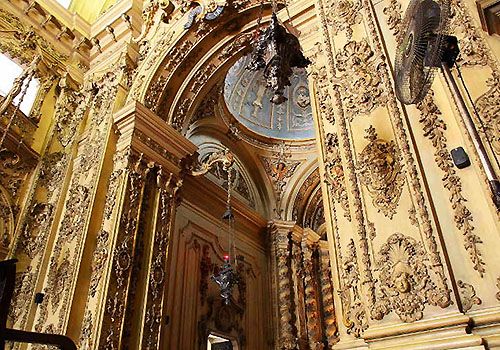 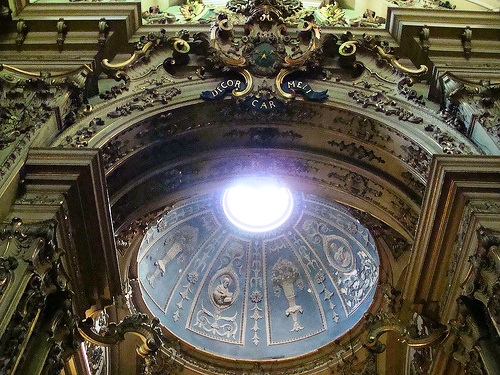 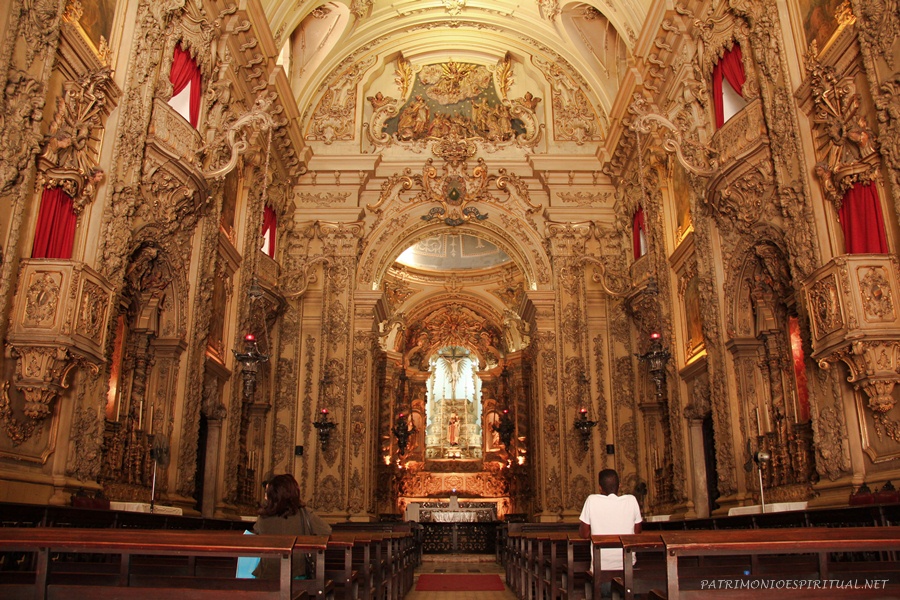 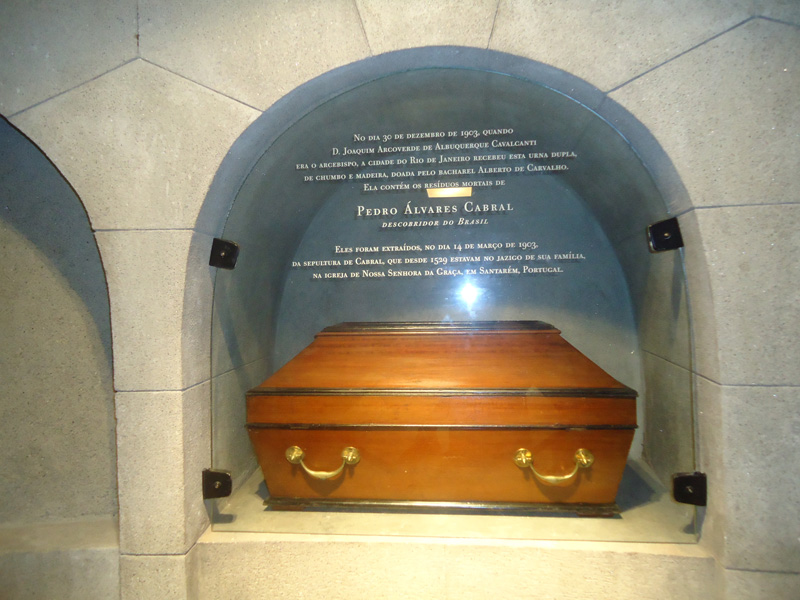 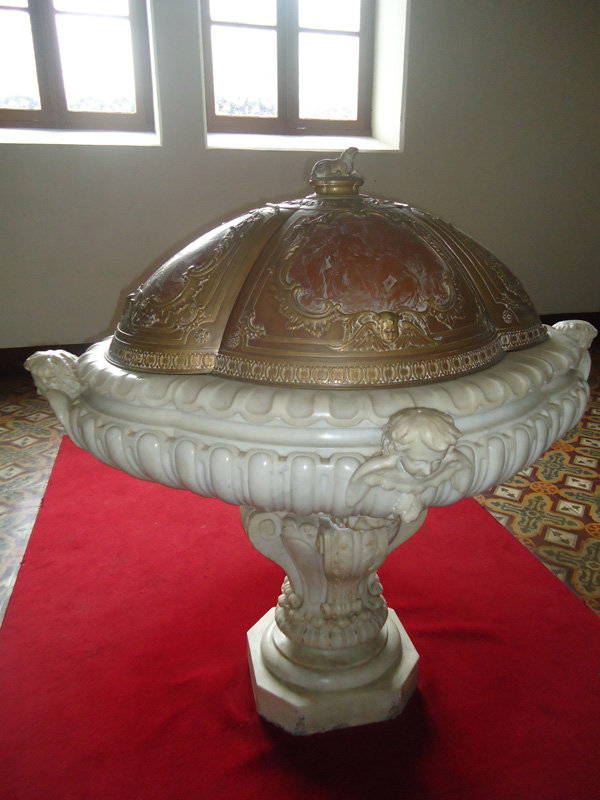 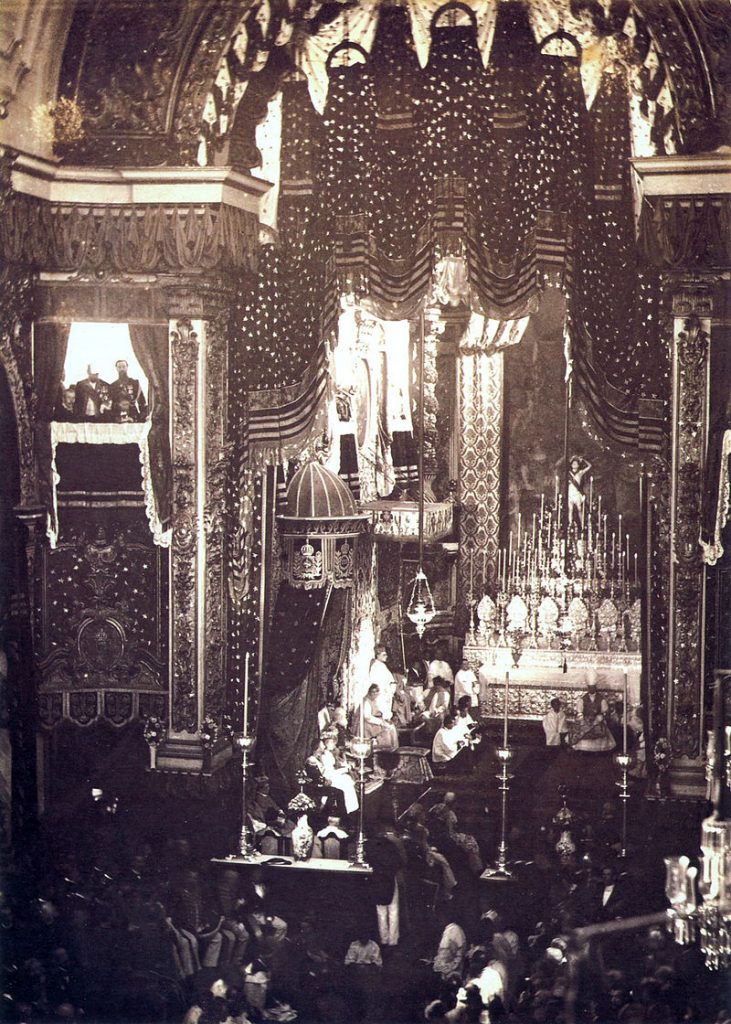 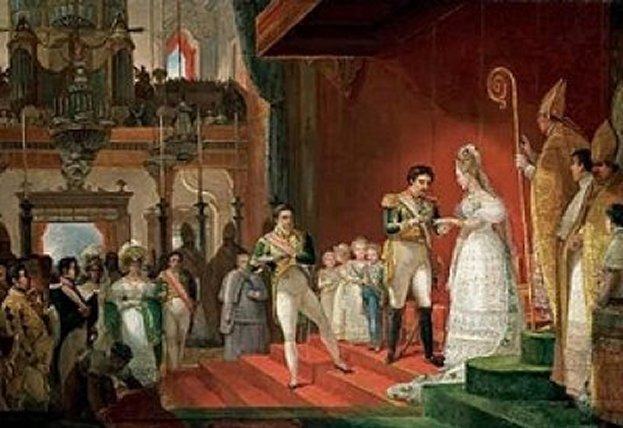 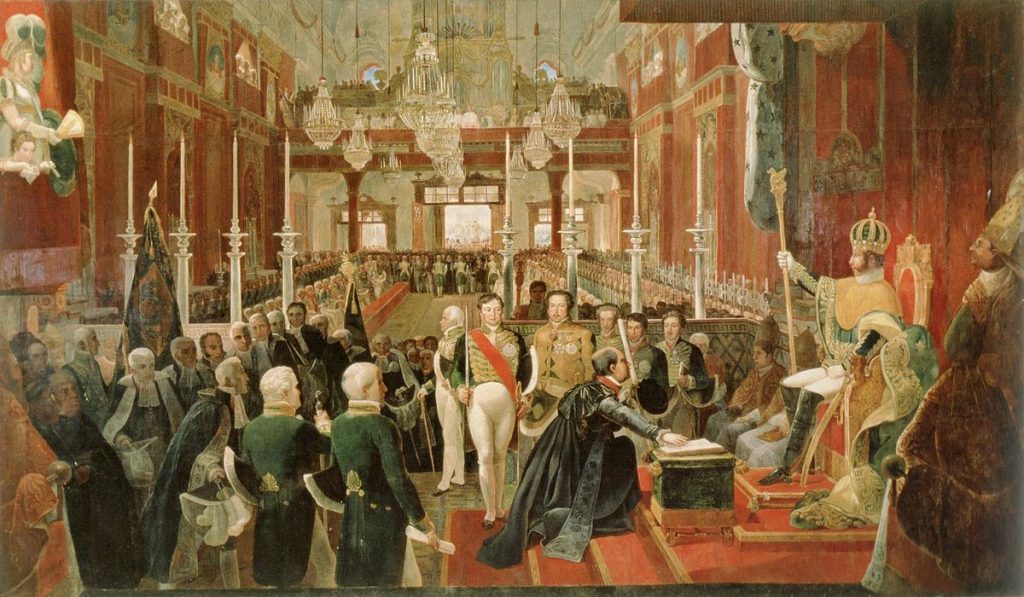 History and Art
The Third Order of Carmo operated in Rio de Janeiro since the 17th century, occupying a chapel close to the Convento do Carmo. The Order decided to build a new church in 1752. The project is attributed to the Portuguese Manuel Alves Setúbal, who also built the building, with a plan modified by Friar Xavier Vaz de Carvalho. The works extended from 1755 to 1770, leaving the towers unfinished. The current towers, with their bulbous domes covered in tiles, would only be built between 1847 and 1850 by the architect Manuel Joaquim de Melo Corte Real, professor of design at the Imperial Academy of Fine Arts.

Facade
The facade of the Igreja da Ordem Terceira do Carmo is very elegant, with beautiful portals, large windows and a typical baroque counter-curved pediment. The façade is unique among the colonial churches in Rio de Janeiro for being entirely covered with stone, without the contrast between the stonework and the white plaster, characteristic of most Brazilian colonial churches. The stone façade, as well as the profile of the large windows, columns and portals on the façade, are influenced by the Lisbon architecture of the Pombaline period. The use of all-stone facades did not take hold in Rio, possibly because the carioca stone is too dark.

Detail of the main portal‎, brought from Lisbon in 1761. The medallion shows Saint Simão Stock receiving the scapular from the hands of the Virgin of Carmel, who carries the Child Jesus in her arms.
The main and side portals of the church, in Portuguese lioz stone and containing medallions with the Virgin and Child, are magnificent. They were commissioned from Lisbon sculptors and installed in 1761. They are considered the best of their kind in Rio de Janeiro.

Interior
The church has a single nave with side aisles with side chapels and a rectangular chancel. The gilded carvings of the church, in Rococo style, are very valuable. The interior decoration began in 1768 with the woodcarver Luiz da Fonseca Rosa, who, from 1780, was assisted by Valentim da Fonseca e Silva (Master Valentim). Mestre Valentim would work in the church until 1800. The Chapel of the Novitiate, built to the right of the chancel, is covered with beautiful rococo carvings by Mestre Valentim, one of his masterpieces, sculpted between 1772 and 1773. by the colonial painter Manuel da Cunha.

Between 1829 and 1855, the nave walls were filled with carvings by the sculptor Antônio de Pádua e Castro, which gave the interior a more homogeneous appearance. Also in the 19th century, a small dome was opened over the chancel to allow light to enter.

At the beginning of the 20th century, through the intermediary of the first cardinal of Brazil and Latin America, D. Joaquim Arcoverde, parts of the mortal remains of Pedro Álvares Cabral were transferred.