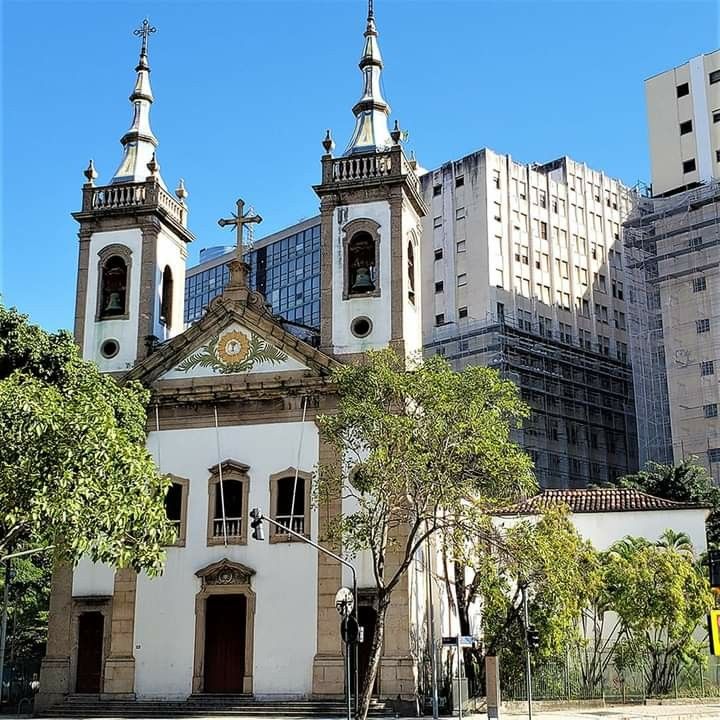 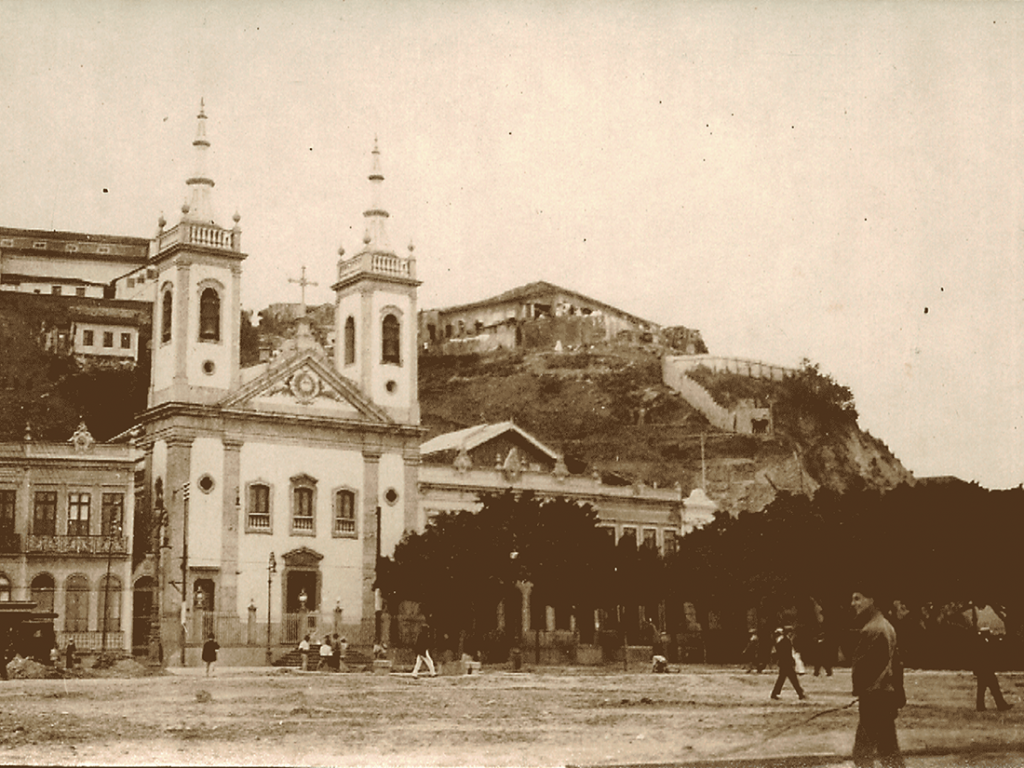 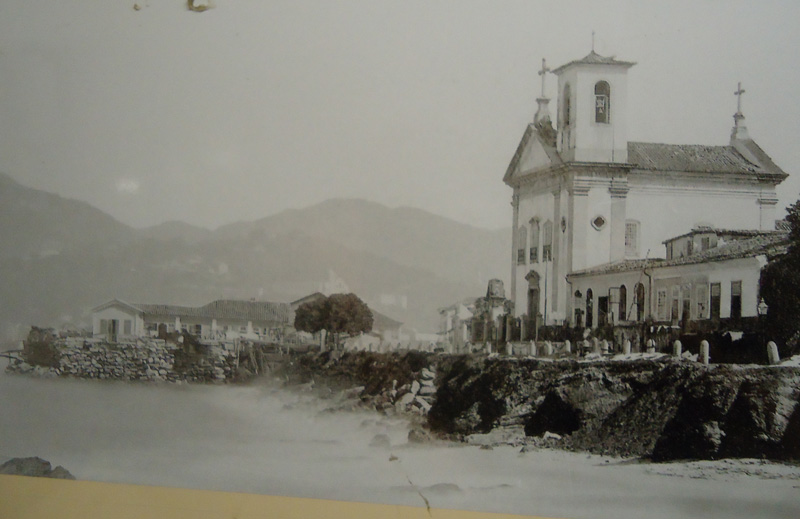 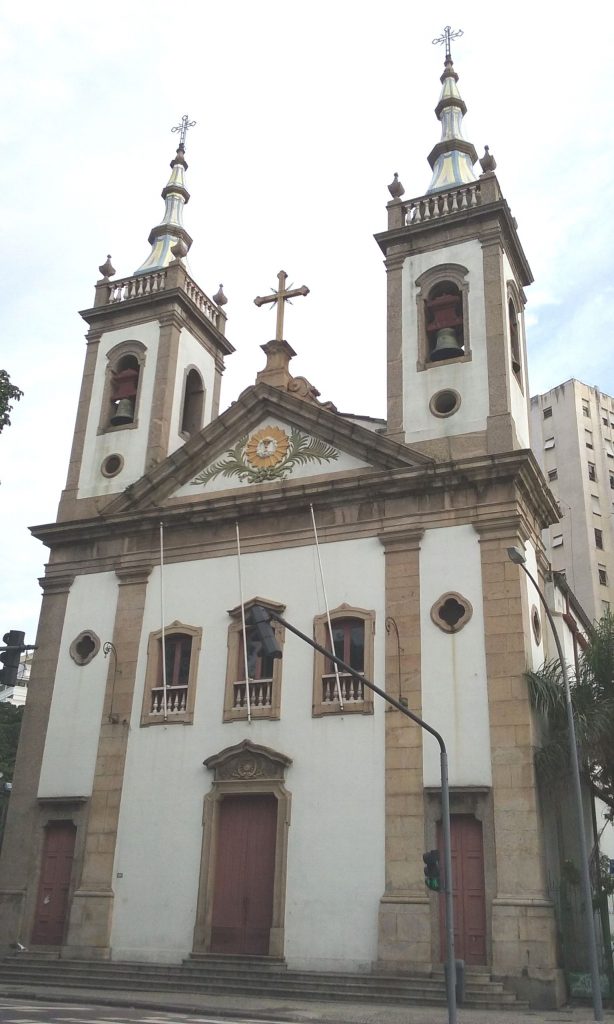 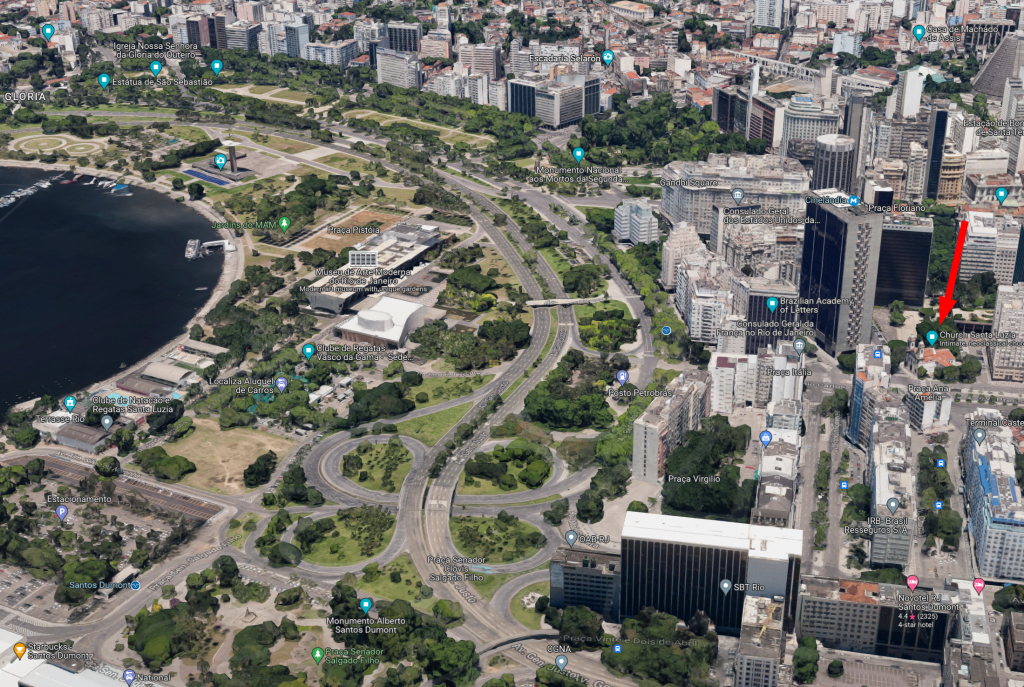 One of the versions about the origin claims that the navigator Fernão de Magalhães, passing through Guanabara Bay in December 1519, built a small chapel on the site, then by the sea, in which he deposited an image of Nossa Senhora dos navigators.

Another version attributed this origin to a chapel, built by Franciscan religious, upon their arrival in 1592.

This temple will have been enlarged in 1752.

In the context of the transfer of the Portuguese court to Brazil, João VI of Portugal ordered the opening of Rua Santa Luzia in 1817, which reached the Convento da Ajuda, in order to be able to travel with his carriage to the church, in fulfillment of the payment of a promise, formulated so that his grandson, the Infante D. Sebastião, would be cured of a disease he had in his eyes. In this way, the Church of Santa Luzia had its access facilitated.

Among other representations, there is a watercolor figure by Thomas Ender.

In the 1920s, with the demolition of Morro do Castelo, an esplanade was created with the materials, forming the landfills that kept the sea waters away.

There was originally, at the back of the temple, at the foot of the now-disappeared hill, a source of water to which miraculous powers were attributed. This devotion is still remembered today by a spout installed in the sacristy of the church.

Characteristics
The facade is flanked by two towers, in Baroque style. (Never make the mistake of characterizing the architectural model of the Church of Santa Luzia as neoclassical)

Inside, the chancel and altars stand out with their gilded carvings (which prove the Baroque style).