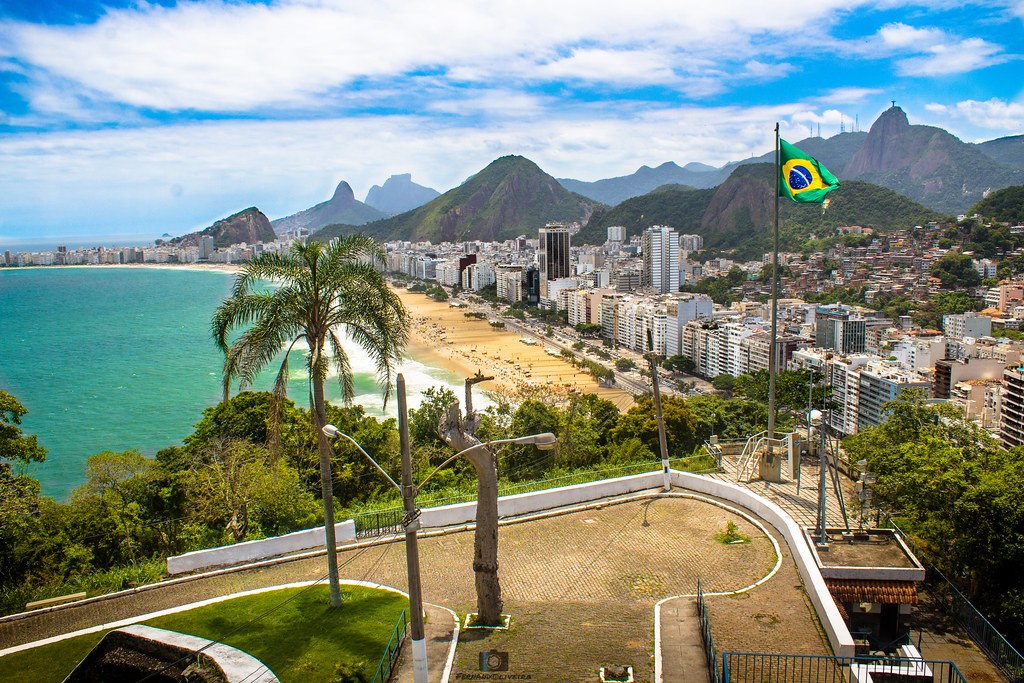 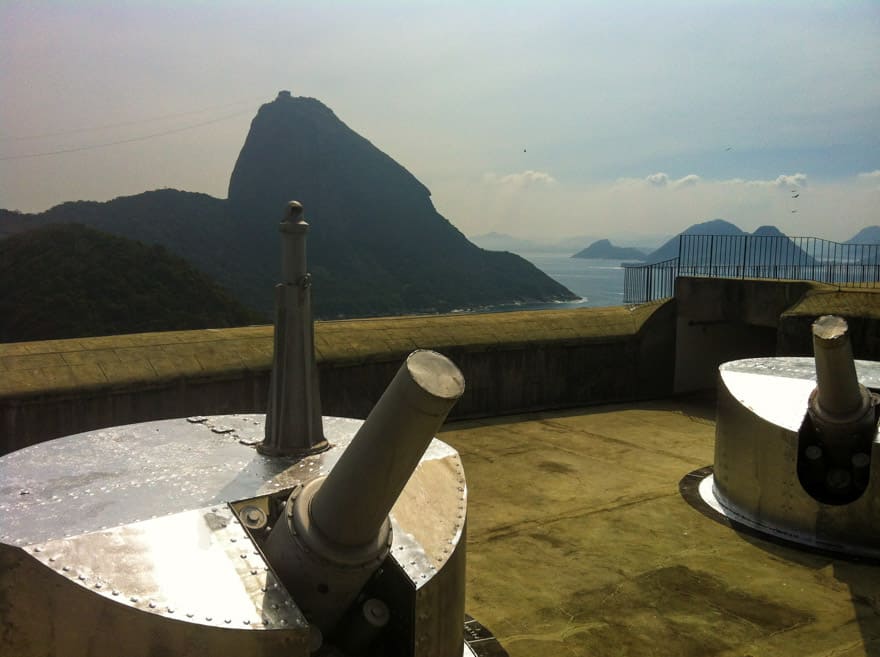 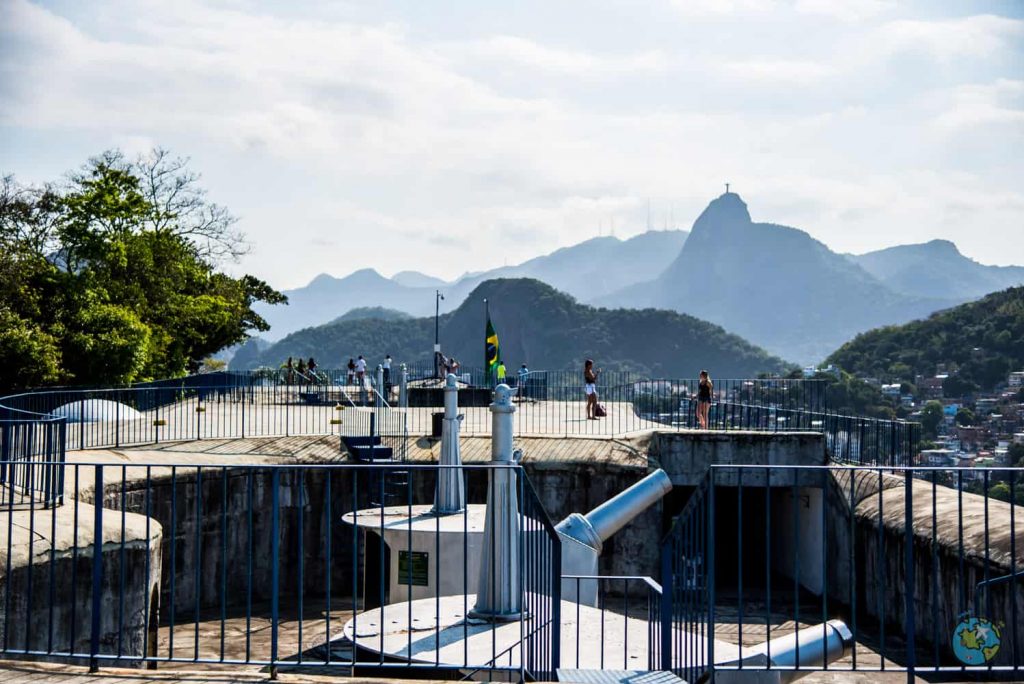 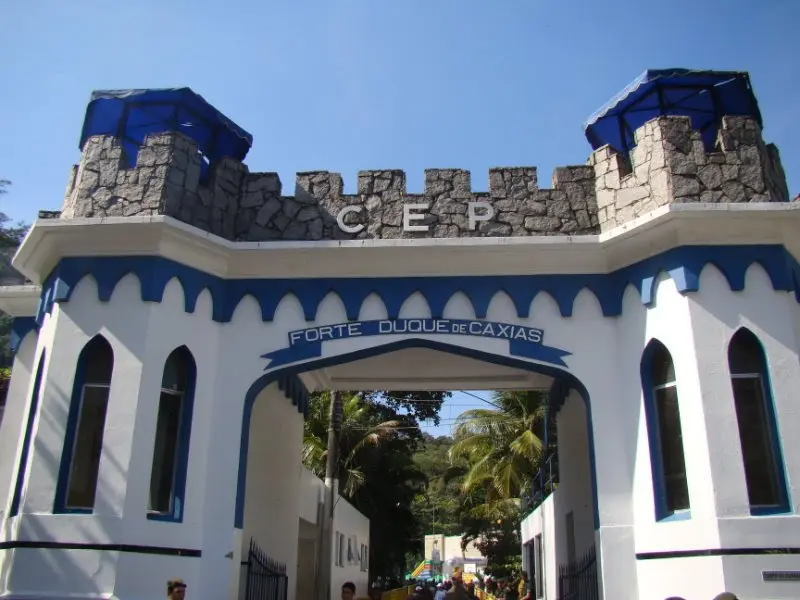 Duque de Caxias Fort, formerly known as Forte da Vigia, Forte da Espia and Forte do Leme, is located in the neighborhood of Leme, in the city of Rio de Janeiro, in the homonymous state in Brazil. It is located at the top of Morro do Leme.

Under the government of Viceroy D. Luís de Almeida Portugal (1769-1779), on the verge of a Spanish invasion that materialized in 1777 against the Colonia del Sacramento and the island of Santa Catarina, in the south of the Colony, it was ordered to construction of a small fort to defend any landing in that section to the south of the city, which took place between 1776 and 1779. The fortification became known as Forte da Vigia.

In 1789, the Vigia Fort was garrisoned by the Companhia dos Dragões de Minas, where Ensign Joaquim José da Silva Xavier – Tiradentes – served a few days before his arrest[1]

In the context of the Brazilian War of Independence (1822-1823), the fort was again garrisoned and artillery with five iron pieces of different calibers (1823).

It was unguarded, along with the other Brazilian fortifications, at the time of the Regency Period, in 1831.

After the Proclamation of the Brazilian Republic, it was renamed Forte do Leme in 1895 and, finally, in 1935, it adopted its current name: Forte Duque de Caxias.

the current fort
In 1913, with the works on the Copacabana Fort almost completed, the then President of the Republic, Hermes da Fonseca, decided to build a modern fortification on the site of the former colonial fort to defend the bar of Guanabara Bay.

As in Copacabana, the project for Forte do Leme was in charge of Colonel Engineer Augusto Tasso Fragoso, with the coordination of Major Arnaldo Pais de Andrade.[2] Completed and approved, the project was sent to Krupp in Essen (Germany) for updating and budgeting. The Germans redesigned it so that it could be executed with precast concrete pieces in Germany, recommending four 120 mm howitzers, whose projectiles would cross the high barriers constituted by the Urca and Sugarloaf hills, weapons to be manufactured under measure for this structure. The electrical part of the installation was in charge of the company AEG, from Berlin.

In the context of the First World War (1914-1918), even though its works had not been completed, the fort was garrisoned by the 11th Battery of the 4th Coast Artillery Group (GACos), under the command of Captain Manuel Pedro de Alcântara.[ 3] The force, comprising three officers and thirty-two soldiers, was temporarily housed in wooden barracks.

During construction, on September 7, 1915, in commemoration of Independence Day, spotlights were installed on top of Morro do Leme, promoting a simulated night attack on Rio de Janeiro, with the vessels of the Brazilian Navy passing by the Argentine Navy. At the time stipulated for the exercise, with the presence of the President of the Republic, ministers and authorities, the electrical installation failed, leaving the spotlights off. This failure caused embarrassment, and the matter was reflected in the press in the neighboring country.

With the conflict in progress, difficulties in transporting materials ended up delaying the civil work, which was completed in May 1917. In October 1917, as a result of the torpedoing of Brazilian ships during the conflict, Brazil declared war on Germany. For this reason, the German technicians, who carried out the installation and assembly work of the electrical and weapons systems, were removed, to resume activities only after 1918, at the end of the conflict.

Four 280 mm Krupp howitzers (effective range of 12 kilometers) were then installed in two wells excavated in the rock, protected by concrete casemates. With the work on the Peace Barracks, which houses the garrison at the foot of the hill, and the War Barracks, at the top of the hill, completed, but with the artillery still in the final stages of installation and assembly, the fort was finally inaugurated (January 9 from 1919).

With its artillery still inoperative, on July 5, 1922 the fort was hit by two cannon shots from Copacabana Fort, when the latter revolted (July 4-6).[4] One of the shots hit the officers’ mess, killing four soldiers and wounding four others; the other hit the boundary wall of the west sector building, destroying the Guard House.