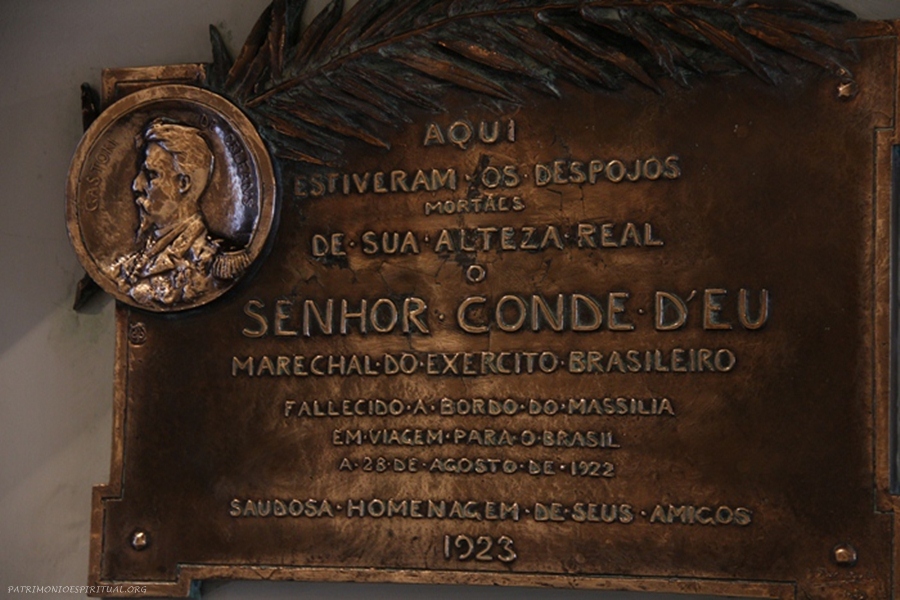 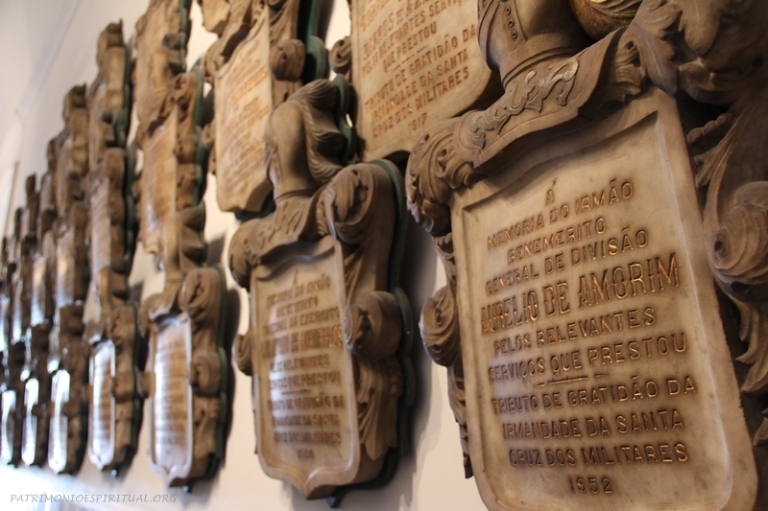 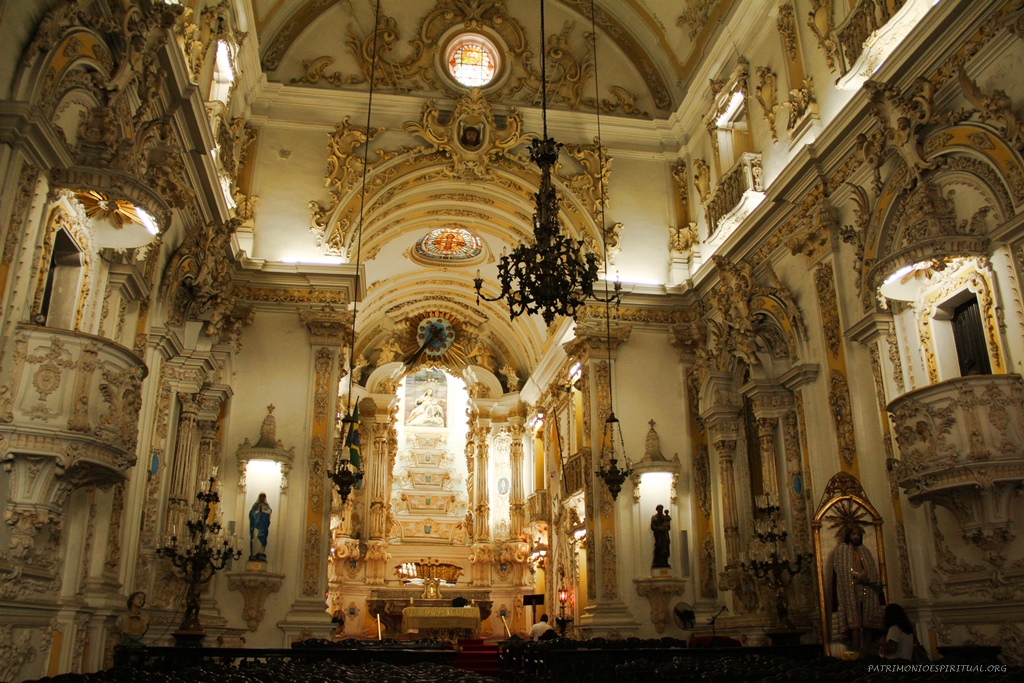 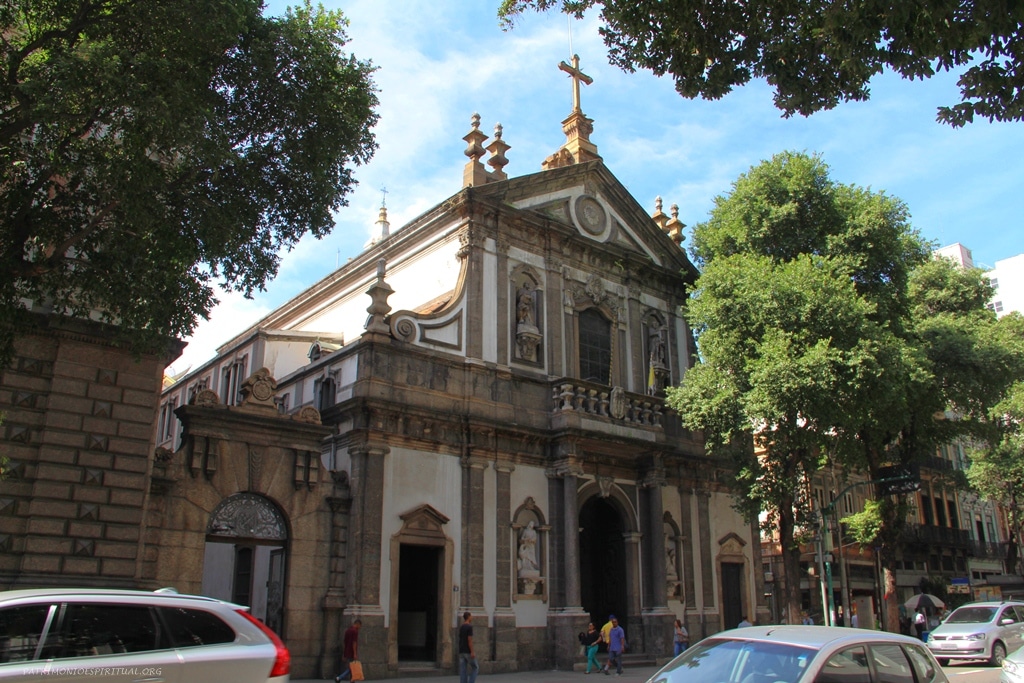 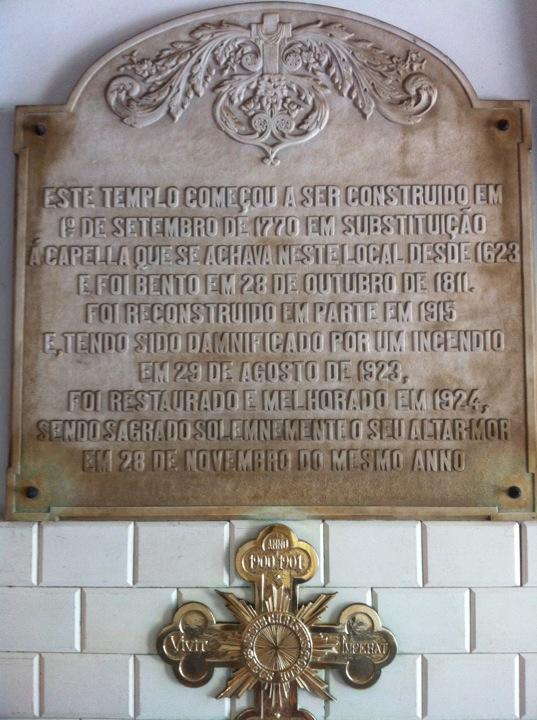 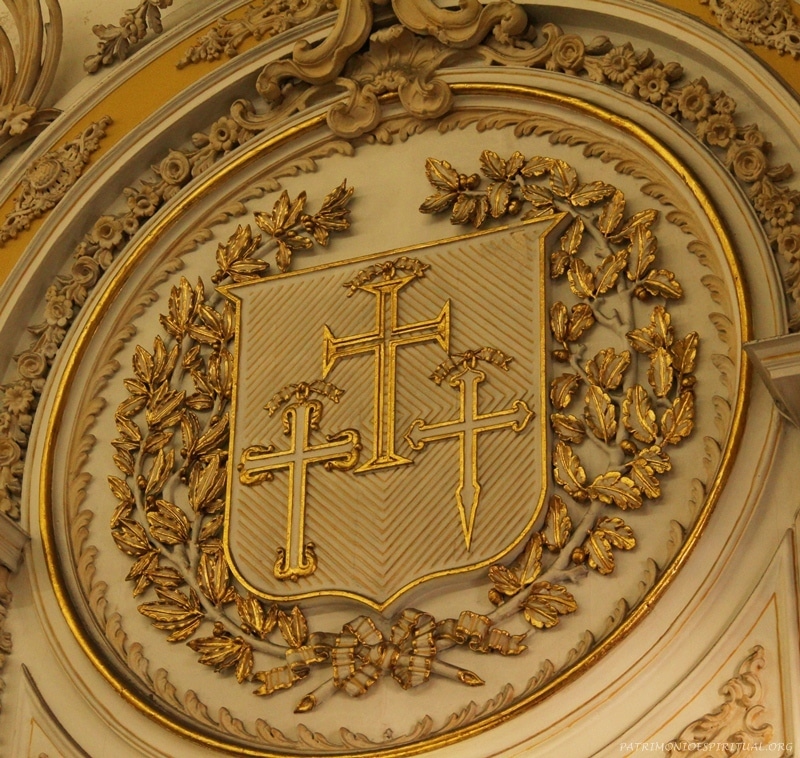 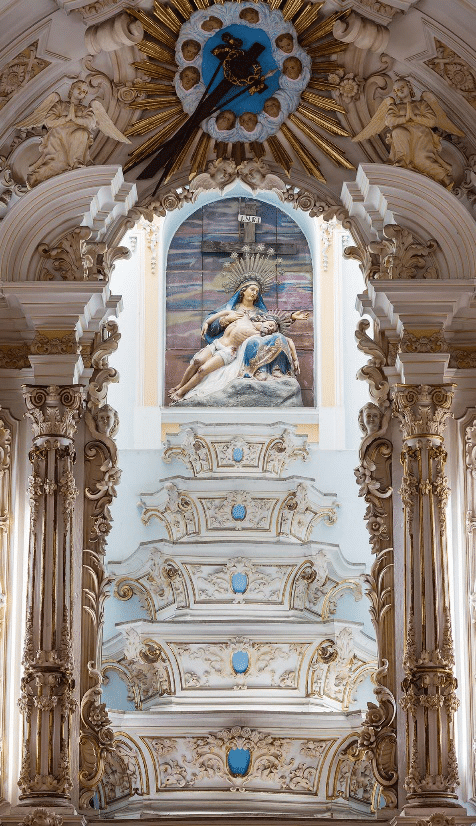 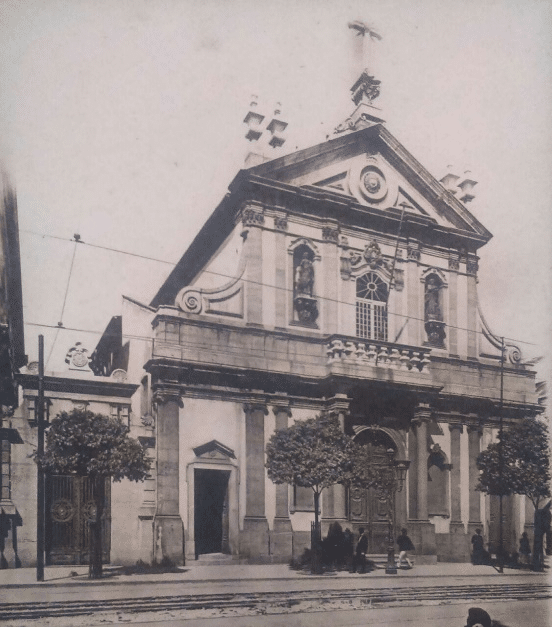 The Church of Santa Cruz dos Militares is a colonial church in the city of Rio de Janeiro that has the privilege of being attached to the Vatican Basilica, since 1923, by Pope Pius XI. Those who meet the proper conditions can receive a plenary indulgence when visiting. It is located in the city center, at Rua Primeiro de Março, 36.

The site of the current church was originally occupied by a fort, Forte da Santa Cruz, Military Unit of the Portuguese Colonial Army, built on the seashore by Governor Martim Correia de Sá in the early 17th century. Between 1623 and 1628, with the fort in disuse, a chapel was built on the site, in which the city’s military founded a Brotherhood, which carried out social assistance functions. The city’s cathedral also functioned in the chapel between 1703 and 1733.

In the following century, it was decided to rebuild the church, which took place between 1780 and 1811. Prince-Regent D. João, who arrived in Rio in 1808, was present at the inauguration. The project for the new building is attributed to the Portuguese military engineer José Custódio de Sá e Faria, who designed a baroque church with neoclassical influences.

Twice it was considered an Imperial Church, the first being by Dom Pedro I on December 3, 1828 and the second in 1840 by his son Dom Pedro II.

View of Rua Direita (currently Primeiro de Março) and Church of Santa Cruz dos Militares, painted by the Englishman Richard Bate in the early 19th century. The bell tower is at the back of the church.

Facade
The façade of Santa Cruz dos Militares, in neoclassical style, is similar to that of the famous Jesuit church in Rome (Il Gesú, 1568-1575), as well as to the Church of Nossa Senhora dos Mártires, in the center of Lisbon, which had been built a little earlier (1768-1774). Like these two churches, the façade has a second floor that is narrower than the first, flanked by large volutes and surmounted by a triangular pediment. The first floor uses pilasters with Ionic capitals and the second Corinthian, denoting classical influences, while the shape of the large windows follows the Baroque and Rococo models. The main window has a balcony supported by the entrance columns of the portal.

The facade also deviates from the most followed model in colonial Rio de Janeiro as it is not flanked by two towers, as the church bell tower is located at the rear of the building. Currently, the four niches on the facade have statues of the Evangelists brought from Italy in 1926. The two original wooden statues in the upper niches, representing Saint Matthew and Saint John the Evangelist, were made by Mestre Valentim and are now in the National Historical Museum.

Interior
The church has a single nave with two side aisles. The chancel, cross arch and part of the nave, including the altars of Nossa Senhora das Dores and São Pedro Gonçalves, have rococo carvings by Mestre Valentim, sculpted between 1802 and 1812. Unfortunately, a fire in 1923 destroyed the high altar. , which had to be rebuilt in mortar according to the original. The nave with altars, tribunes and panels with coats of arms displays an exuberant carving work completed in 1853 by Antônio de Pádua e Castro. The church organ was inaugurated by the Rio organist Antônio Silva.

Personalities
They were protectors of the brotherhood D. João VI, D. Pedro I (which granted him the title of Imperial) and D. Pedro II, while among the providers stand out Martim Correia de Sá, Luís Alves de Lima e Silva (Duque de Caxias , patron of the Brazilian army) and the Count D’Eu.