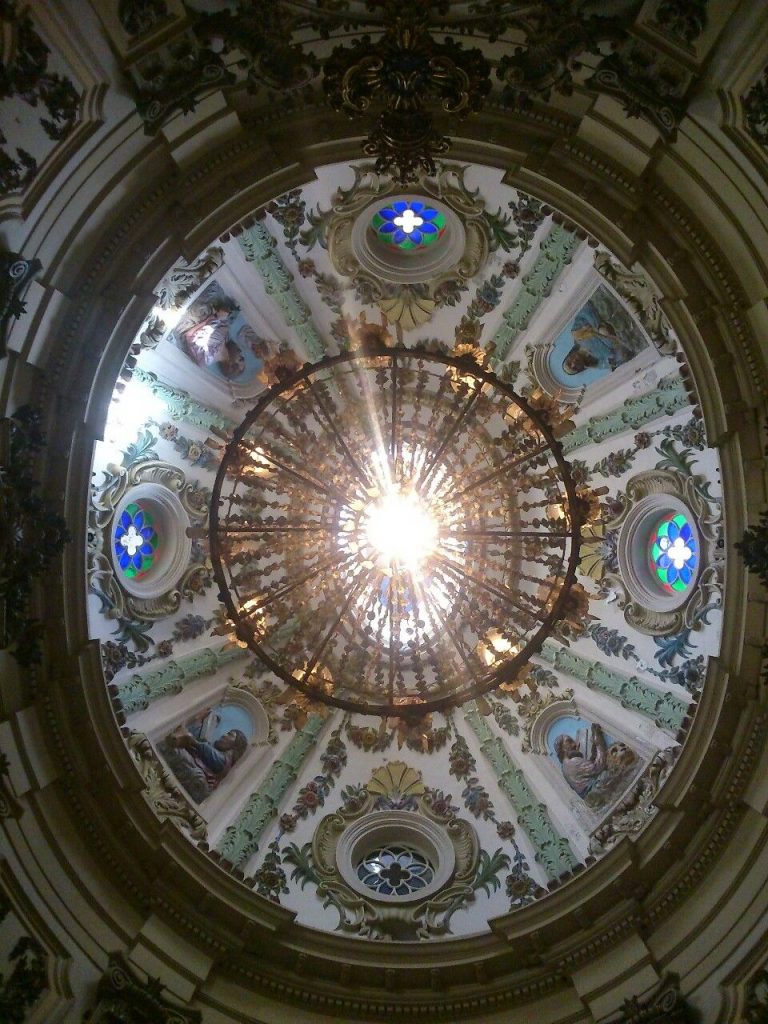 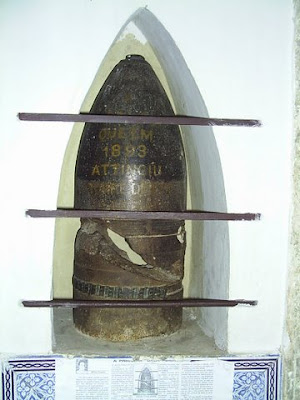 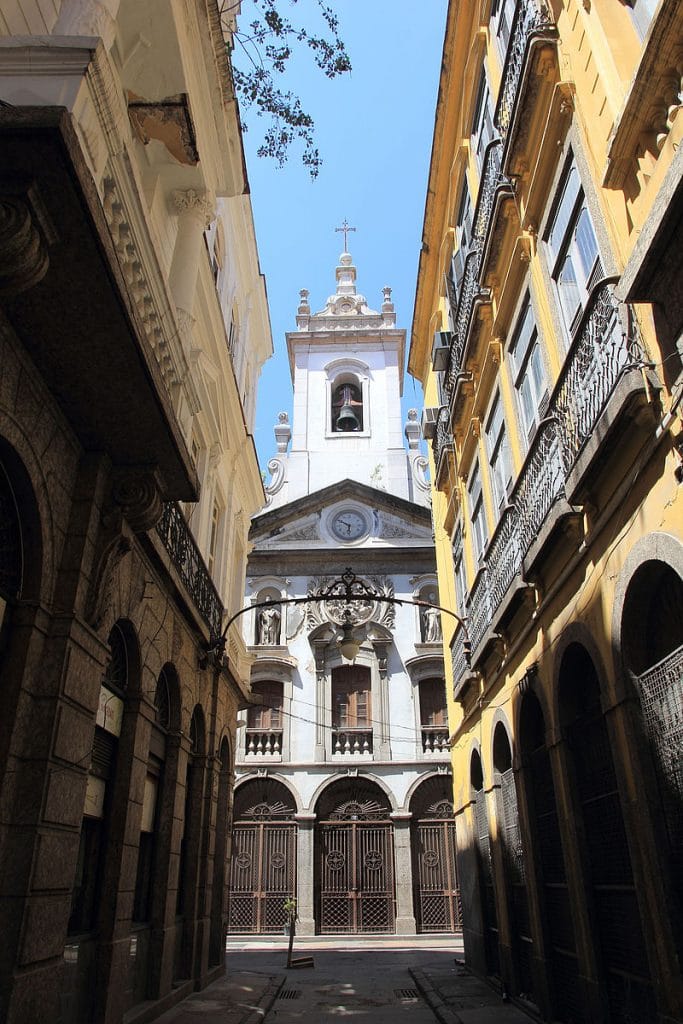 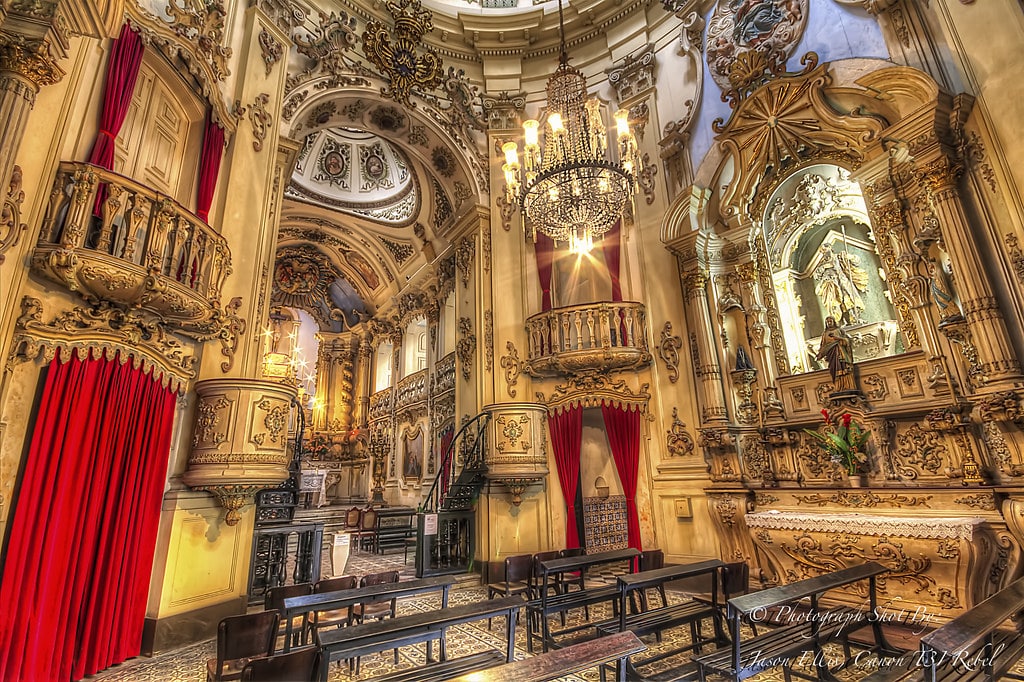 The temple dates back to a small oratory built in 1743 by merchants and residents of the area, on the corner of a house on the stretch in front of Rua da Cruz (behind the current Church of Santa Cruz dos Militares), under the invocation of Nossa Senhora da Lapa. of the Merchants.[1] A few years later, on June 20, 1747, these merchants got together and formed a brotherhood to build a temple under the invocation of Nossa Senhora da Lapa, also known as “Church of Merchants”.

The royal provision for its construction was issued on the 4th of November of the same year, and in the following December the foundations of the temple were laid. Work progressed rapidly, so that on August 6, 1750, the part of the temple ready for worship was consecrated. From 1753 to 1755, the work continued until its conclusion. The interior decoration was completed in 1766.

In the second half of the 19th century, between 1869 and 1879, the temple underwent extensive remodeling works.

At the outbreak of the Second Revolt of the Brazilian Navy, a shot fired by the Battleship Aquidabã hit the bell tower of this church (September 25, 1893), knocking down the statue alluding to the Religion, which, despite falling from more than 25 meters in height, suffered little damage, which was considered miraculous at the time. Both the statue and the projectile that hit it are now on display in the sacristy. The first carillon in the city was later installed in the tower, prior to that of the Church of São José.