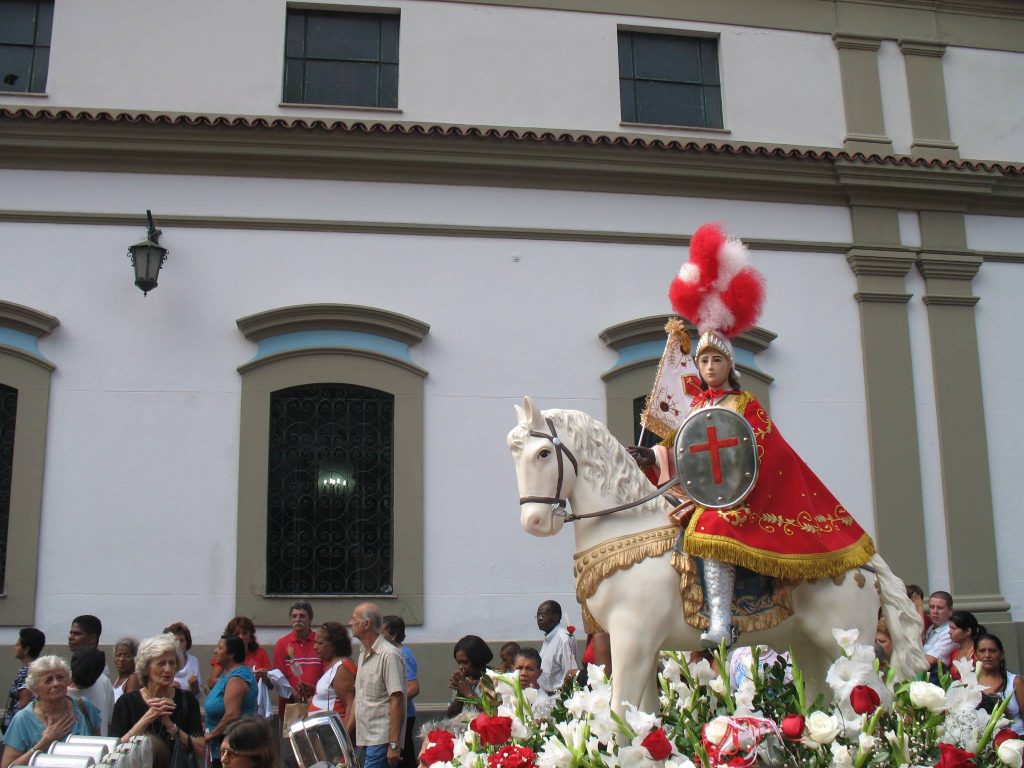 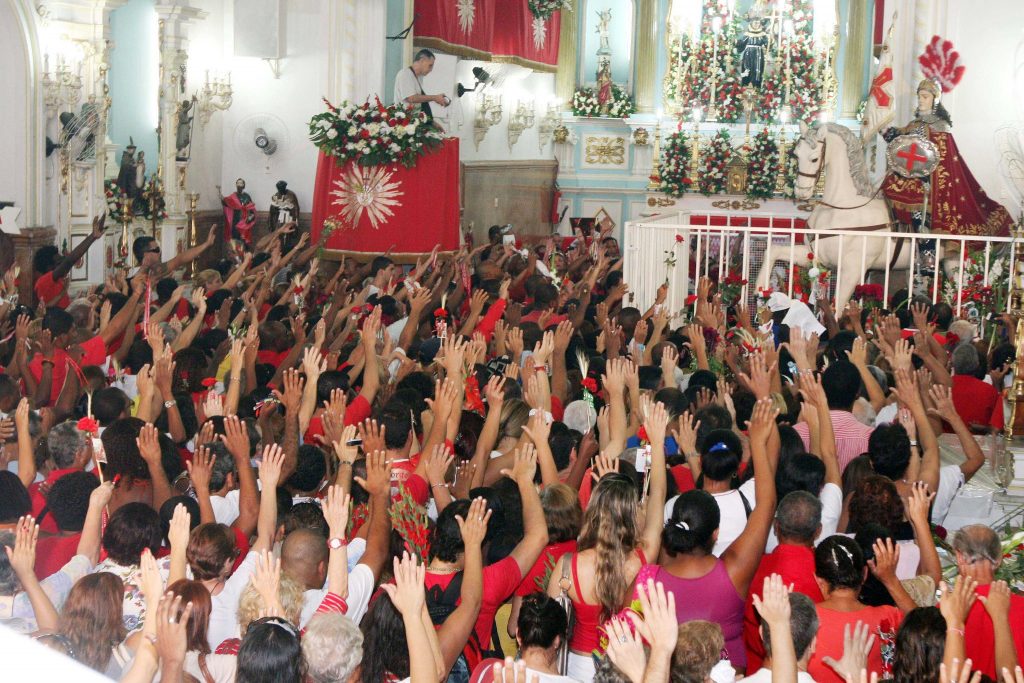 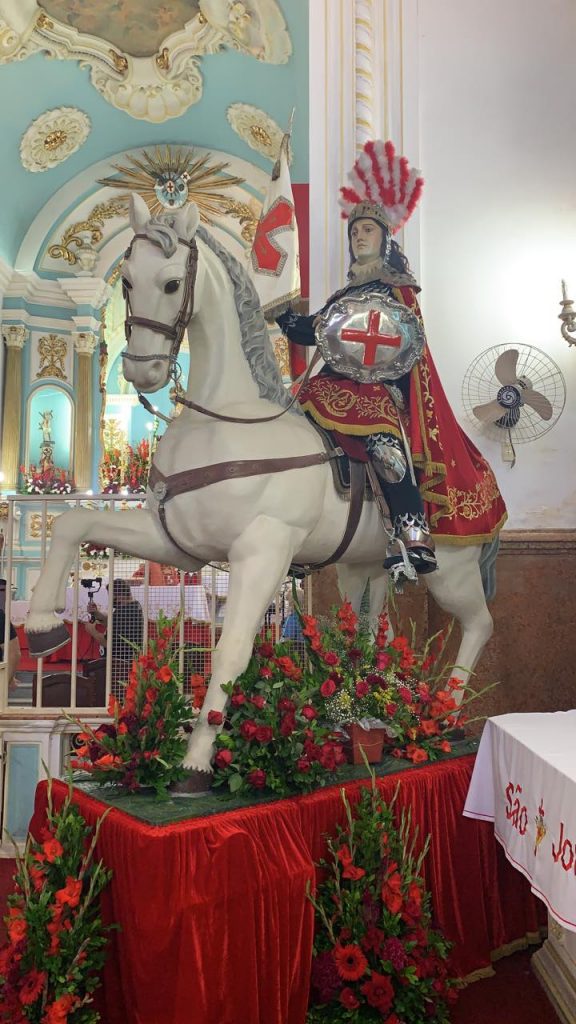 The Church of São Gonçalo Garcia was founded in December 1758.
The patron saint of the Venerable Confraria, standing on the corner of Rua da Alfândega and Praça da República, was São Gonçalo Garcia, a Franciscan who suffered martyrdom in Japan in 1597, and was already canonized in 1617. His iconography is of a young man pierced by two spears with the tip of the left ear cut off, and thus it is represented in one of the niches of the high altar.
In 1850, on the corner of the current streets Gonçalves Ledo and Luís de Camões, formerly Rua de São Jorge, the already old Brotherhood of São Jorge, existing since 1741, was involved in the maintenance of its Church, which was in a precarious state. and threatened to fall, he asked for shelter in São Gonçalo Garcia, until the works were completed. As this did not happen, the Church was demolished in 1855. The area was sold and the Irmandade de São Gonçalo Garcia definitively assumed responsibility for housing the image. The two Brotherhoods came together and the Venerable Confraternity of the Glorious Martyrs São Gonçalo Garcia and São Jorge was founded.
Initially, the image of Saint George was located where the Calvary exists today, then a chapel for the saint was built.
Currently, the Brotherhood of the Venerable Confraternity has approximately seven thousand brothers and sisters.
The Church’s internal decoration shows traces of Rococo coexisting with neocolonial elements introduced by a renovation carried out in 1913. The neocolonial, a movement in vogue at the beginning of the 20th century, can be seen as a creative rescue, lending itself to the Church to be a model of its decorative principles among the churches of Rio de Janeiro.
The volumetry and the facade of the temple are similar to the small Rococo churches in the center of the city. But its tower establishes a contrast with the rest of the ensemble that marks the arrival of the neoclassical.
But it is in the attached Chapel, on the left side of the nave, that the great icon is located, the bicentennial image of Saint George, who later received as a gift a carved wooden horse painted in white, mounted by the figure of the knight, shield on his arm. (weighing, together with the image, more than five hundred kilos and about two meters and eighty centimeters in height, implanted in a metallic structure with iron wheels), white and red feathers on the helmet, red cape, waiting for visitors who wish to see the most popular Saint in the country up close.