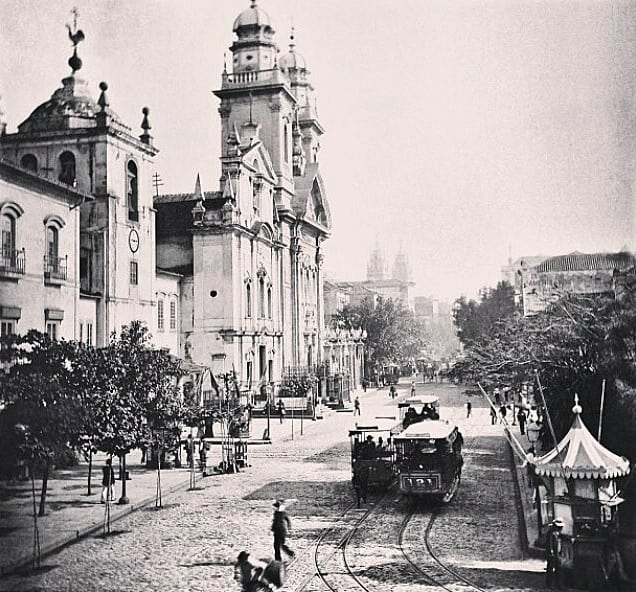 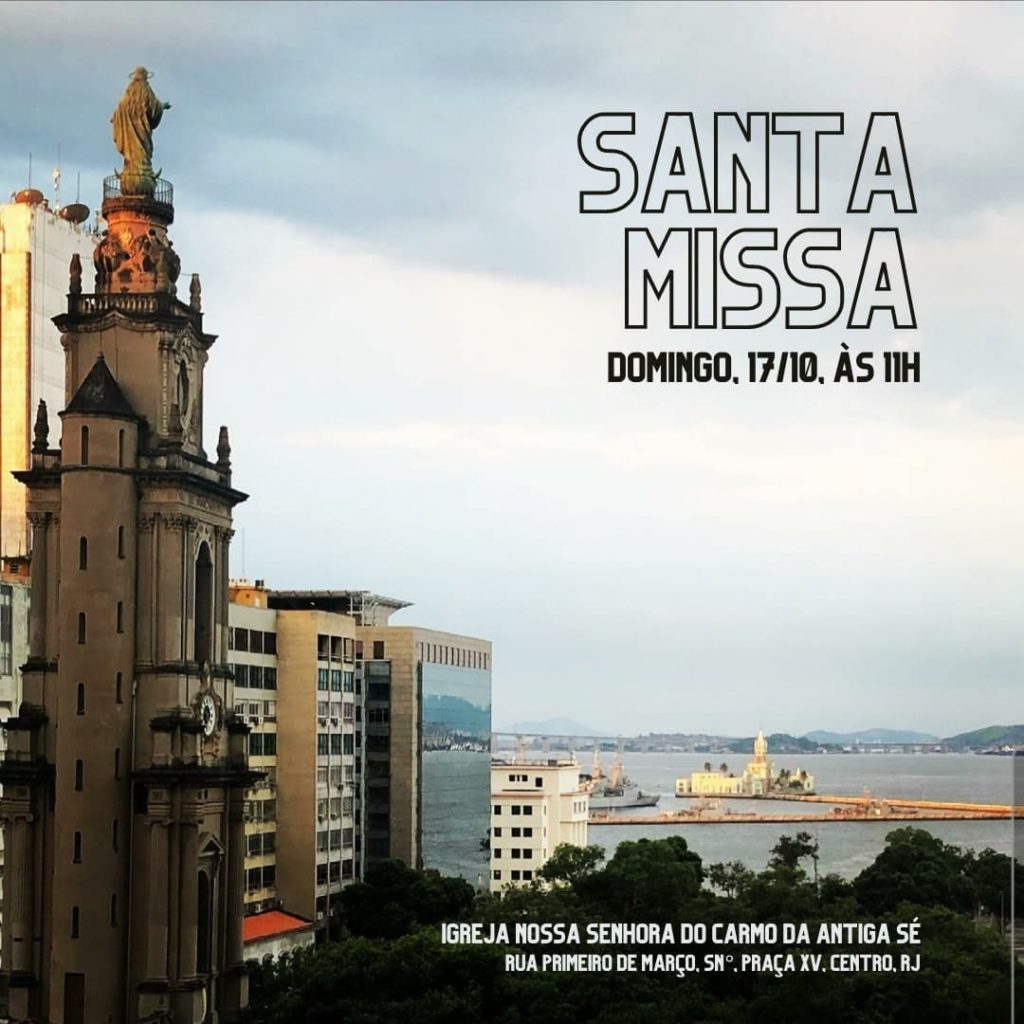 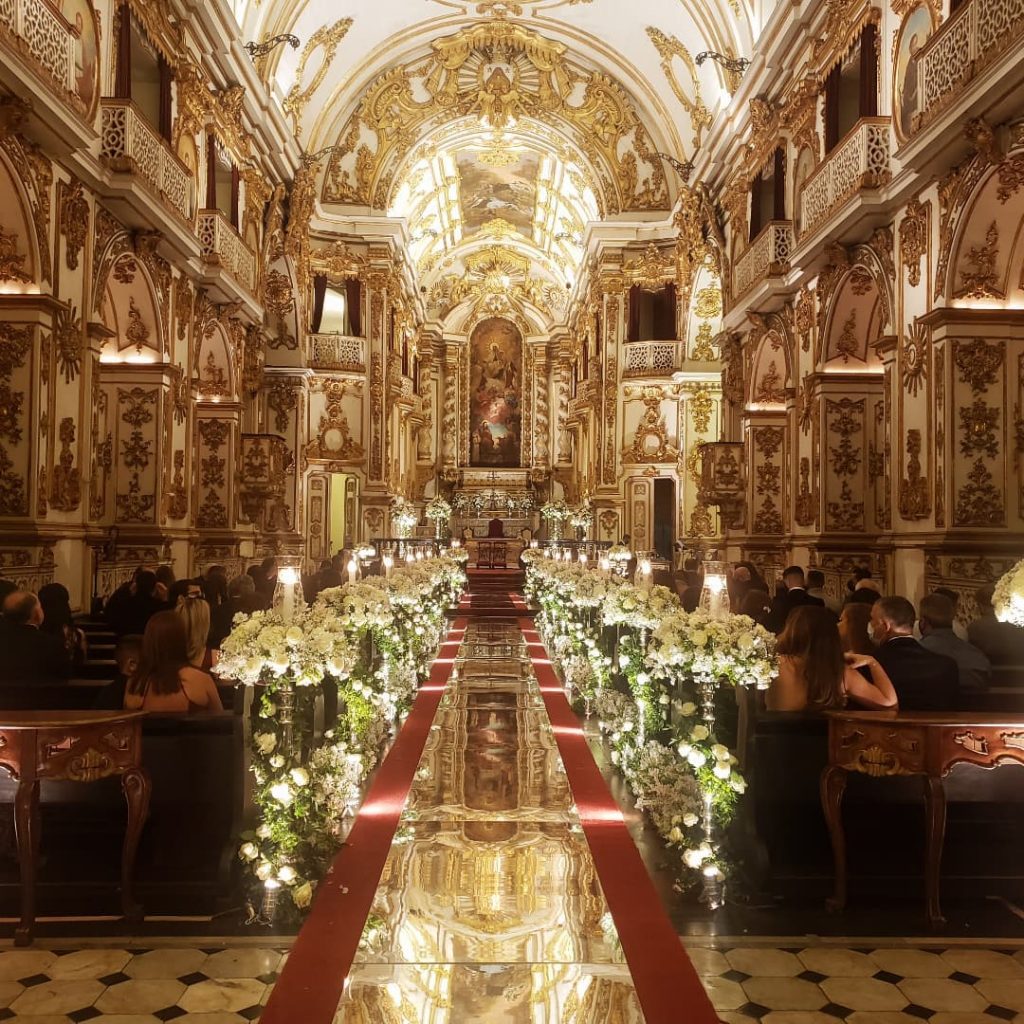 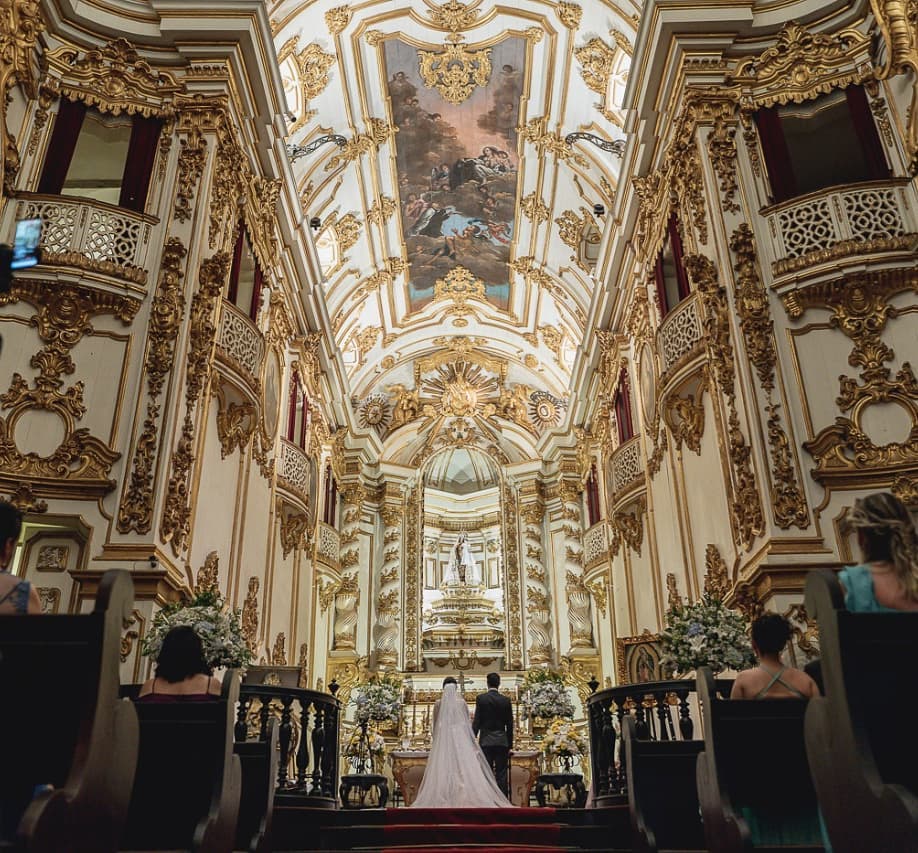 The Old Cathedral was the stage for some of the most important moments in this history, such as the coronation of Dom Pedro I and Dom Pedro II, as well as the setting for royal weddings.

The Church was born as a small chapel dedicated to Nossa Senhora do Ó, built a few years after the Portuguese occupation. The excavations carried out during the renovation carried out in 2008 revealed traces of mangroves, which indicates that it was probably built very close to the sand and facing the sea. Or rather, as tradition dictated at the time, turned to Portugal.

When the Carmelite order arrived in Brazil, around 1590, they occupied the facilities of the Benedictines, including the chapel, which was converted into the Chapel of the Order of Carmo.

In 1619, the friars began the construction of a convent, next to the chapel and joined the two buildings by a tower with a concierge, later demolished to extend Rua Sete de Setembro (the existing tower is from the 20th century, built by Cardinal Green arch).

The convent, with two floors and 13 windows each, facing Praça XV de Novembro, would later be occupied by Queen Maria. Years later, the chapel, which was in disrepair, collapsed and around 1761, a new temple was built. The current temple, built by Master Manuel Alves Setúbal, with the narthex already facing the sea (the old chapel, however, was facing the convent).

Master Inácio Ferreira Pinto created the beautiful gilded carvings in the Rococo style. As for the exterior, only the first floor of the façade, with the three portals in Lisbon’s Pombaline style, is still original. It was this church that, in 1808, D. João VI turned into the Royal Chapel when he arrived in Brazil. The royal family was installed in the then Palace of the Viceroys, which today is the Imperial Palace, located in Praça XV.

Until 1976, when the Metropolitan Cathedral was inaugurated, the Old Cathedral was the church where some of the most important ceremonies in the history of Brazil took place. After the death of Dona Maria I, in 1816, the church gained a new bell and a new bell tower for the acclamation of D. João VI as king, on March 20 of the same year. Later, on December 10, 1822, with the coronation of D. Pedro I as emperor and with Brazil already independent from Portugal, time became the Imperial Chapel.