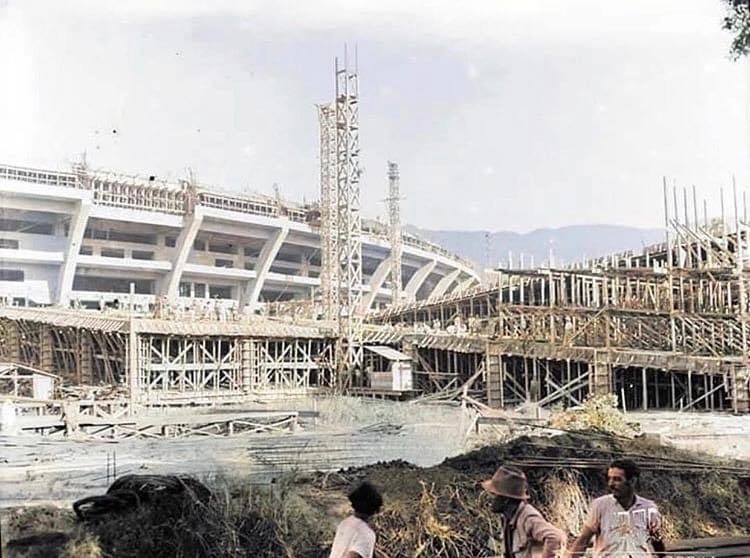 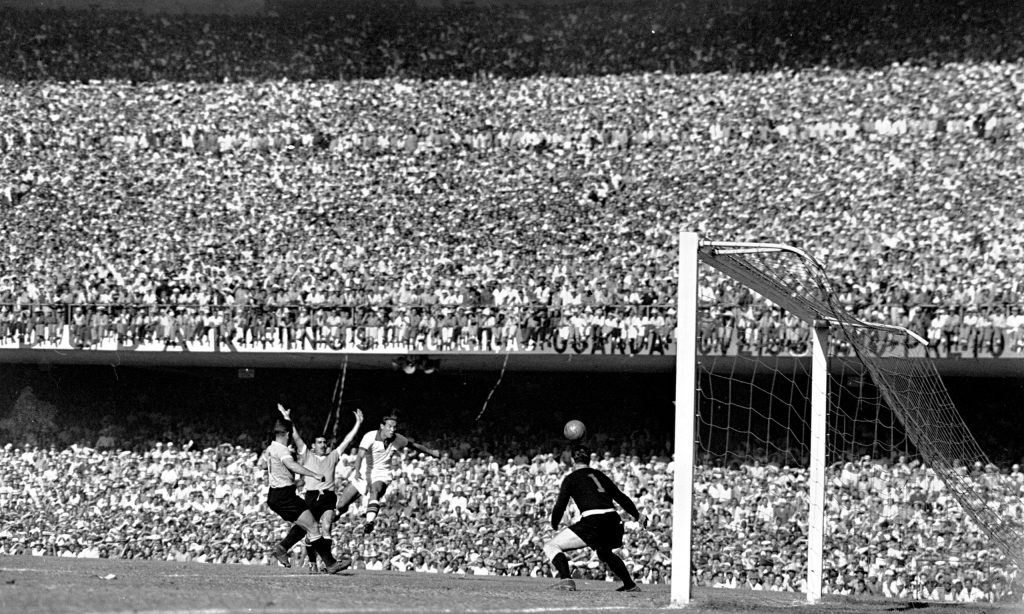 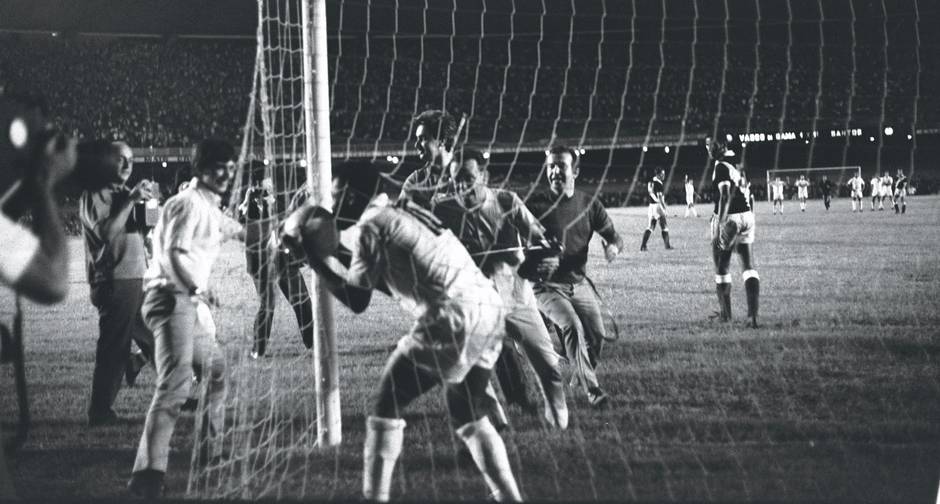 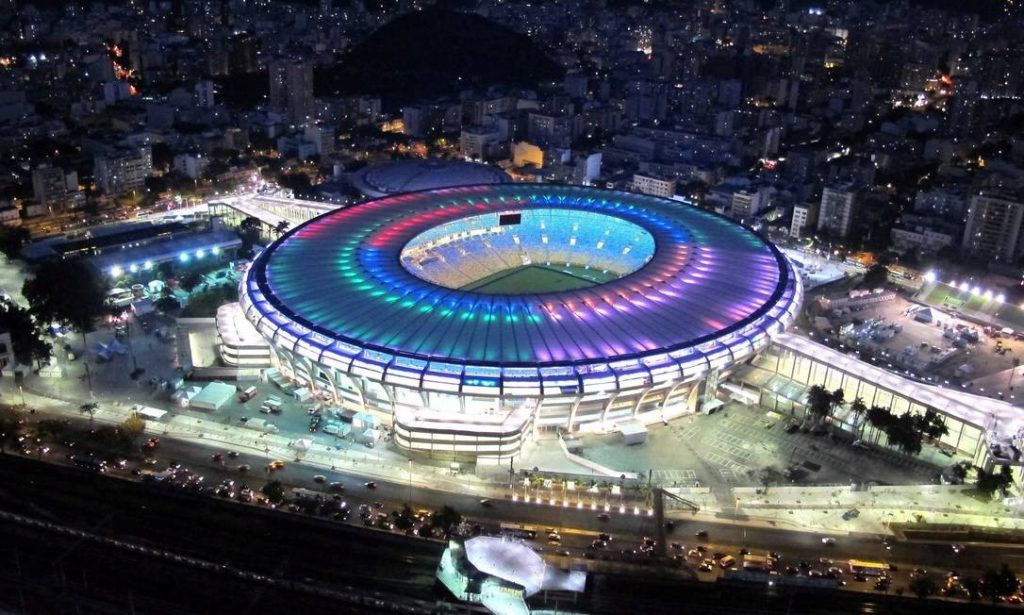 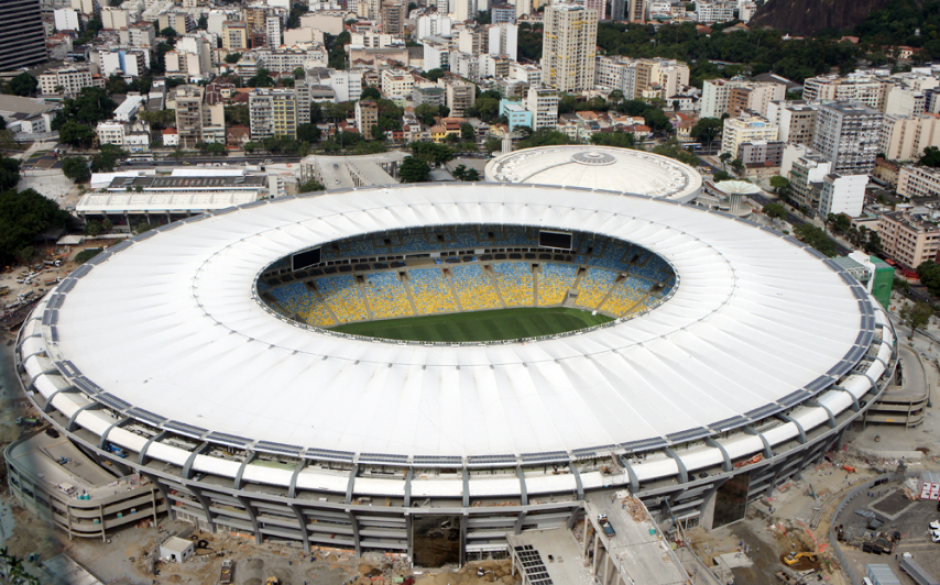 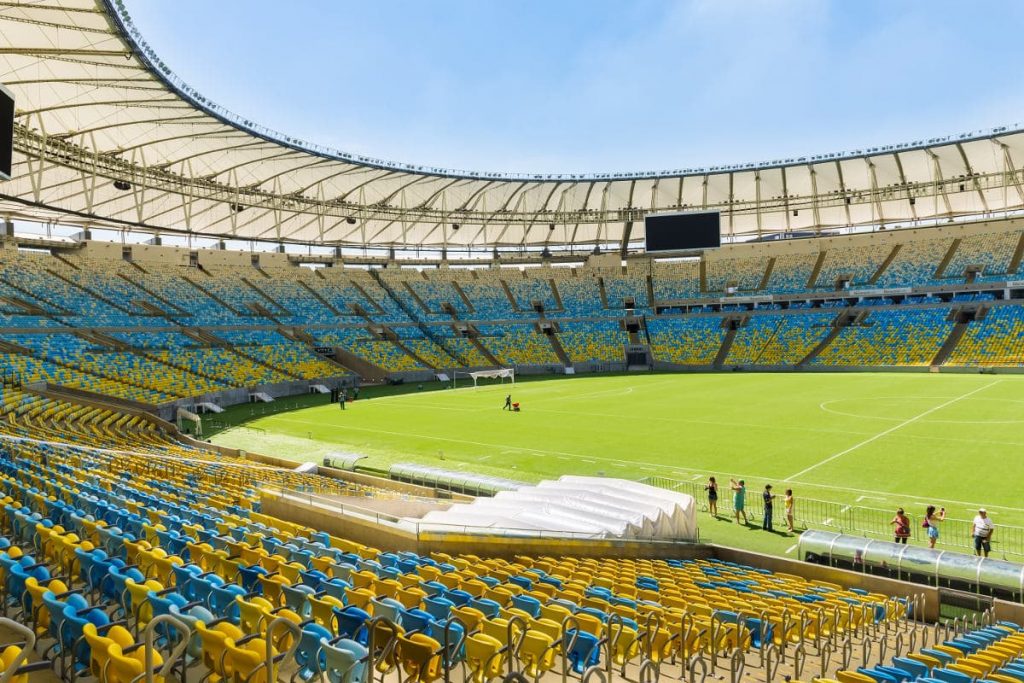 Maracanã Stadium (Portuguese: Estádio do Maracanã, standard Brazilian Portuguese: [esˈtadʒi.u du maɾakɐˈnɐ̃], local pronunciation: [iʃˈtadʒu du mɐˌɾakɐˈnɐ̃]), officially named Estádio Jornalista Mário Filho (IPA: [iʃˈtadʒ(i)u ʒoʁnaˈliʃtɐ ˈmaɾi.u ˈfiʎu]), is an association football stadium in Rio de Janeiro, Brazil. The stadium is part of a complex that includes an arena known by the name of Maracanãzinho, which means “The Little Maracanã” in Portuguese. Owned by the Rio de Janeiro state government, the stadium is now managed by the clubs Flamengo and Fluminense. It is located at the Maracanã neighborhood, named after the Rio Maracanã, a now canalized river in Rio de Janeiro.

The stadium was opened in 1950 to host the FIFA World Cup, in which Brazil was beaten 2–1 by Uruguay in the deciding game, in front of a still standing record attendance of 199,854 spectators, on 16 July 1950. The venue has seen attendances of 150,000 or more at 26 occasions, the last being on 29 May 1983, as 155,253 spectators watched Flamengo beat Santos, 3–0. The stadium has seen crowds of more than 100,000 284 times. But as terraced sections have been replaced with seats over time, and after the renovation for the 2014 FIFA World Cup, its original capacity has been reduced to the current 78,838, but it remains the largest stadium in Brazil. The stadium is mainly used for football matches between the major football clubs in Rio de Janeiro, including Flamengo, Fluminense, Botafogo, and Vasco da Gama. It has also hosted a number of concerts and other sporting events.

The total attendance at the last (and indeed decisive game, but not a final) game of the 1950 World Cup was 199,854, making it the world’s largest stadium by capacity when it was inaugurated. After its 2010–2013 renovation, the rebuilt stadium currently seats 78,838 spectators, making it the largest stadium in Brazil and the second in South America after Estadio Monumental in Peru.[5] It was the main venue of the 2007 Pan American Games, hosting the football tournament and the opening and closing ceremonies. The Maracanã was partially rebuilt in preparation for the 2013 FIFA Confederations Cup, and the 2014 World Cup, for which it hosted several matches, including the final. It also served as the venue for the opening and closing ceremonies of the 2016 Summer Olympics and Paralympics, with the main track and field events taking place at the Estádio Olímpico.