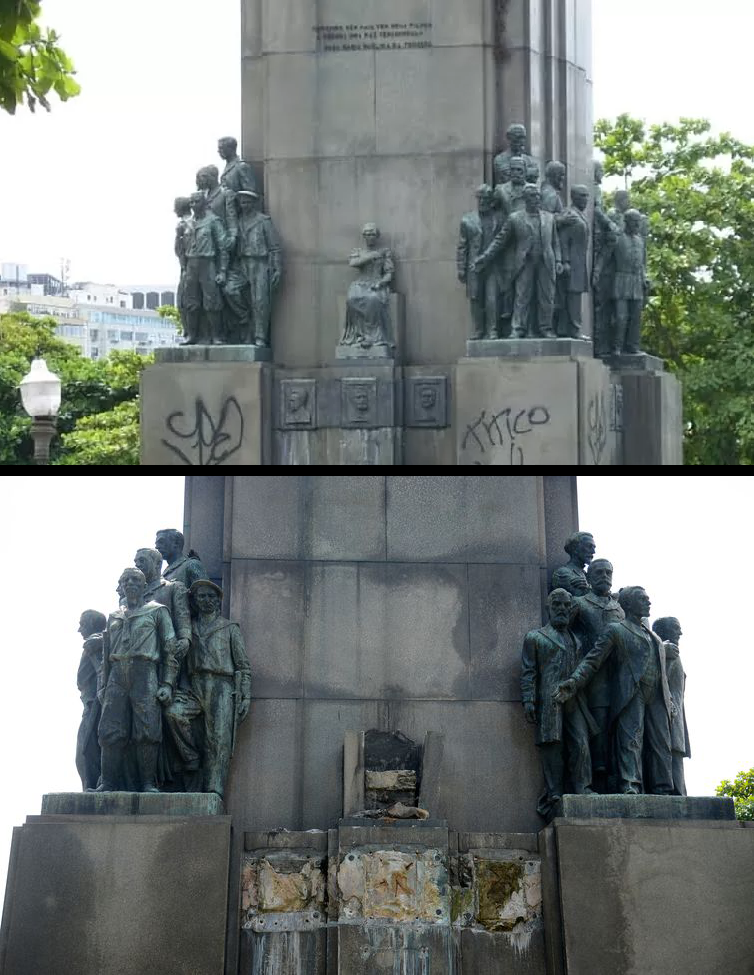 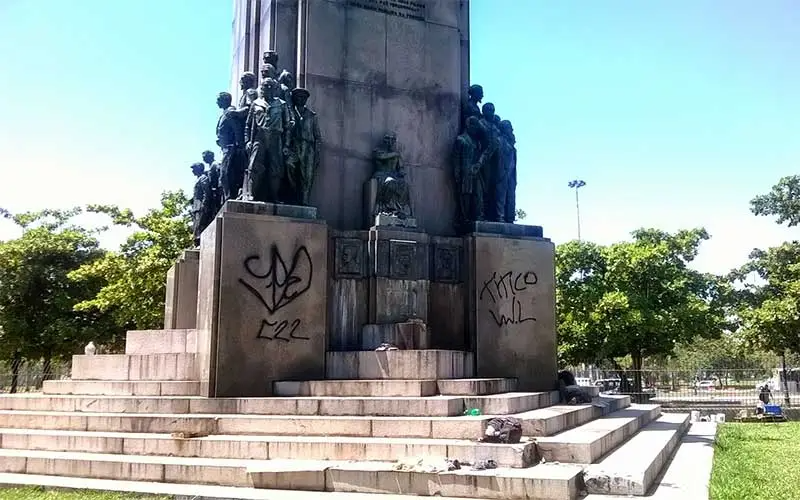 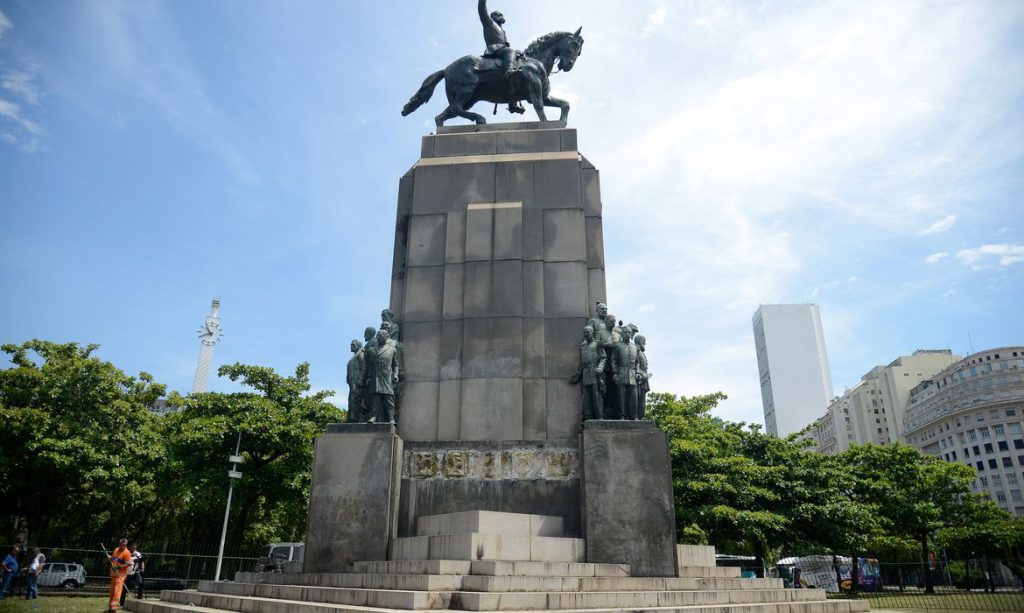 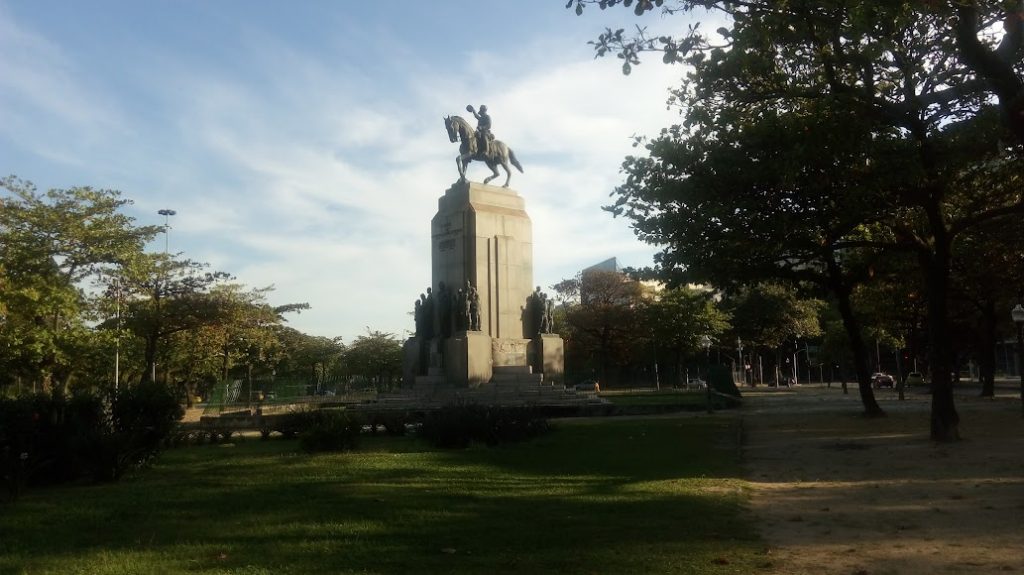 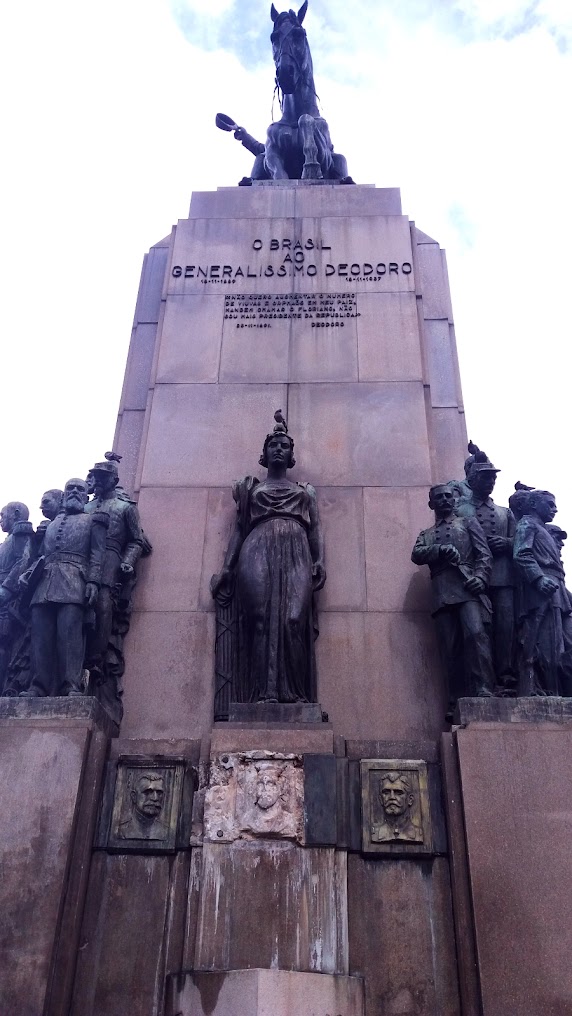 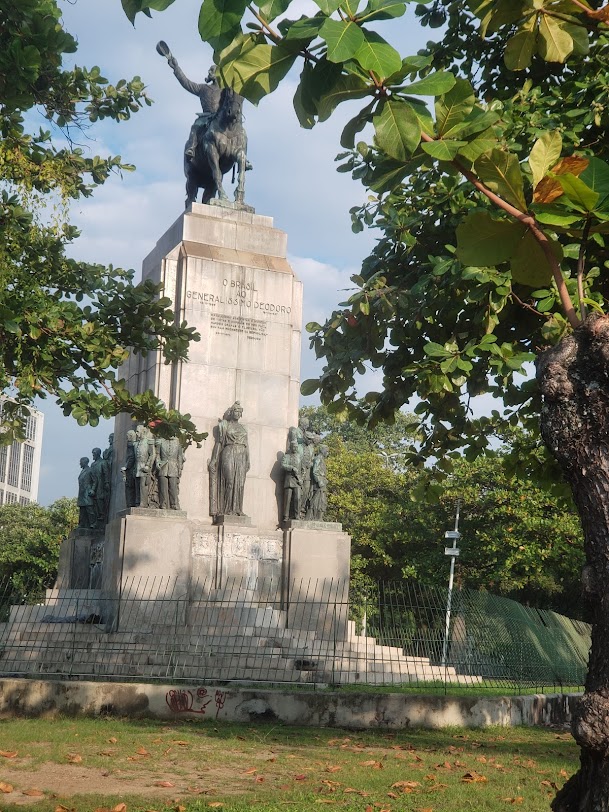 The bronze sculpture weighs about 400 kilos, is around two meters high and represents the Marshal’s mother, Rosa Paulina da Fonseca.

Manuel Deodoro da Fonseca (Portuguese pronunciation: [mɐnuˈɛw deoˈdɔɾu da fõˈsekɐ]; 5 August 1827 – 23 August 1892) was a Brazilian politician and military officer who served as the first president of Brazil. He was born in Alagoas in a military family, followed a military career, and became a national figure. Fonseca took office as provisional president after heading a military coup that deposed Emperor Pedro II and established the First Brazilian Republic in 1889, disestablishing the Empire. After his election in 1891, he stepped down the same year under great political pressure when he dissolved the National Congress. He died less than a year later.