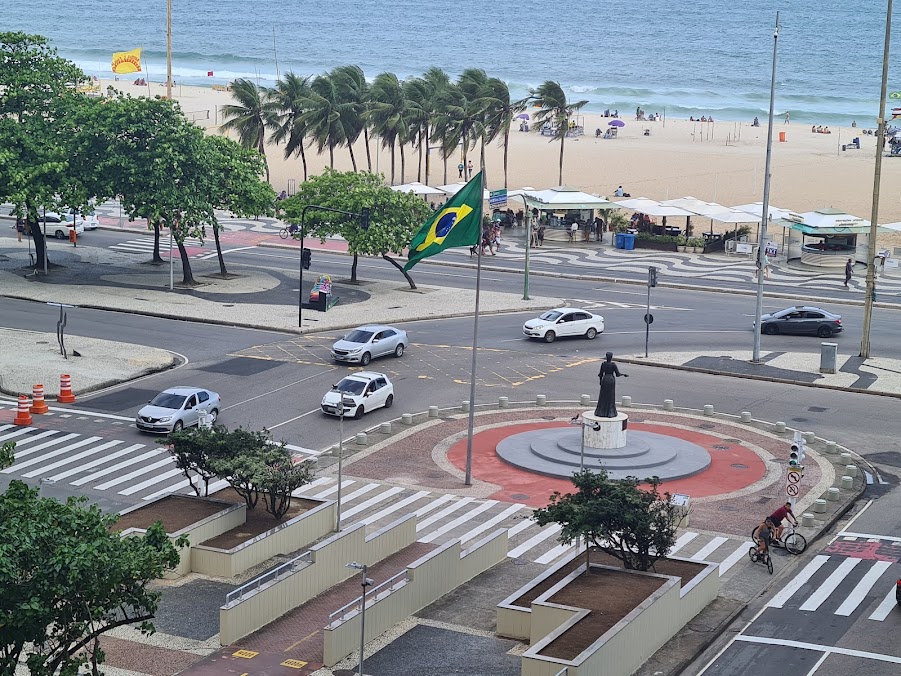 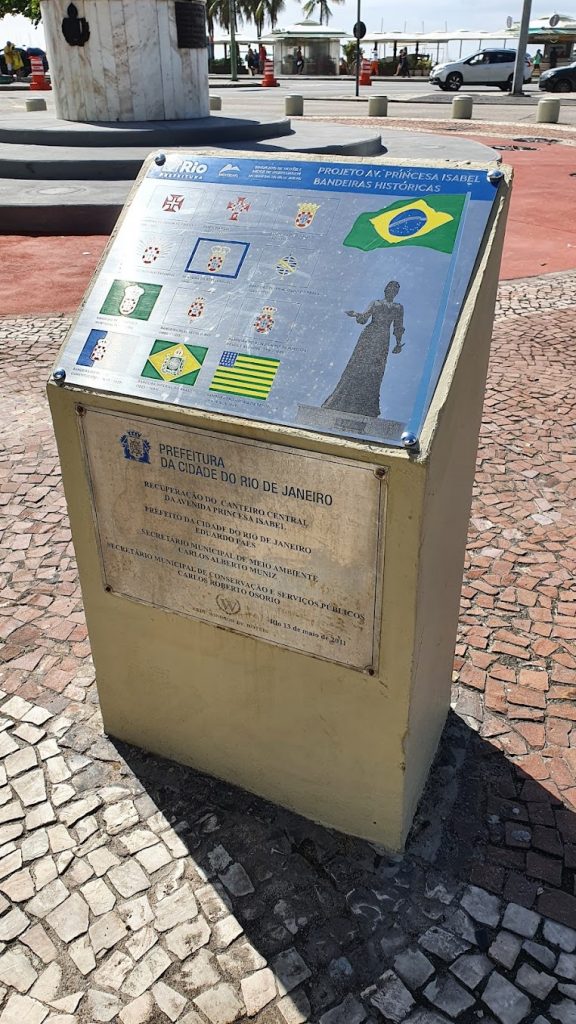 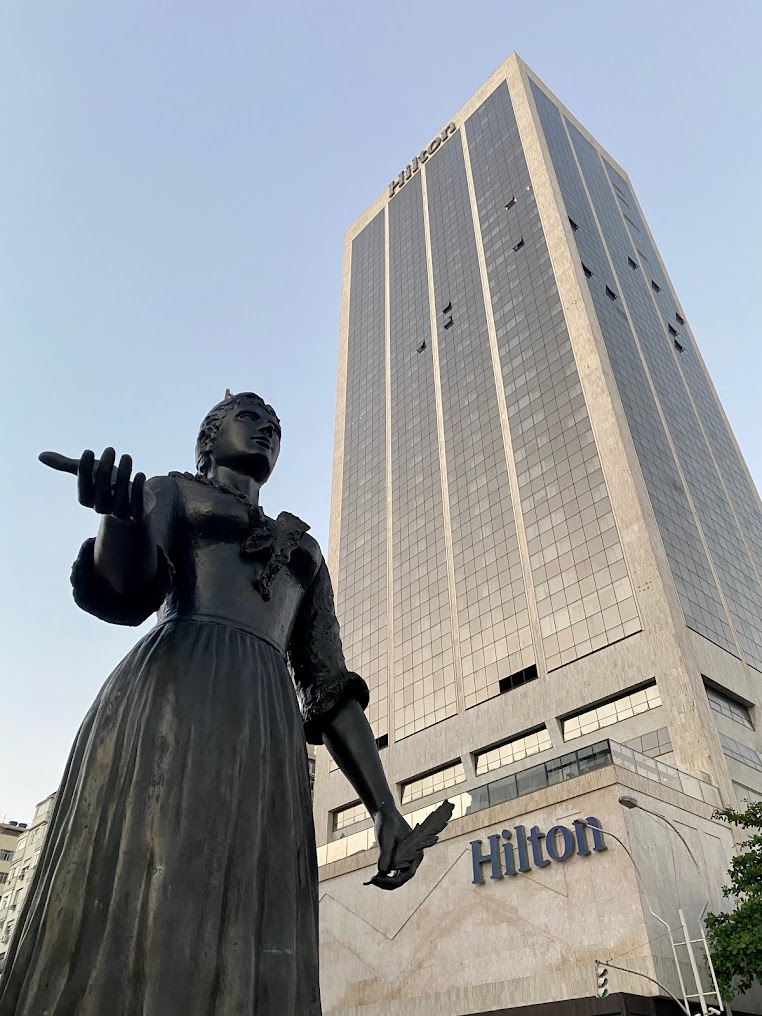 Statue honoring a monarch who abolished slavery in Brazil.

Dona Isabel (29 July 1846 – 14 November 1921), nicknamed “the Redemptress”, was the Princess Imperial (heir presumptive to the throne) of the Empire of Brazil and the Empire’s regent on three occasions. Born in Rio de Janeiro as the eldest daughter of Emperor Pedro II and Empress Teresa Cristina, she was a member of the Brazilian branch of the House of Braganza (Portuguese: Bragança). After the deaths of her two brothers in infancy, she was recognized as her father’s heir presumptive. She married a French prince, Gaston, Count of Eu, in an arranged marriage, and they had three sons.

During her father’s absences abroad, Isabel acted as regent. In her third and final regency, she actively promoted and ultimately signed a law, named Lei Áurea or the Golden Law, emancipating all slaves in Brazil. Even though the action was broadly popular, there was strong opposition to her succession to the throne. Her gender, strong Catholic faith and marriage to a foreigner were seen as impediments against her, and the emancipation of the slaves generated dislike among powerful planters. In 1889, her family was deposed in a military coup, and she spent the last 30 years of her life in exile in France.

Open mass on 17 May 1888 commemorating the abolition of slavery. Isabel and her husband can be seen under a canopy to the left. The monarchy was never so popular, but at the same time never so frail.
From November 1884 to March 1885, Isabel toured southern Brazil with her husband, and in January 1887, they left Brazil for a six-month visit to Europe. Their trip was cut short, however, as Pedro II fell ill in March, and they returned in early June. The Emperor was advised to seek medical help in Europe, as a result of which he left Brazil on 30 June, leaving Isabel as regent.

Abolitionism in Brazil was growing in strength, but the government of Conservative João Maurício Wanderley, Baron of Cotegipe, attempted to slow the pace of reform. Isabel, in her own words, “became ever more convinced that some action had to be taken” to expand the emancipation program and pressured Cotegipe unsuccessfully to free more slaves. After the Rio Police’s mishandling of a pro-abolition demonstration in early 1888, Isabel acted and appointed João Alfredo Correia de Oliveira in Cotegipe’s place.

Oliveira’s government supported unconditional abolition and swiftly introduced legislation. On 13 May 1888, Isabel signed the Golden Law (A Lei Áurea), as it was known, which enabled the complete cessation of slavery. Isabel was popularly acclaimed as “the Redemptress” (A Redentora), and was given a Golden Rose by Pope Leo XIII for her actions.