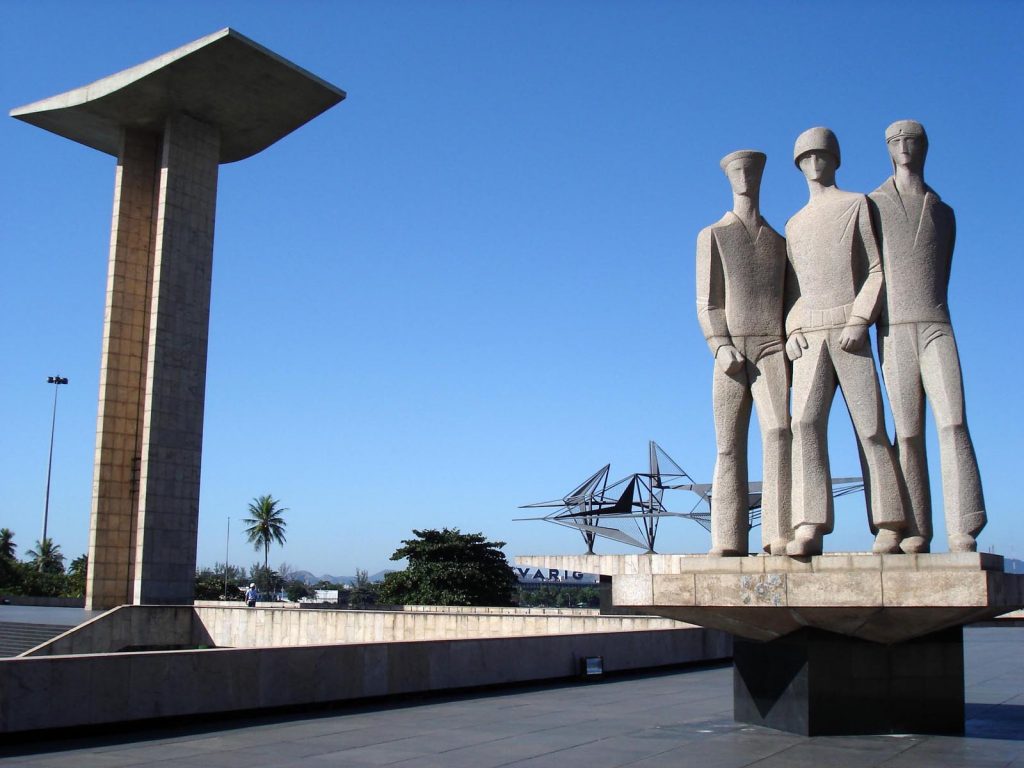 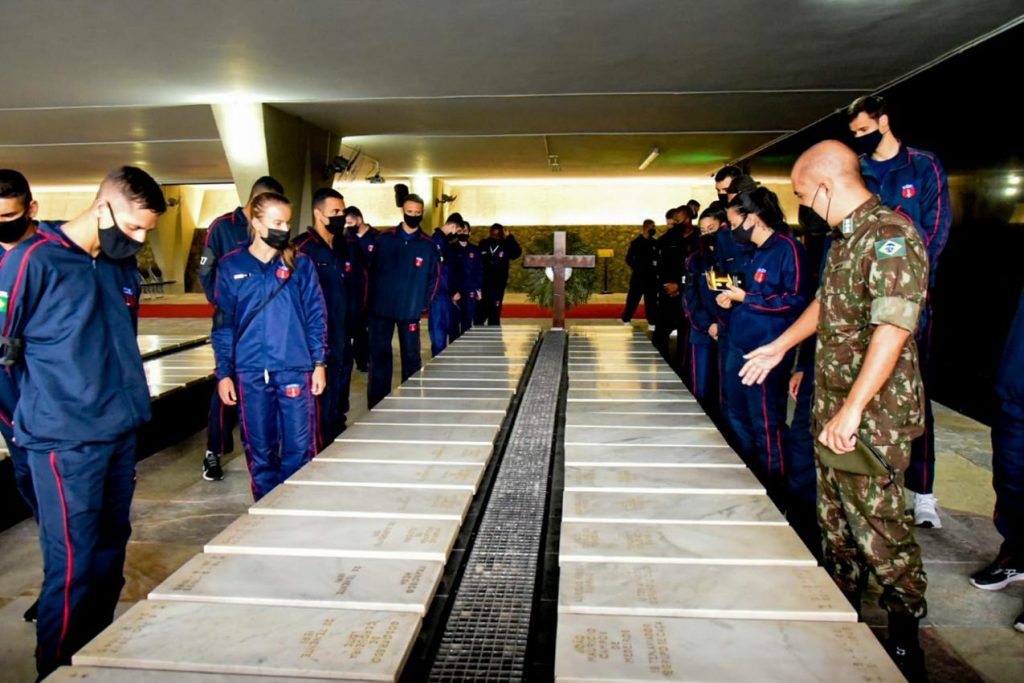 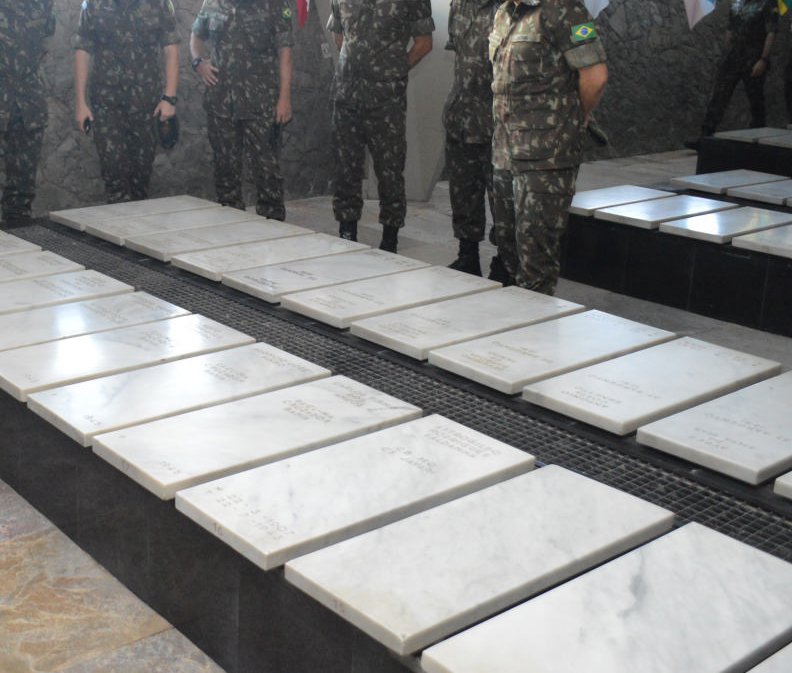 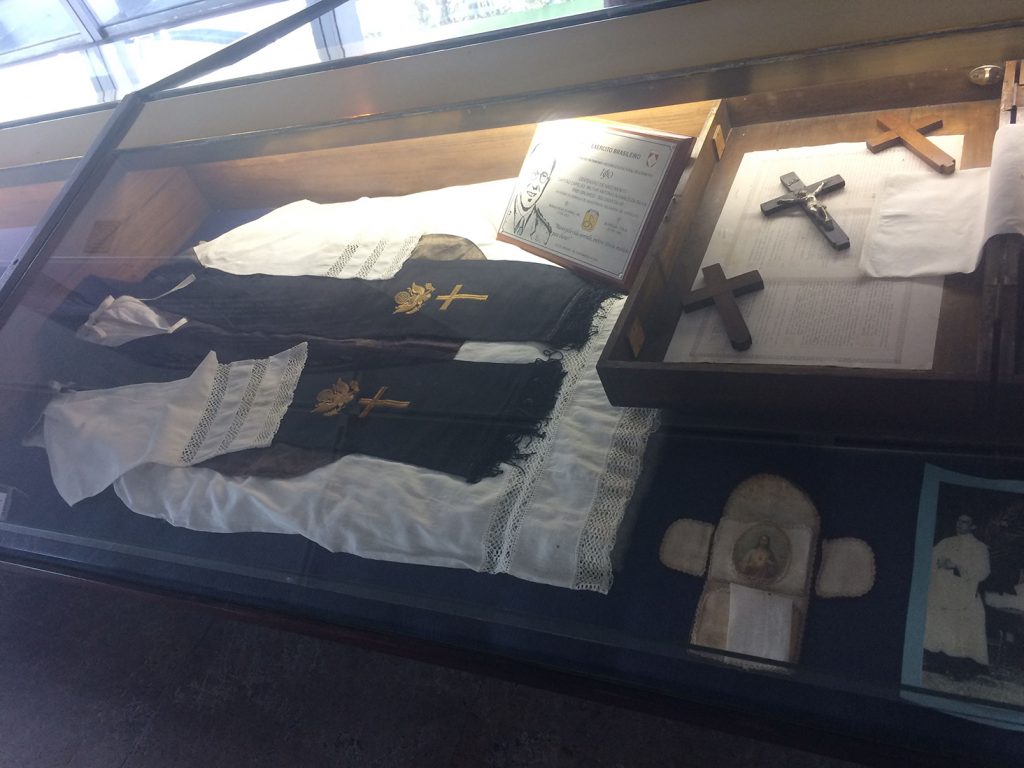 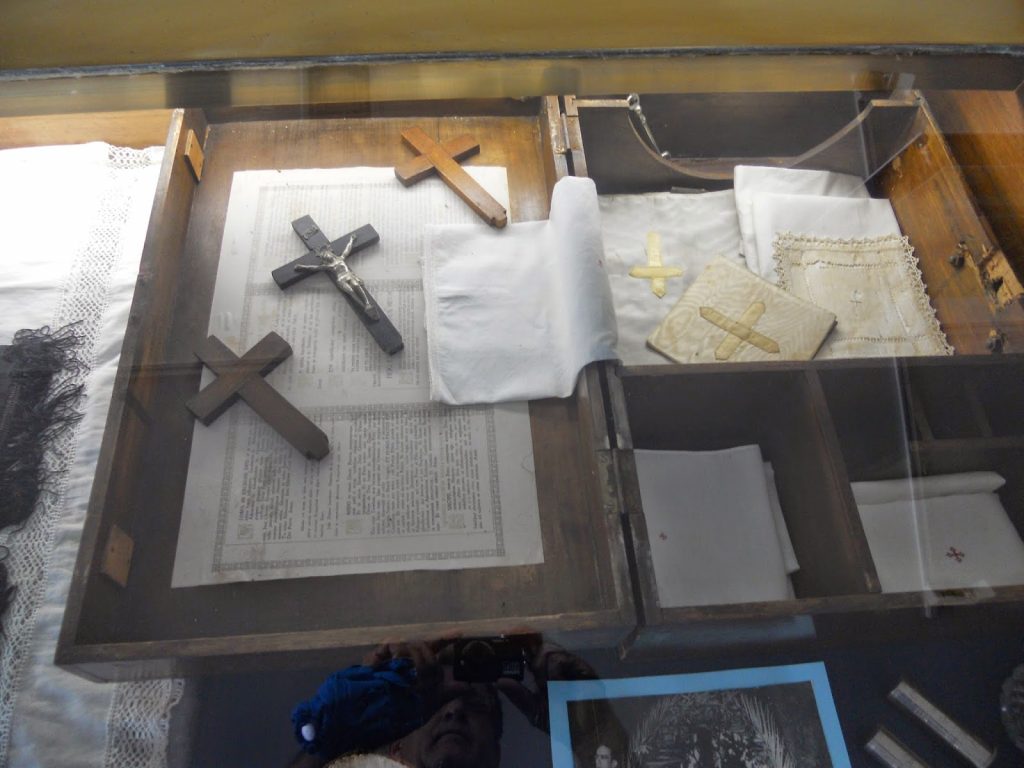 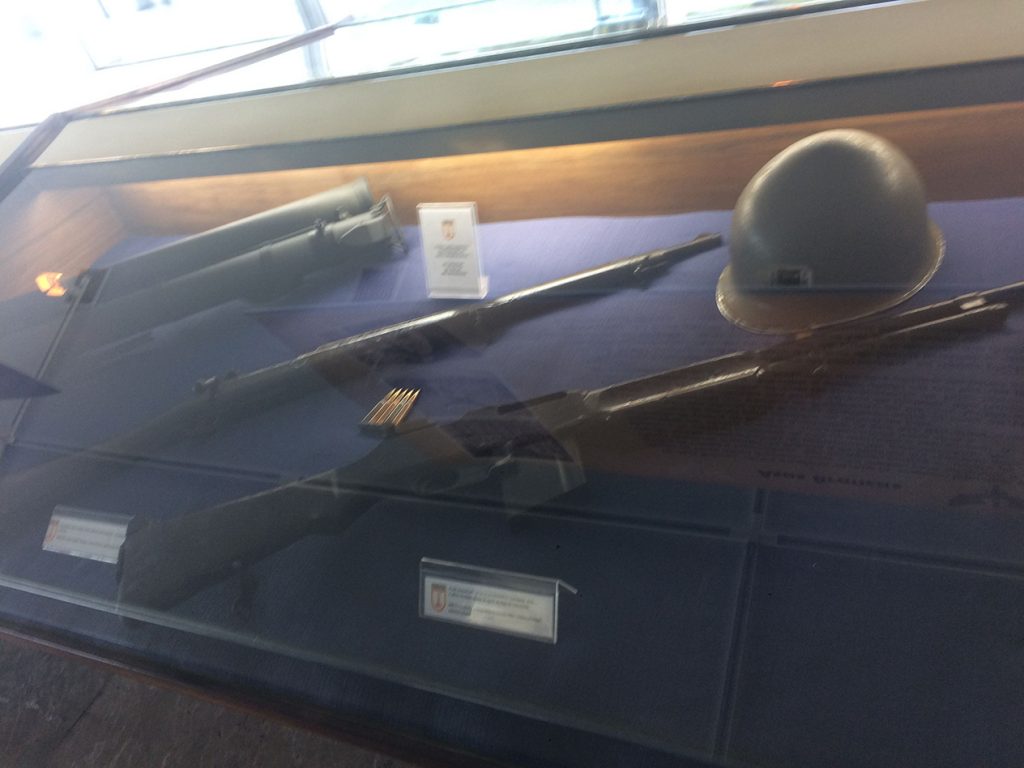 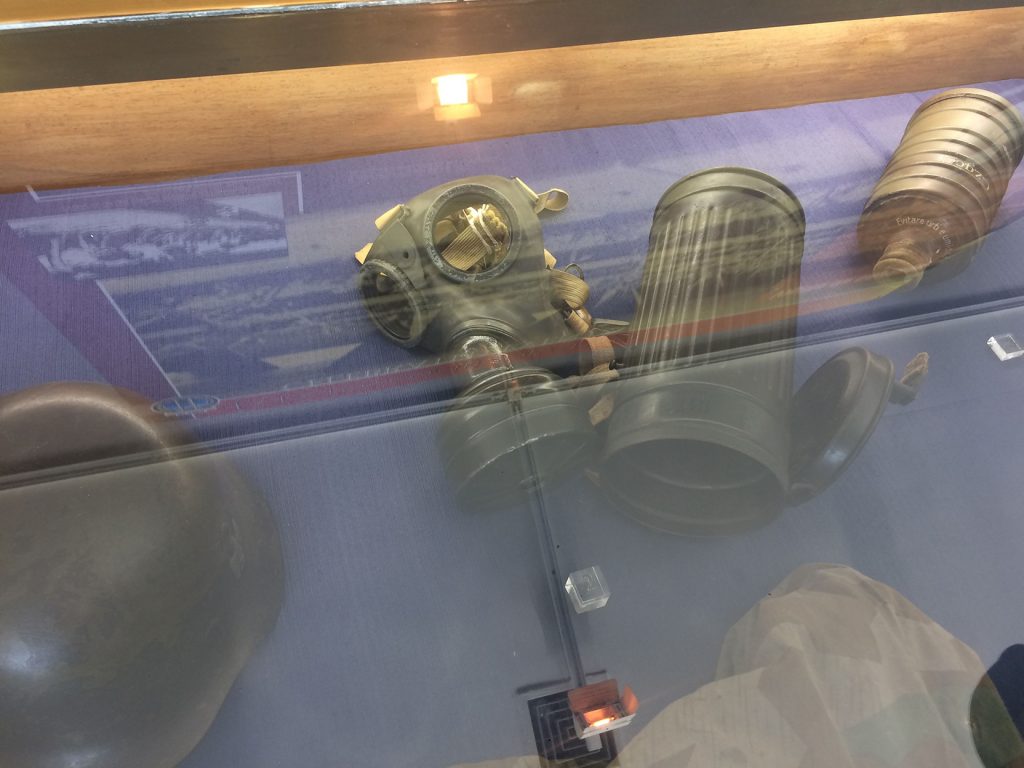 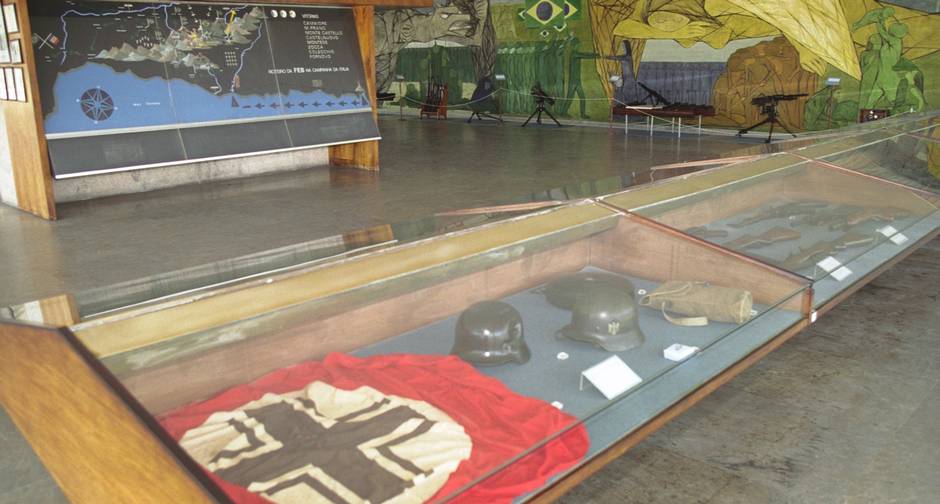 The National Monument to the Dead of World War II (MNMSGM) was designed by Marshal JOÃO BAPTISTA MASCARENHAS DE MORAES, Commander of the Brazilian Expeditionary Force (FEB). Thanks to his valiant effort and dedication, his dream of bringing back to the Fatherland the Heroes immolated on the Battlefields of Italy became a magnificent reality.

The construction of the Monument began on July 24, 1957 and was inaugurated on August 5, 1960. On June 20, 1960, the Commission for the Repatriation of the Dead from the Pistoia Cemetery (CRMCP) left for Pistoia, Italy. , with the task of exhuming the 462 bodies in the Brazilian Cemetery located there and preparing them for translation.

The Translation Commission, chaired by Marshal OSWALDO CORDEIRO DE FARIAS, who joined the FEB as Commander of the Division Artillery, arrived in Rio de Janeiro on December 15, 1960, bringing the urns containing the remains in a Brazilian Air Force aircraft.

A week later, on December 22, in an emotional ceremony, following a funeral procession along Avenida Rio Branco, the urns were taken to the Monument and placed in the respective tombs of the Mausoleum. One of the urns of unidentified dead came to symbolize the “Unknown Soldier” and was delivered by the former FEB Commander, Marshal MASCARENHAS DE MORAES, to the then President of the Republic, Dr. JUSCELINO KUBITSCHEK DE OLIVEIRA, who deposited it at the base of the Monumental Portico, where it still stands today.

In an architecture coated with symbolism, the National Monument to the Dead of the Second World War was designed by the architects MARCOS KONDER NETTO and HÉLIO RIBAS MARINO, containing artistic works by JÚLIO CATELLI FILHO, ALFREDO CESCHIATTI and ANÍSIO ARAÚJO DE MEDEIROS, synthesizing historical values ​​of the Brazilian Nation. .

The MNMSGM in the course of its existence, has already received the visit of illustrious national and international personalities, in which we can highlight Pope JOHN PAUL II, on the two occasions he was in Brazil, the Queen of England, ELIZABETH II and the President of the United States United States of America, JIMMY CARTER.