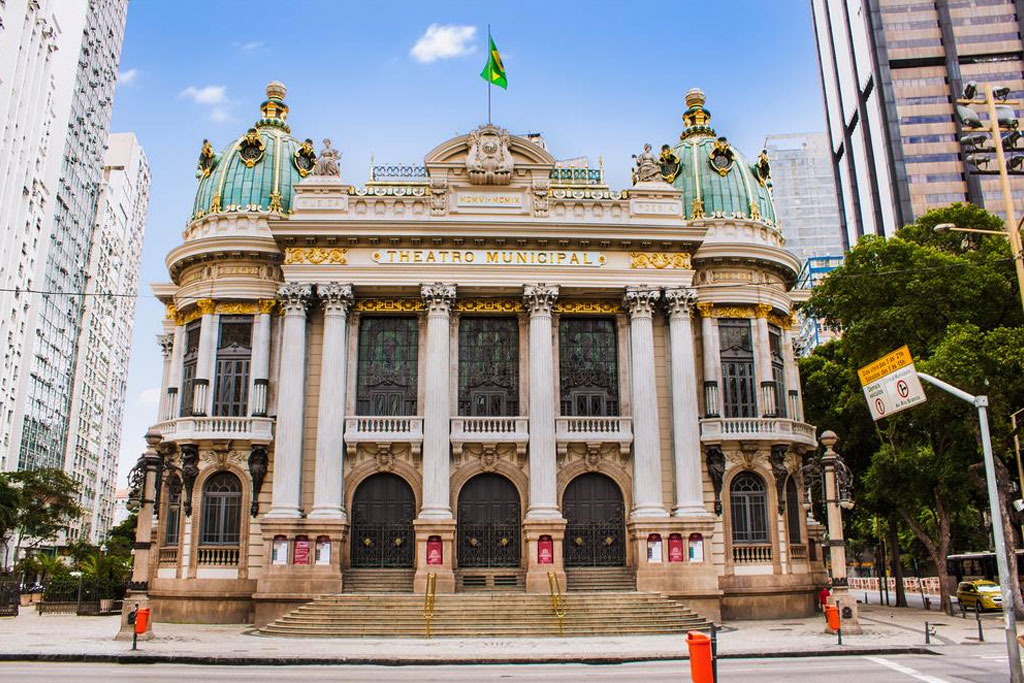 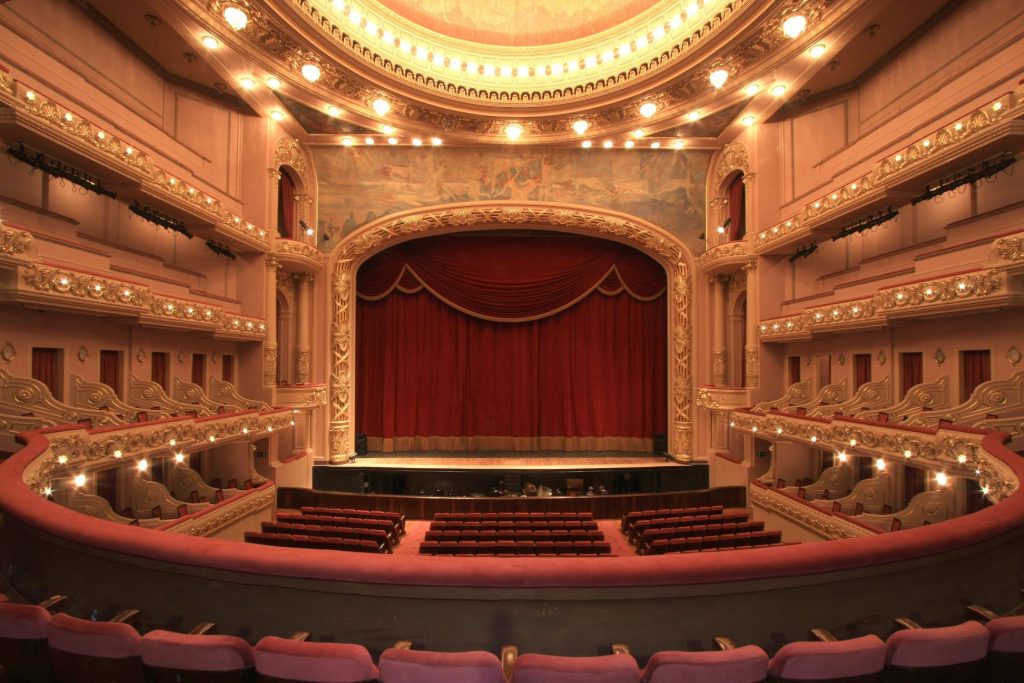 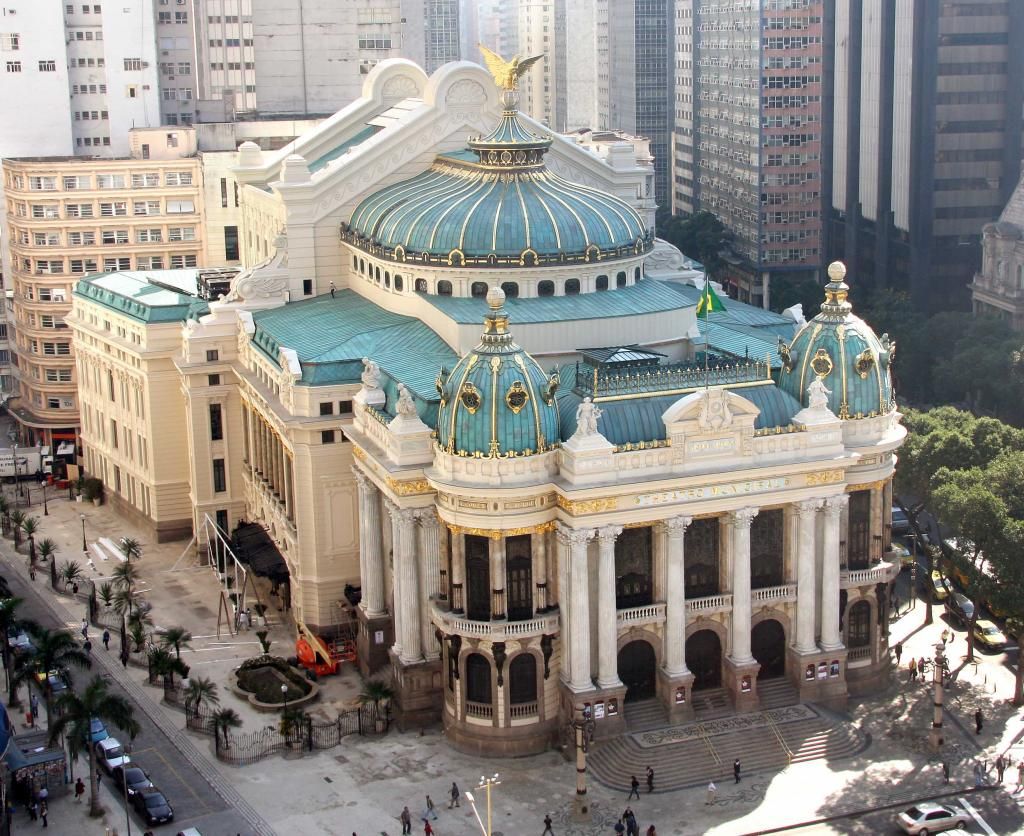 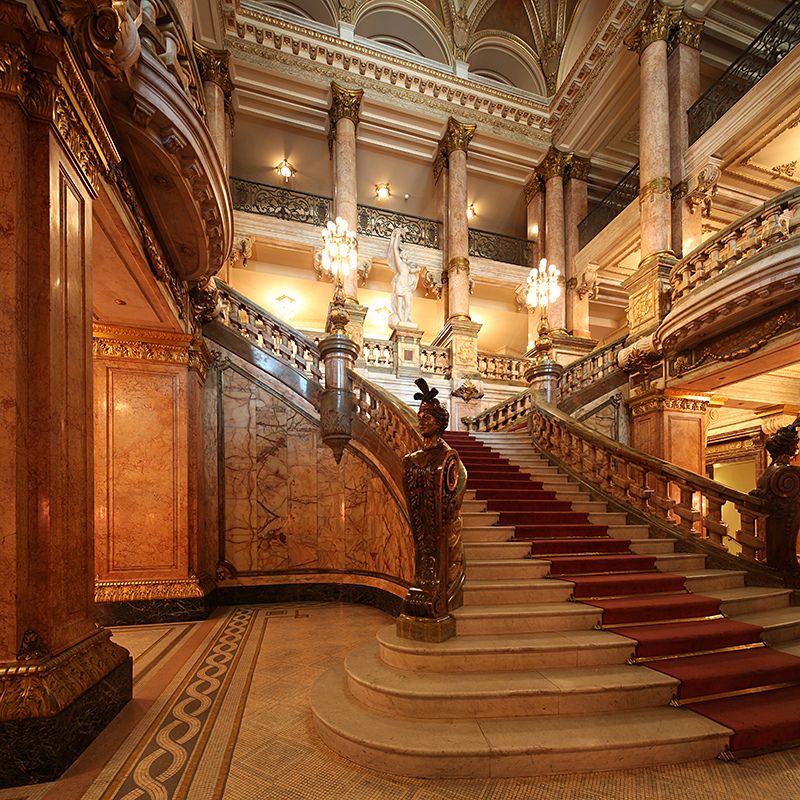 One of the most imposing and beautiful buildings in Rio de Janeiro, the Municipal Theater, opened on July 14, 1909, is considered the main concert hall in Brazil and one of the most important in South America. Its history is mixed with the trajectory of the country’s culture. Over a little more than a century of existence, the Theater has received the greatest international artists, as well as the main Brazilian names in dance, music and opera.

The idea of ​​a national theater with a state artistic company had existed since the mid-19th century and had in João Caetano (1808-1863), an enthusiast of Brazilian theater, as well as a businessman and actor of great merit, one of its strongest supporters. The project, however, only began to gain consistency at the end of that century, with the efforts of our illustrious playwright Arthur Azevedo (1855-1908). Azevedo’s tireless struggle was fought on the pages of the newspapers and ended up bringing results. Sadly, however, he did not live long enough to see his dream come true, dying nine months before the opening date.

Mayor Pereira Passos – whose urban reform started in 1902 radically changed the appearance of downtown Rio de Janeiro – took up the idea and, on October 15, 1903, opened a public competition for the choice of the architectural project. After the deadline for inscriptions, in March 1904, seven proposals were received. The first two places were tied: the project called Áquila, in which the “secret” author would be the engineer Francisco de Oliveira Passos, son of the mayor, and the Isadora project, by the French architect Albert Guilbert, vice president of the French Architects Association. .

The result of the competition caused a strong controversy in the City Council, followed by the main newspapers of the time, around the true authorship of the Áquila project, suspected of having been prepared by the architecture section of the City Hall, and the supposed favoritism of Oliveira Passos. The final project was the result of the fusion of the two winners, since both corresponded to the same typology, inspired by the Paris Opera.

After the alterations, the building began to be erected on January 2, 1905, with the placement of the first of the 1,180 hardwood piles on which it is seated. On May 20 of that year, the cornerstone was laid.

To participate in the decoration, some of the most illustrious and renowned artists of the time were summoned, such as Eliseu Visconti, Rodolfo Amoedo and the Bernardelli brothers. European artisans were also recruited to create the stained glass windows and mosaics. The works started at a fast pace, with 280 workers taking turns in two shifts. In just over a year, it was already possible to visualize the sumptuousness allied to the elegance and beauty of the construction of the future theater.

The Municipal Theater of Rio de Janeiro, with a capacity for 1,739 spectators, was inaugurated by President Nilo Peçanha and Mayor Sousa Aguiar on July 14, 1909, four and a half years after the beginning of the works.

In the beginning, the Municipal Theater of Rio de Janeiro received, mainly, opera and dance companies, mostly from Italy and France. From the 1930s onwards, it has its own artistic bodies: Symphony Orchestra, Choir and Ballet, which remain responsible for the official artistic seasons to this day.

Since its opening, the Municipal Theater of Rio de Janeiro has undergone four major renovations: 1934, 1975, 1996 and 2008. The first one increased the room’s capacity to 2,205 seats and, despite the complexity of the work, was carried out in three months – currently , the Theater has 2,252 seats. In 1975, restoration and modernization works were carried out and, in the same year, the Technical Production Center was created. In 1996, construction began on the Annex building with rehearsal rooms for the Choir, Symphony Orchestra and Ballet. The renovation started in 2008 and completed in 2010 focused on the restoration and modernization of the facilities.

Currently, with 112 years of service to national culture, Theatro Municipal do Rio de Janeiro remains one of the main venues in the country.