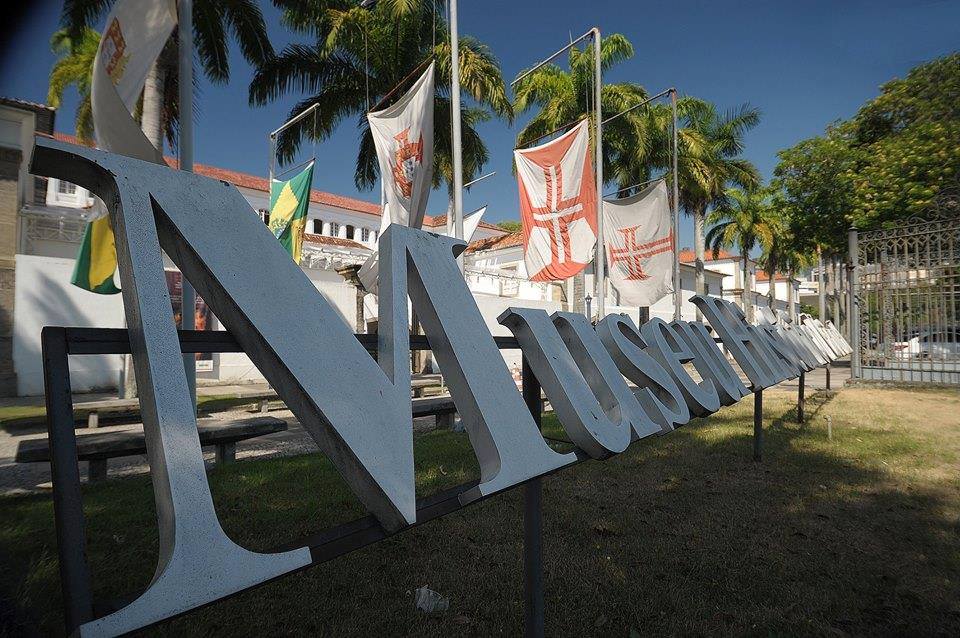 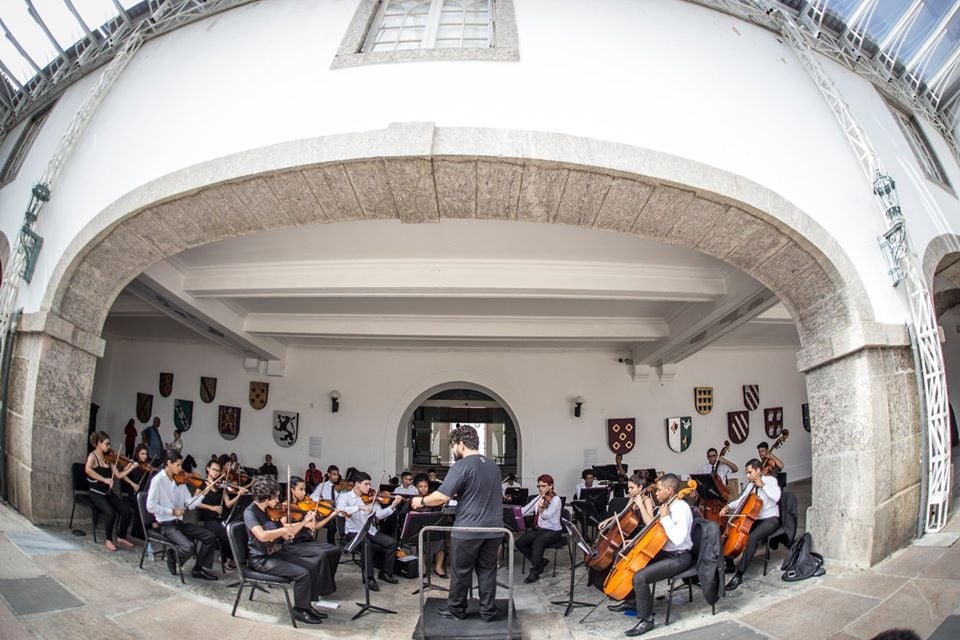 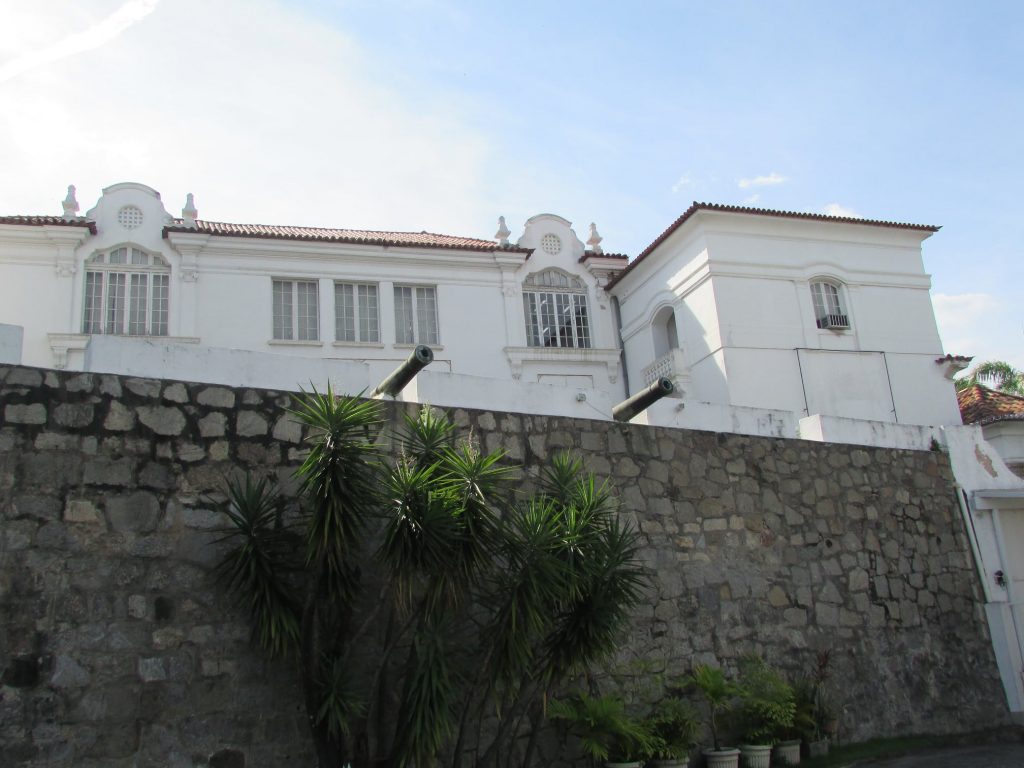 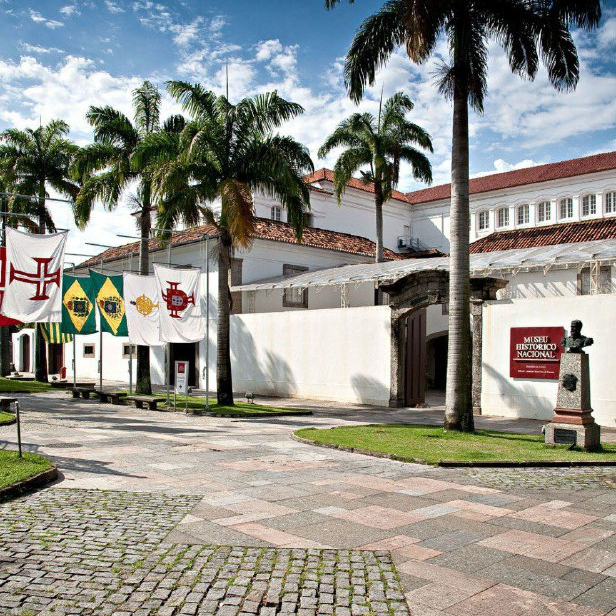 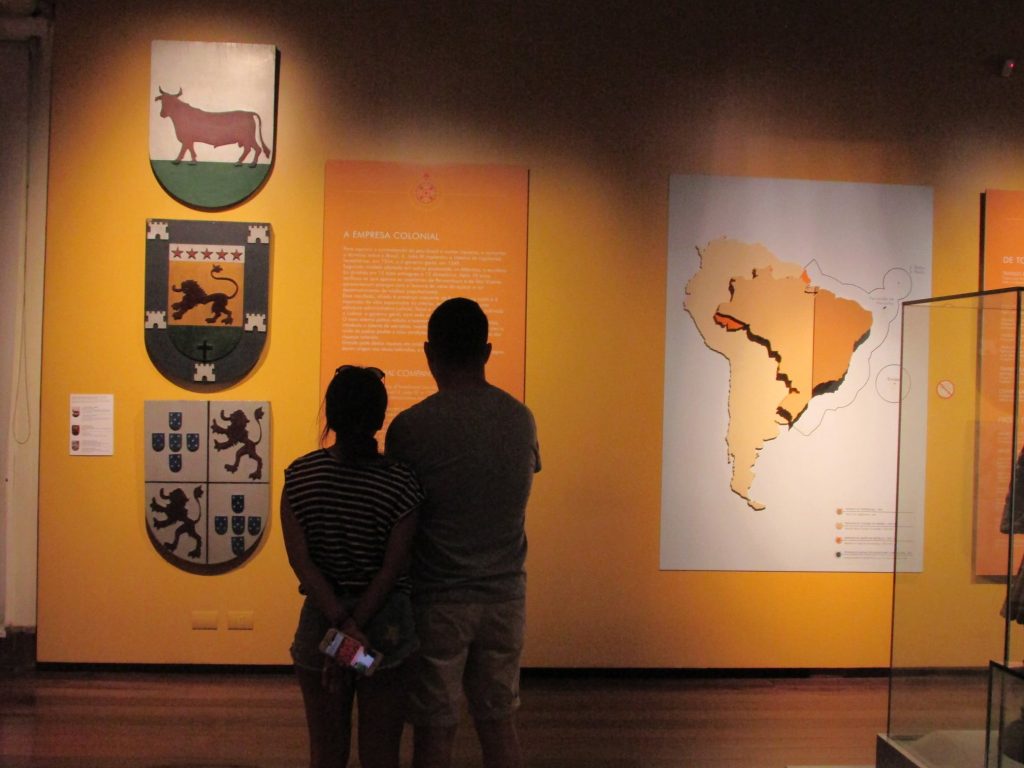 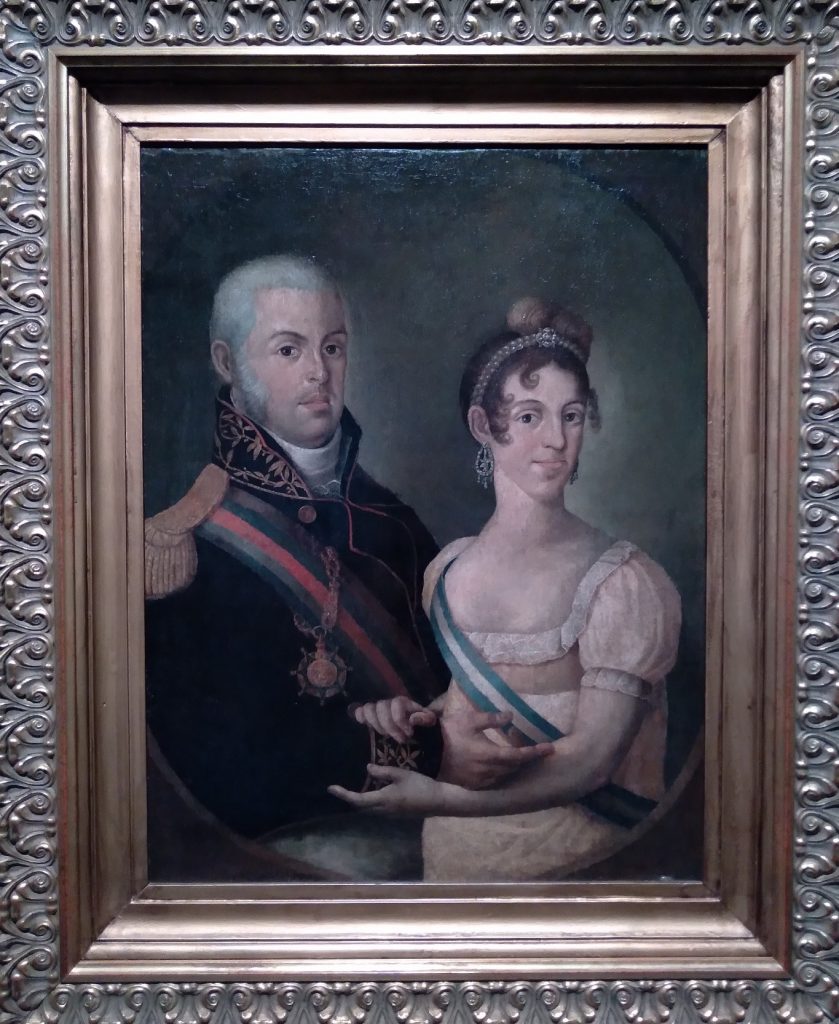 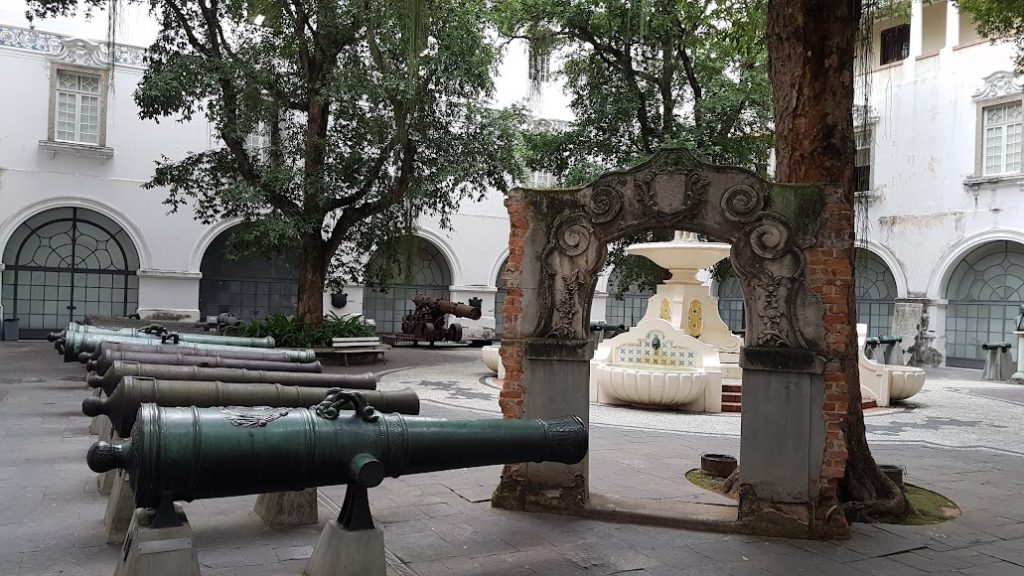 At a point that advanced over the sea, later known as Ponta do Calabouço, between the beaches of Piaçaba and Santa Luzia, in the historic center of Rio de Janeiro, the Portuguese built in 1603 the Fortress of Santiago, origin of the architectural complex that today houses the National Historical Museum.

Over the centuries, other buildings were added to the Fortress, such as the Prisão do Calabouço (1693), intended for the punishment of slaves; the Casa do Trem (1762), for guarding the “artillery train” (arms and ammunition); the War Arsenal (1764) and the Barracks to house the military troops (1835).

Due to its strategic location for the defense of Guanabara Bay and the city itself, the region was a military area until 1908, when the Arsenal de Guerra was transferred to Ponta do Caju.

In the 1920s, Ponta do Calabouço was filled in and redeveloped to host the International Exhibition commemorating the Centenary of the Independence of Brazil. To integrate the event, the buildings of the former War Arsenal were expanded and “embellished”, with a characteristic decoration of neocolonial architecture.

In 1922, they were opened to the public, housing the “Palácio das Grandes Indústrias”, one of the most visited pavilions of the Centennial Exhibition, and two galleries of the National Historical Museum, created that same year by President Epitácio Pessoa to provide Brazil with a museum. dedicated to national history.

Currently, the National Historical Museum occupies the entire architectural complex of Ponta do Calabouço and has become the most important history museum in the country, bringing together a collection of more than 300 thousand items, including objects, documents and books, and being an institution of production and dissemination of knowledge.

From the Fortress of Santiago and from the Prisão do Calabouço, only the foundations remain. However, the Casa do Trem remains to this day, restored to its colonial appearance in the 1990s, the Arsenal de Guerra building and its imposing Patio da Minerva and the 1922 Exhibition Pavilion, currently the Library, forming one of the most significant sets architectural features of the city, with an area of ​​20,000m² between the streets of Santa Luzia and Av. Alfredo Agache.

The National Historical Museum maintains, in 9,000m² of area open to the public, galleries for long-term and temporary exhibitions, in addition to the Library specializing in the History of Brazil, History of Art, Museology and Fashion, the Historical Archive, with important manuscript documents, watercolors, illustrations and photographs, including copies by Juan Gutierrez, Augusto Malta and Marc Ferrez. It also maintains programs aimed at students, teachers, seniors and needy communities. The Technical Reserve, Numismatic Conservation and Restoration Laboratory (collection of coins and other printed values) can be consulted, by appointment.