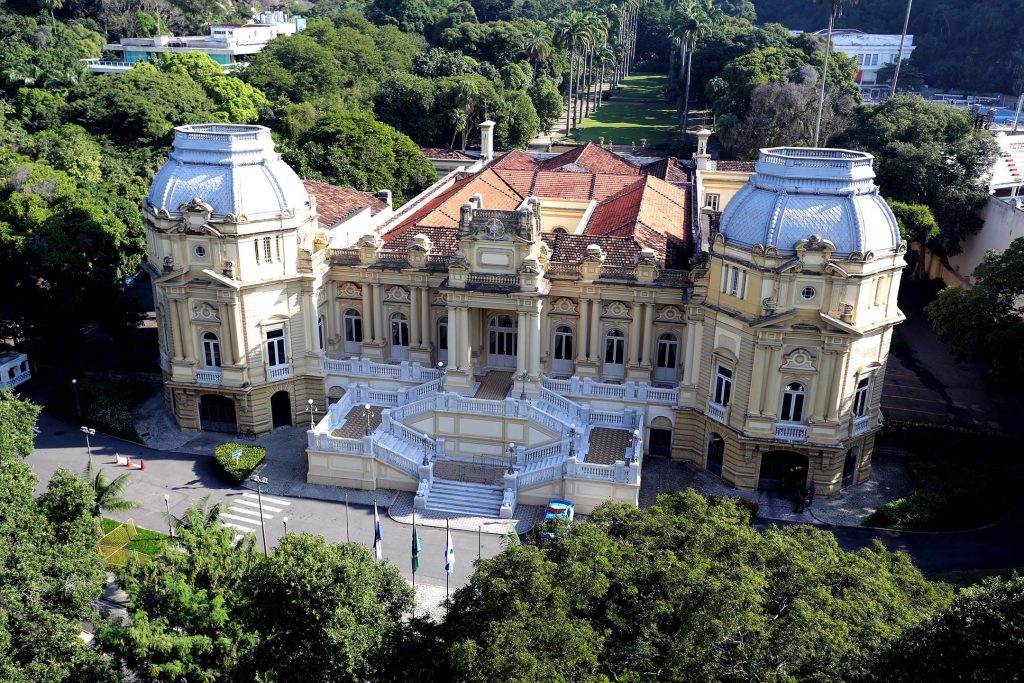 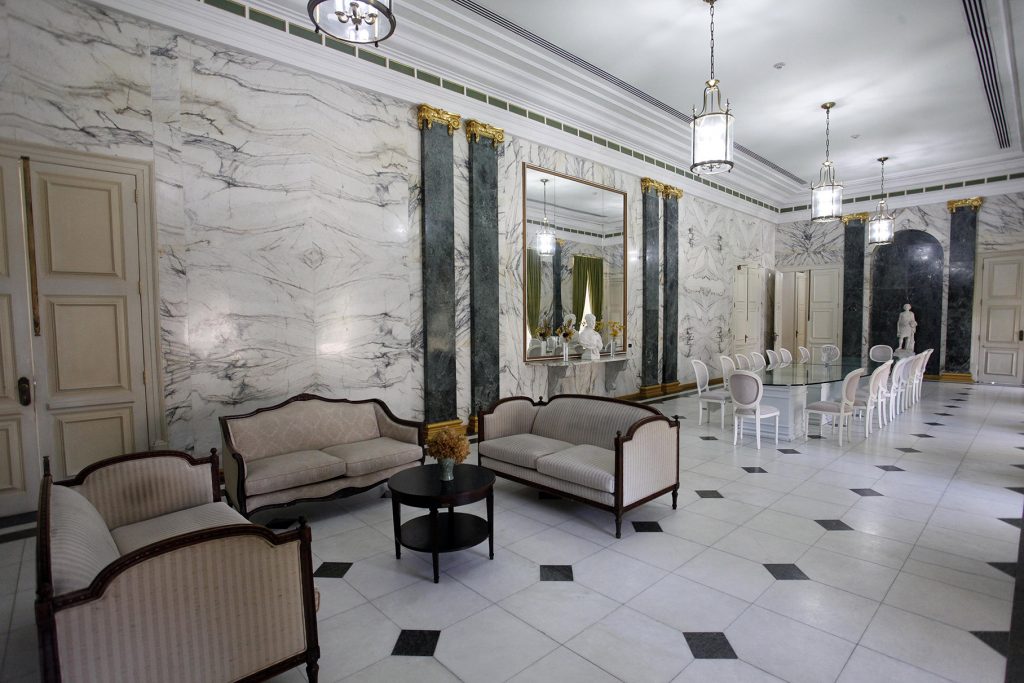 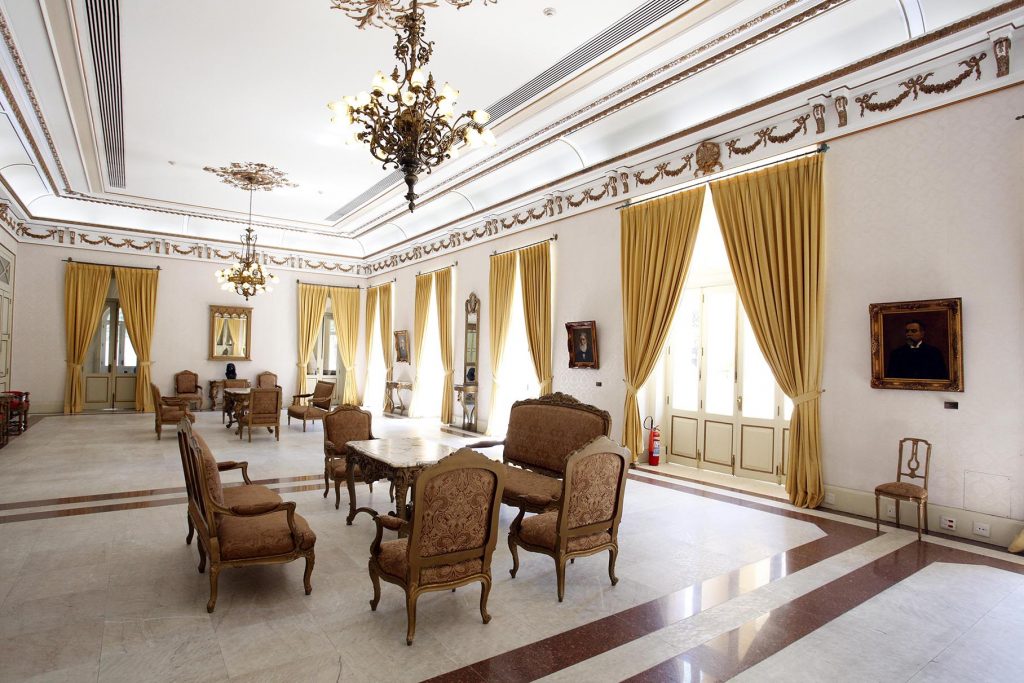 Historic
Originally with neoclassical characteristics, its construction started by the Portuguese José Machado Coelho in 1853, having been used as a private residence until the 1860s. Bought by the Brazilian imperial family and then renovated by the architect José Maria Jacinto Rebelo, in 1865 it became the residence of Princess Isabel and her husband, the Count d’Eu, being then known as Paço Isabel. At the time, access to the Palace was via Paissandu Street, which, for that reason, was decorated with a hundred imperial palm trees (Roystonea oleracea). The property belonged to the princes until the proclamation of the Republic, in 1889, when it was confiscated by the military government and transferred to the patrimony of the Union, by means of a decree of 1891. The imperial family tried to regain possession of the building for 125 years, in what was one of the longest legal proceedings in the country, until losing the case in 2020, when the Federal Supreme Court ruled that the palace belonged to the Union and not to the imperial family, which never even received compensation for the expropriation. In December 2018, the justice of Rio de Janeiro ruled that the Guanabara Palace does not belong to the imperial family of Brazil and that no compensation is due to the family for the occupation of the palace by the republican government.

In 1908, a new renovation, led by Francisco Marcelino de Souza Aguiar, gave the facade of the palace eclectic characteristics. The annex building, with six floors, where the office of the deputy governor, the sub-secretariats of the Civil House and Government work, would only be inaugurated in 1968.

Interior of the Guanabara Palace
The palace was used by President Getúlio Vargas as an official residence during the Estado Novo (1937-1945). It was attacked during the putsch of the Ação Integralista Brasileira in 1938, repelled by the Special Police (from the Civil Police of Rio de Janeiro), a reaction later reinforced by the Army.

In 1946, the Guanabara Palace becomes the seat of the Federal District’s City Hall, ceasing to be the official residence of the presidency, which returns to the Catete Palace and, later, under the Kubitschek government, is transferred to the Laranjeiras Palace, two blocks from distance. In 1960, when the city of Rio de Janeiro ceased to be the federal capital, the territory of the former Federal District became the state of Guanabara, at that moment, the Palace becomes the seat of the Government of the State of Guanabara.[2] – function that it would maintain after the merger of the State of Guanabara with the State of Rio de Janeiro, in 1975, during the government of President Ernesto Geisel. At the same time, the Guanabara Palace was donated by the Union to the State of Rio de Janeiro,[6] and the Ingá Palace, in Niterói, ceased to host the state government.