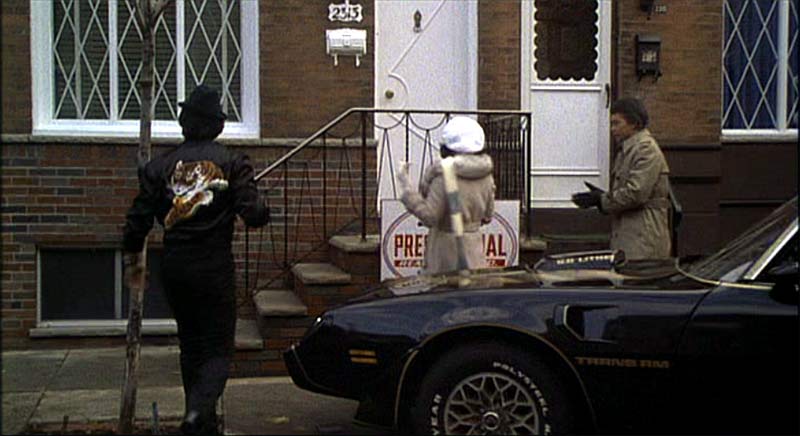 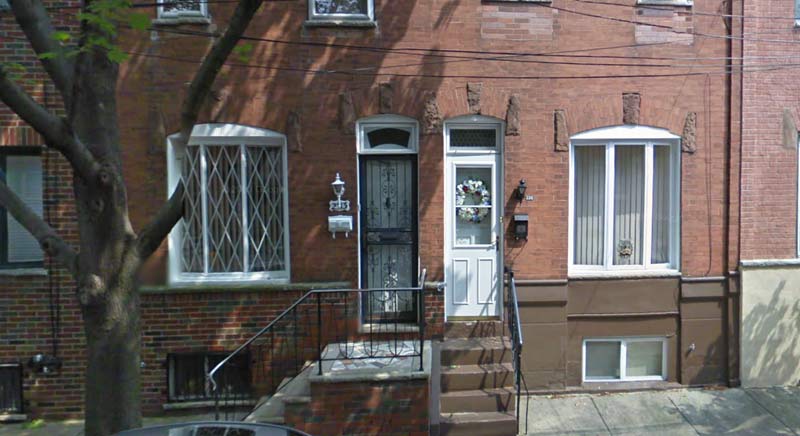 Private property. Please do not disturb the owners.

This is a solid neighborhood in South Philly, with new bricks – and Rocky’s an expert on bricks. Plus, the numbers on this house, 2313, almost add up to nine.

Today, Rocky and Adrian’s first home looks nearly identical to its 1979 appearance in Rocky II, even down to the small details – the railing along the steps, the paneling on the white front door, the white porch light, 2313 number plate – and even the white mailbox that Rocky admires so much.

Until about 2012, the only major difference was a mature tree offering leafy shade to this narrow street. The tree was just a sapling when Rocky, Adrian, Butkus and Rocky Jr. lived here, but unfortunately the tree, for unknown reasons, was removed.

The interior of this narrow 6-room house, which was built in 1920, was used on screen in Rocky 2 as well. In the interior scenes, you’ll notice the white door paneling and door knocker are exactly the same on the inside as well as the outside, the window lattice and window treatments are identical, and the red tiling in the entryway is identical inside and out.

Though not confirmed, the fact that this was a real and unoccupied residence at the time of filming may also be the reason why Rocky and Adrians house is so sparingly decorated and is almost devoid of furniture, aside from the furnished bedroom (which was likely shot on a film set off-site.)

Storyline:
Rocky struggles in family life after his bout with Apollo Creed, while the embarrassed champ insistently goads him to accept a challenge for a rematch.