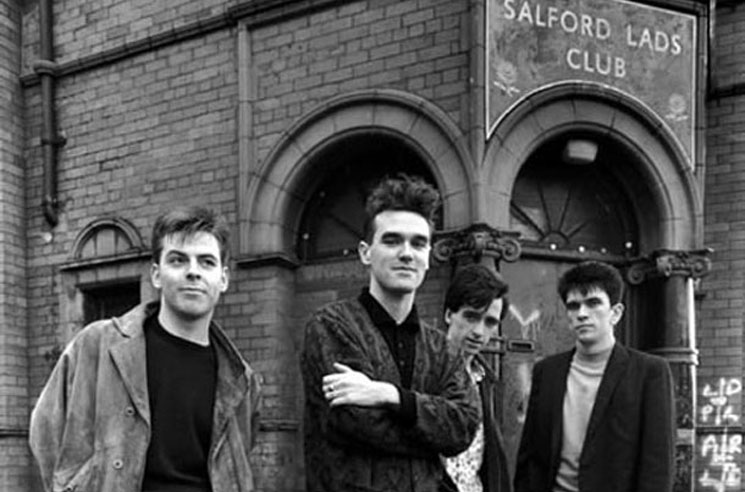 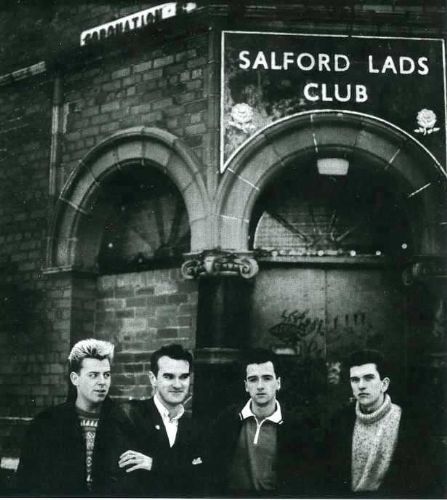 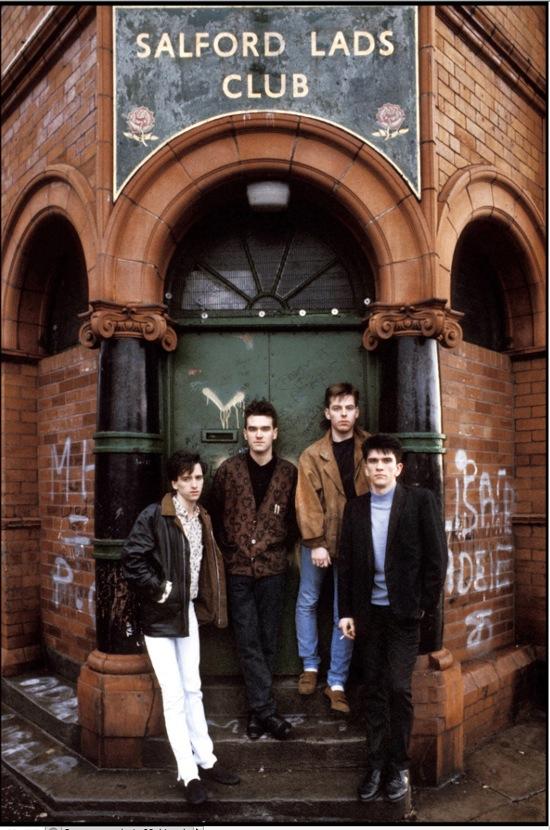 Photographer Stephen Wright says his eleven-year-old son Paul tells him to turn his music down and can’t understand why his old music photos are in black and white.

But one of Wright’s old-fashioned shots, as his son might see it, has recently been admitted to the National Portrait Gallery in London.

The image is of band The Smiths outside the Salford Lads club in and was used on the vinyl album sleeve of the Queen is Dead which came out 25 years ago this week.

It was one of a series of shots taken by Wright when he – a fan with cheap equipment, as he saw it- , was invited to photograph the band who were in their prime in Manchester for the new record’s artwork.

He immortalised Morrissey and his band-mates in a series of recognisable Mancunian locations including, Free Trade Hall and Coronation Street.

To coincide with the 25th anniversary of the album release the Idea Generation Gallery in London’s Shoreditch has hung six of the photographer’s favourite Smiths images.