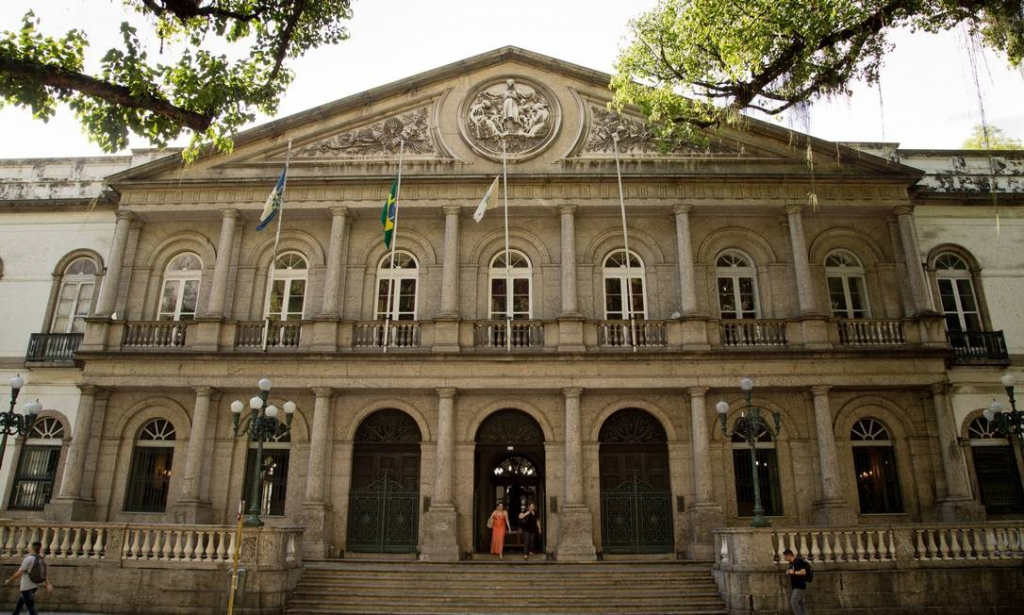 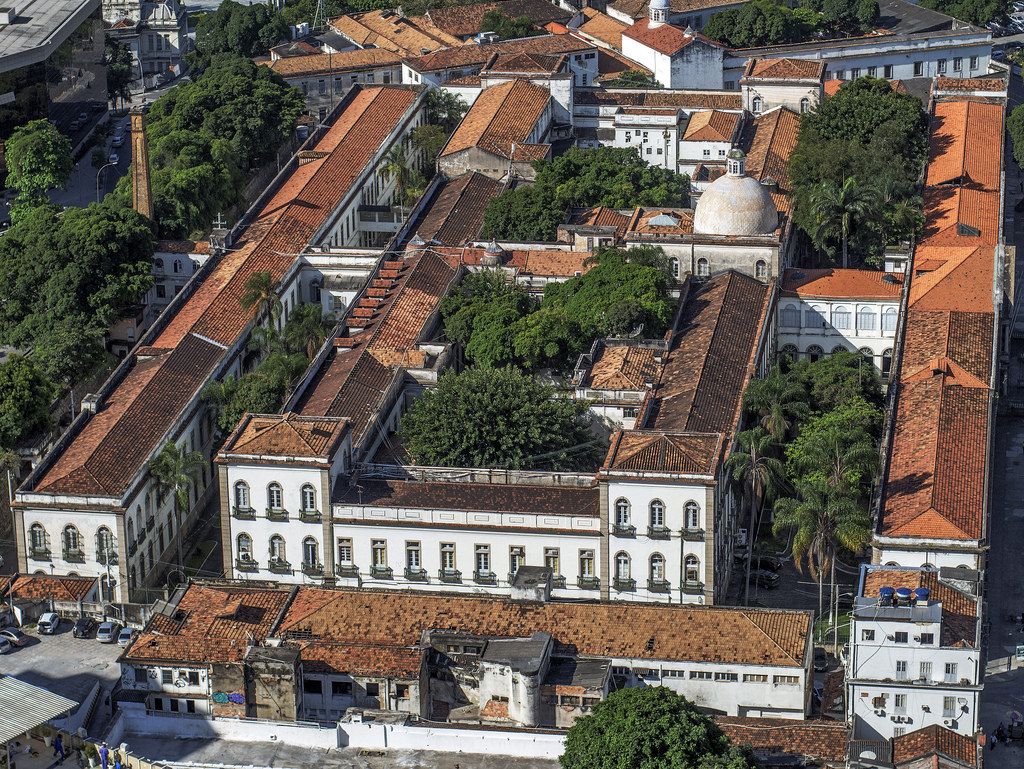 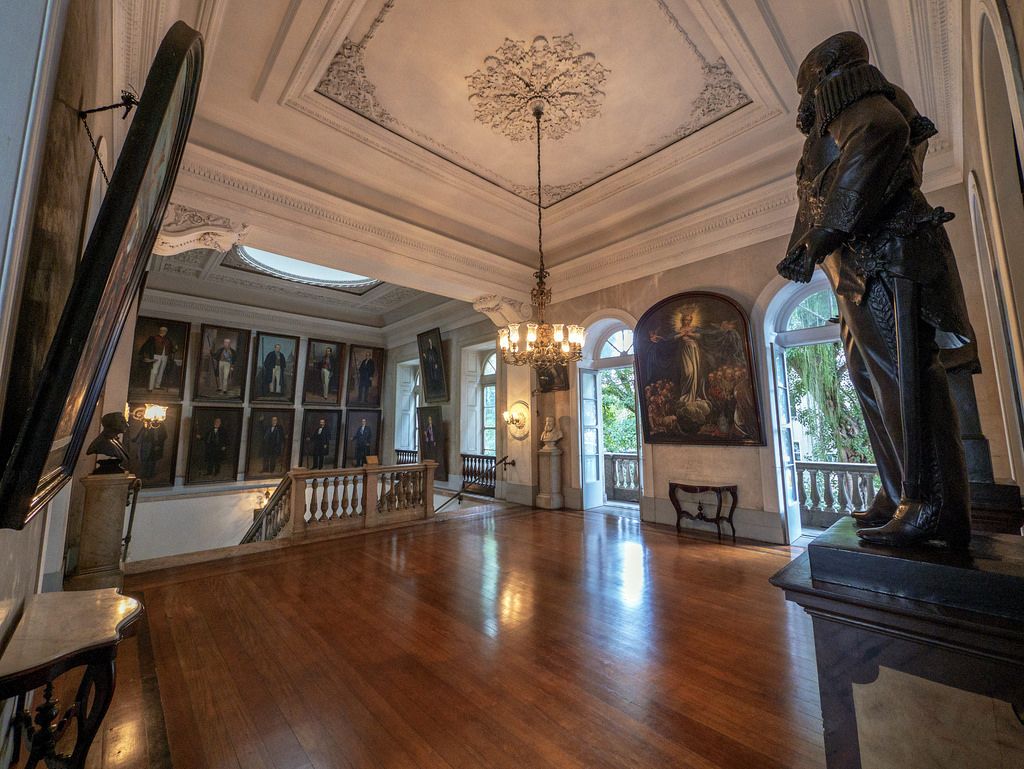 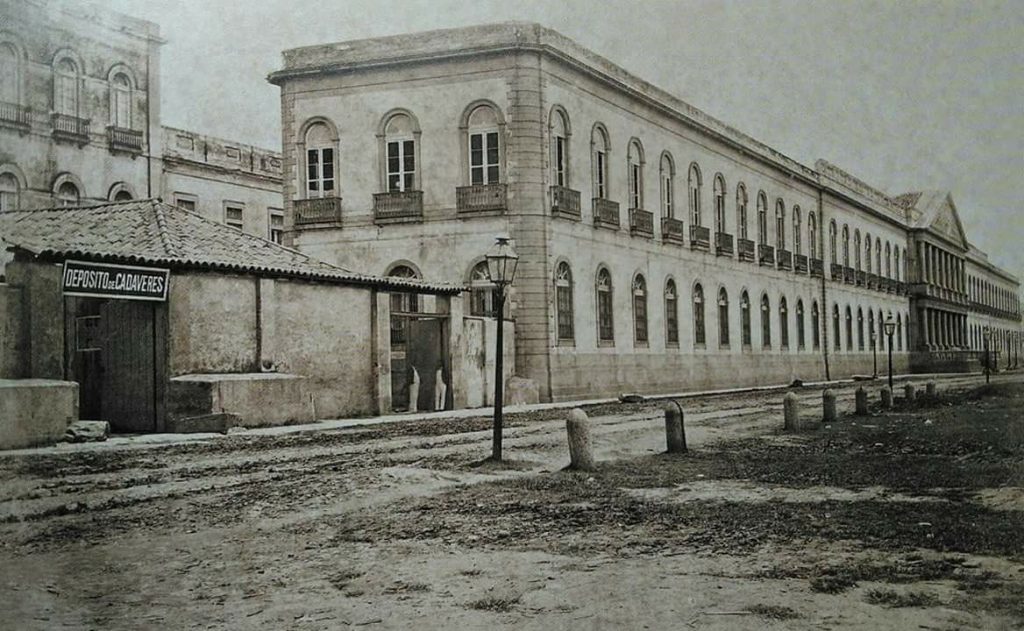 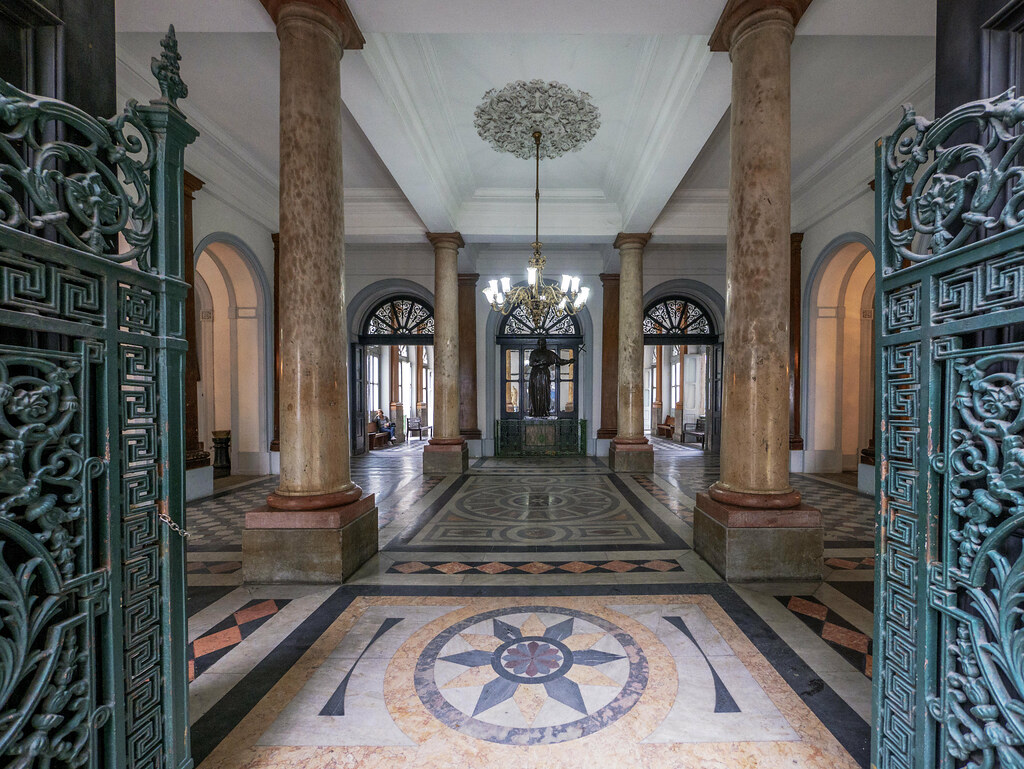 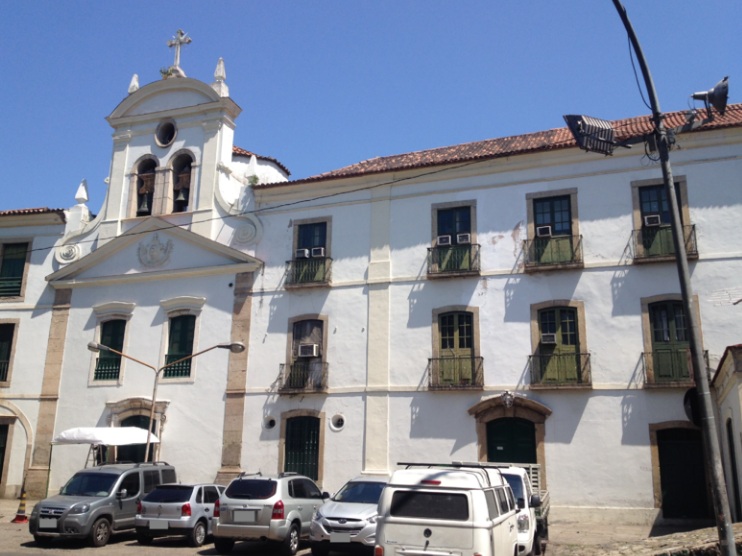 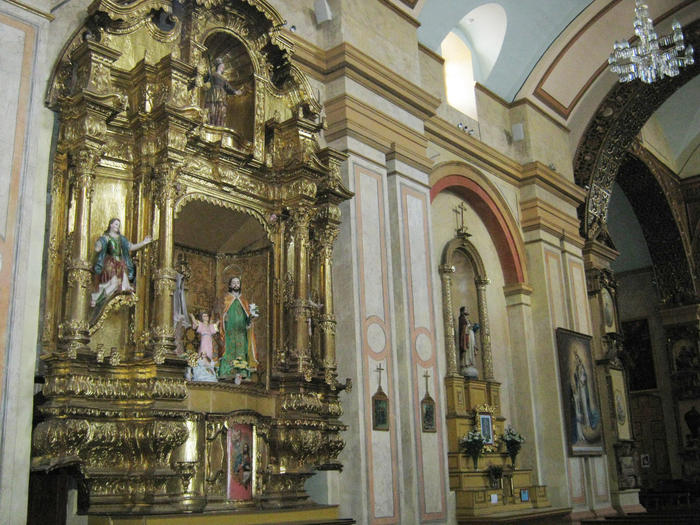 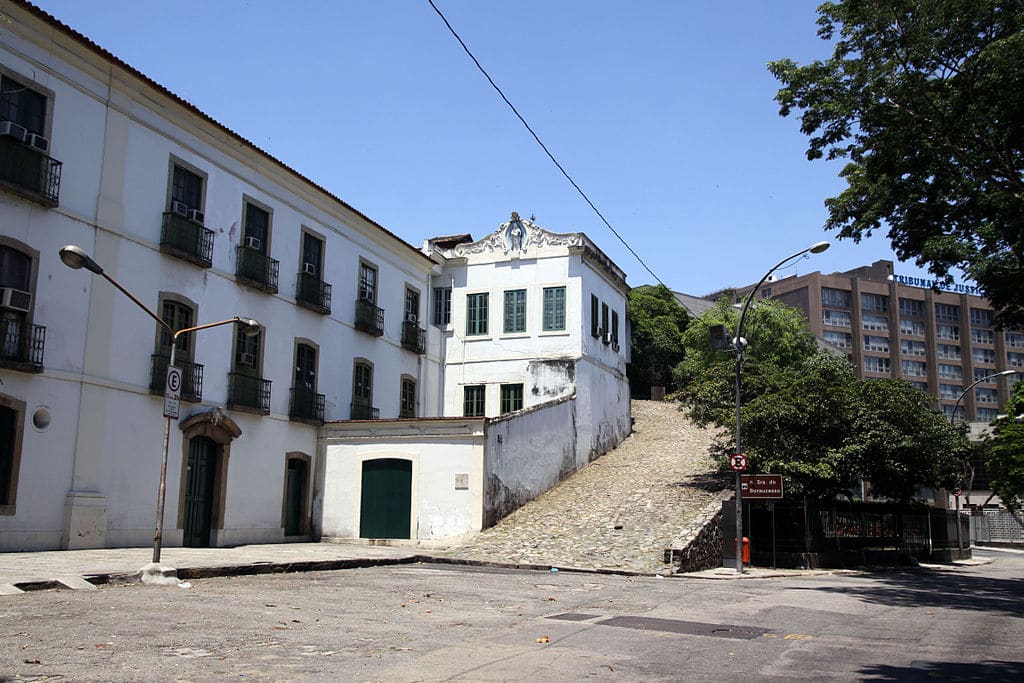 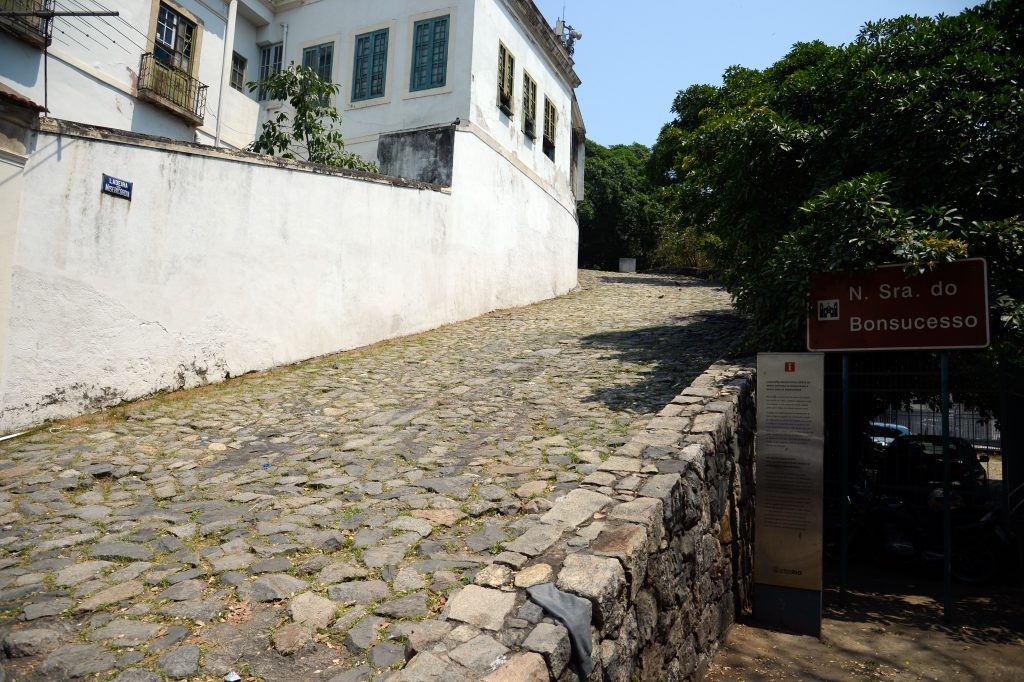 The Santa Casa da Irmandade da Misericórdia hospital model spread throughout Brazil. Let’s look at its origins in Portugal as well as its origins and history in Rio de Janeiro.

The Irmandade da Misericórida is a worthy institution and quite popular in Brazil, perhaps much more popular in the past, when it was practically the basis of the health system in most cities.

The institution has its origins in Portugal, having been founded at the end of the 15th century, on the initiative of Frei Miguel de Contreiras, a Spaniard living in Lisbon. Frei Contreiras needed to continue his charitable enterprise and asked for help from D. João II’s wife, Dona Leonara. Help was given and work continued.

In August 1489, the Confraternity or Brotherhood of Mercy was established, whose objective was to hospitalize the sick, give asylum to orphans and invalids and help or comfort the imprisoned in a Christian way. Due to high principles, the King encouraged these brotherhoods to be founded in all the towns and cities of Portugal.

The institution and the first hospital in Rio de Janeiro

The institution came to Brazil in the first century of colonization, with the first hospital of the brotherhood having emerged in Rio de Janeiro in 1582, in the same place that is still found today, on Rua Santa Luzia, formerly Santa Luizia beach, disappeared due to the large landfills made in front of it.

Father José de Anchieta is the founder of Santa Casa do Rio de Janeiro when the Flores Valdez fleet passed through Rio on its way to the Strait of Magalhães. The crew is largely sick, and Anchieta has expanded the existing small accommodations to house the sick.

Over the centuries, the Brotherhood grew, having had numerous important providers, one of the oldest being Martim de Sá, in 1605.

A new building, in neoclassical style, opened in 1852

The hospital of Santa Casa de Misericórdia, and casually just called Santa Casa gained a great boost between 1838 and 1854, during the administration of José Clemente Pereira. He engaged in the construction of a new and grandiose building, the inauguration of which took place in June 1852.

The old one had only 300 beds and perhaps did not have satisfactory hygienic conditions for the standards of the time. This former hospital also had a cemetery in the back which was removed by the same José Clemente to Ponta do Caju, in São Cristóvão.

The project of the new building was in charge of Engineer Domingos Monteiro and had the help of the Academy of Medicine.

The new building in neoclassical style is grandiose, has 2 floors and 3 bodies connected by a central gallery. The main facade has granite columns that delimit doors and windows. In the center, there is a staircase and a pediment with bas-relief sculptures bearing the image of Misericórida and symbols of medicine and the Catholic religion. The pediment sculptures were made of lioz stone.

In the vestibule of Santa Case, the statues of Frei Contreiras and Anchieta can be seen. The statues of D. Pedro II and José Clemente Pereira are on the second floor.

An institution of importance and numerous services provided to the city

In addition to assisting thousands of sick people over the centuries and years in their beds and clinics, the Hospital da Santa Casa da Misericórdia has also been a place of research, studies and teaching.

In the same place, the Faculty of Medicine functioned for many years, between 1856 and 1916. Previously, the School of Medicine had already functioned in the Jesuit College.

Among the great names of medicine who studied at Santa Casa and practiced and also taught there, one can cite great names such as Miguel Couto, Torres Homem, Francisco de Castro, Pereira Guimarães, Chapot-Prevost.

Although the Santa Casa is the most famous achievement of the Irmandade da Misericórdia, there are many other works spread throughout Rio de Janeiro and also throughout Brazil.

The Ladeira da Misericórdia, one of the most important vestiges of the emergence of the city of Rio de Janeiro, located in the center, is now a Brazilian Cultural Heritage. The remaining 40-meter stretch of the original slope has withstood time and the changes that have taken place around it and was listed by the Instituto do Patrimônio Histórico, Artístico e Nacional (Iphan).

The slope is one of the landmarks of the city’s foundation and considered one of the first streets in Rio, as well as the first access to Morro do Castelo, a busy urban center at the time. As João Baptista Ferreira de Mello, a professor of Geography at the State University of Rio de Janeiro, explains, the structure was built using a technique called pé-de-moleque: “There were two or three slaves and a mule who dug irregular-sized stones into the ground, as we can see, small, medium, large and huge that formed the pavement”.