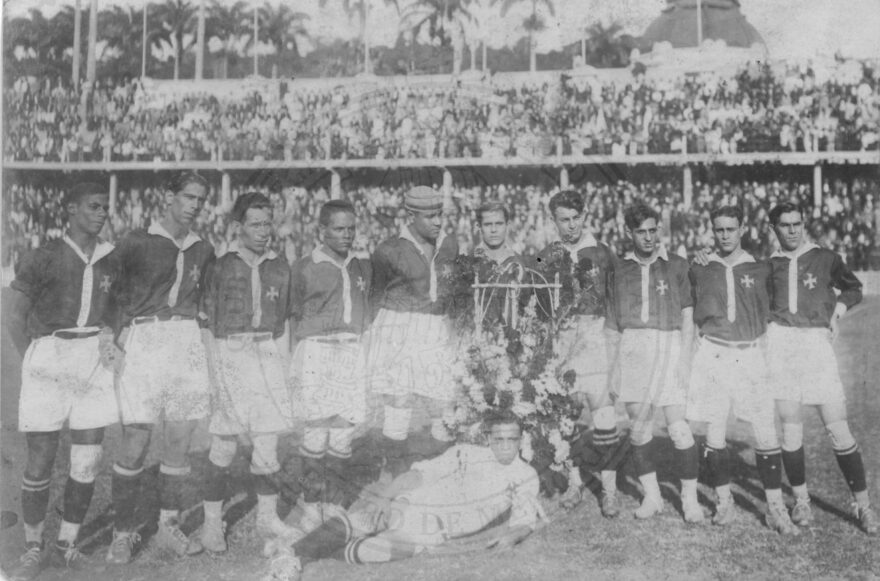 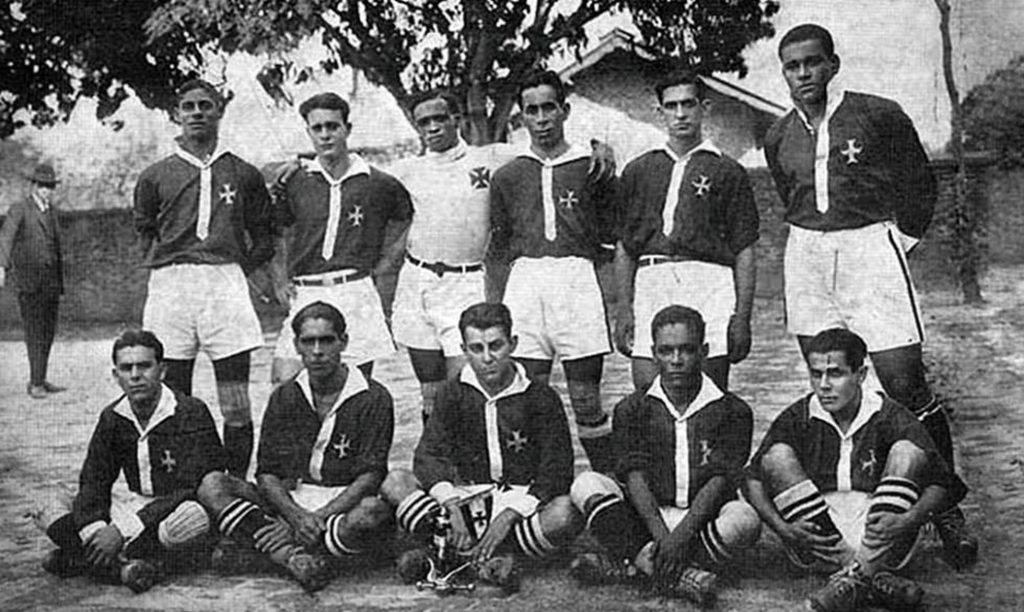 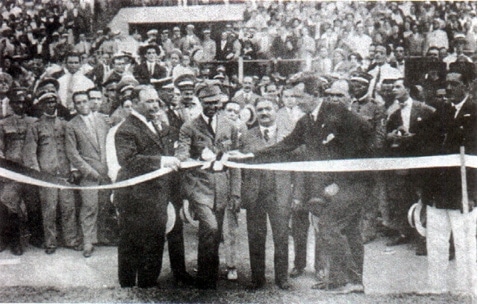 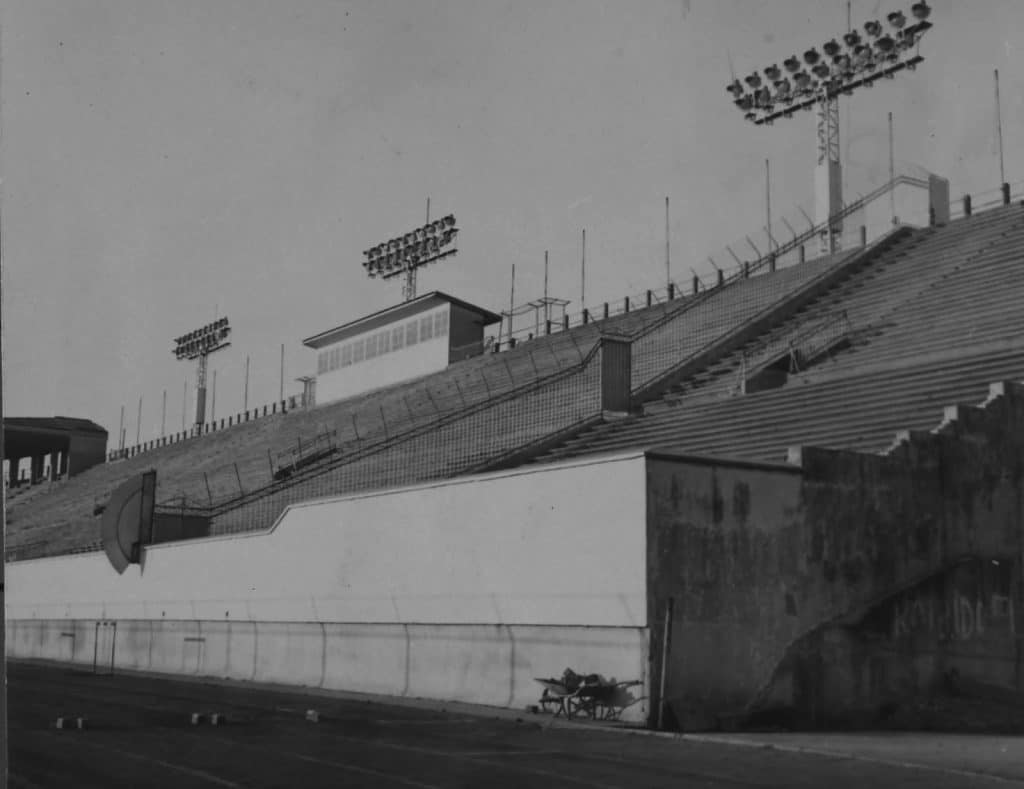 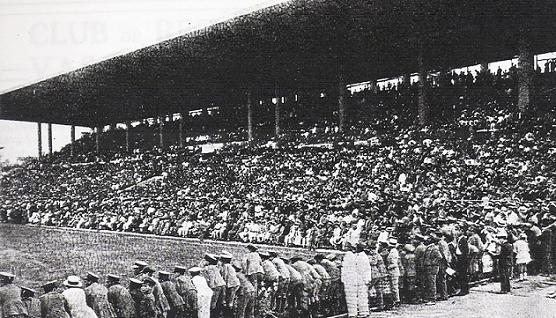 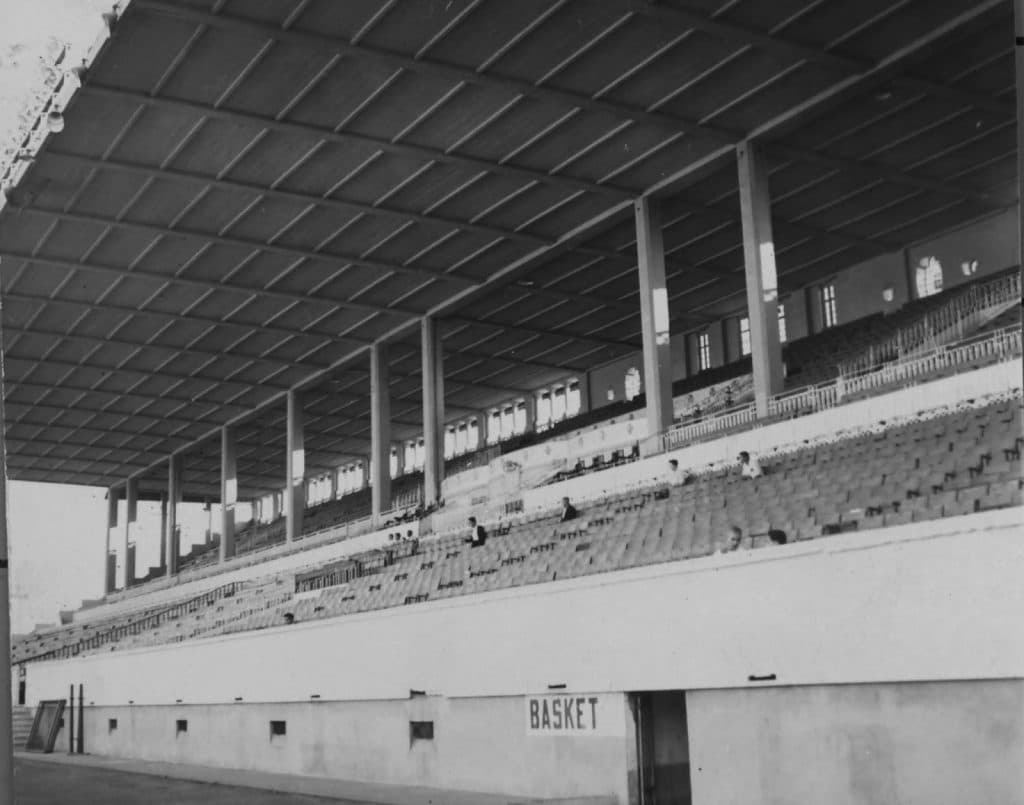 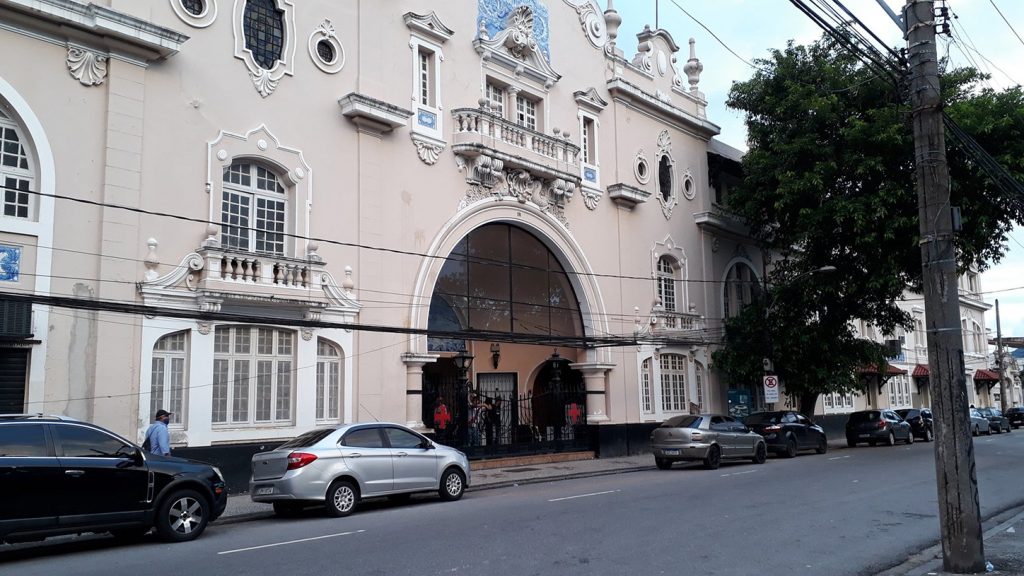 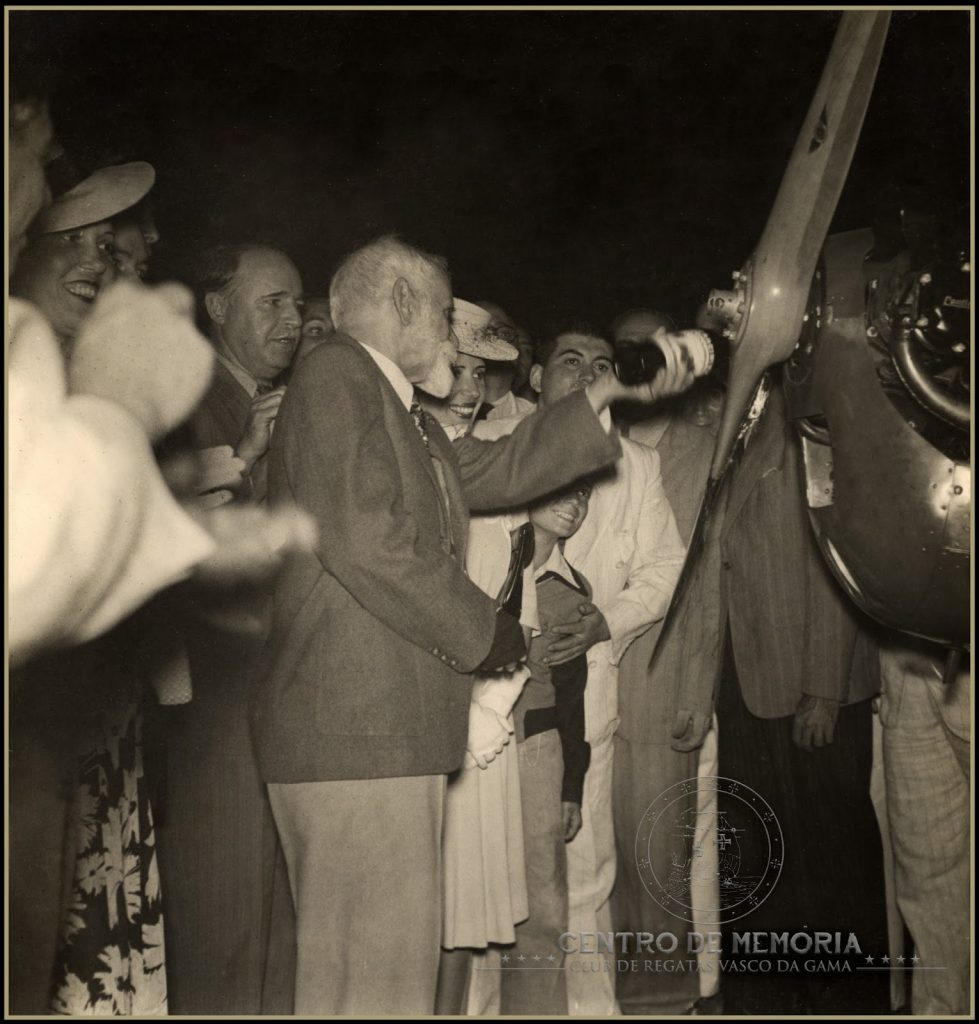 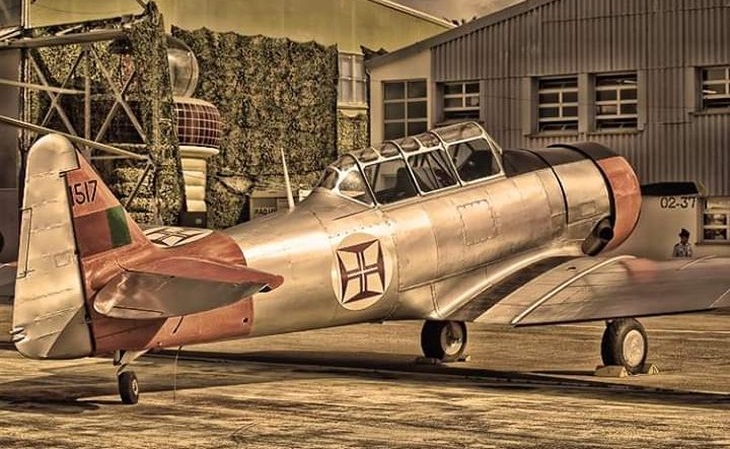 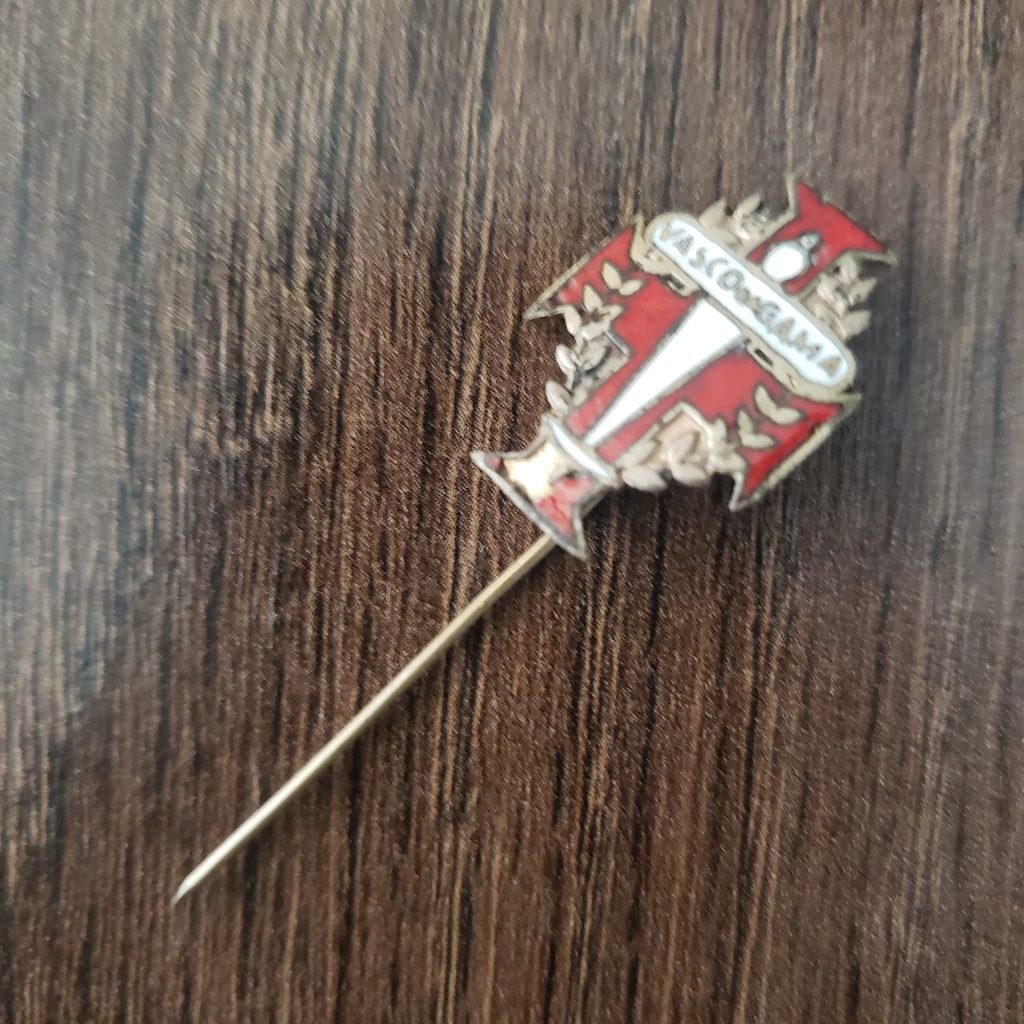 Champion of 1923, Vasco da Gama, the people’s club, had success with the “Black Jerseys” team composed of 12 popular blacks:

The “Black Jerseys” team made history. The Vasco team took crowds to the metropolitan fields and gave the certainty of the greatness that Vasco had reached, both for the Vasco leaders and for their rivals. In early 1924, América, Bangu, Botafogo, Flamengo and Fluminense broke with the Metropolitan League and created the Metropolitan Association of Athletic Sports (Amea), with the justification that it was necessary to save the “morality of carioca football”.

Persecution of Carioca clubs with Vasco and the Vasco vanguard in the fight against prejudice:

They invited Vasco, who accepted. However, some conditions were imposed on the Vasco club, among them the exclusion of 12 football players, pointed out by the league’s Inquiry as “lacking the moral conditions to practice” football in that entity. The intention of the elite clubs, through Amea, was crystal clear: to asphyxiate Vasco economically and politically, and any other club that came to assemble teams with players from the lower classes.

Historical Answer – the most beautiful history of football:

The Club, categorically, refused to accept such a measure and returned to the Metropolitan League. The great milestone of this event was the letter signed by the President of Vasco, José Augusto Prestes, and sent to the board of Amea, in which the Vasco club made it clear that it would not give up its players “for not being satisfied with the process because it was made the investigation of the social positions of our fellow members, an investigation taken to a court where they had neither representation nor defense”. This craft became known as the “Historical Response.”

The beginning of São Januário – built by the hands and donations of Vasco residents:

In that same year, driven by the conquest of 1923 and the attempt of the so-called “big clubs” to asphyxiate Vasco, the desire for a stadium of its own grew in the “Clube de Santa Luzia”. Vasco’s leaders were already seriously debating the purchase of land for the construction of their own house. Obtaining a stadium was seen as a means of achieving full autonomy for the performance of their games, stopping renting stadiums from other clubs for high values.

On March 28, 1925, land was purchased for the construction of the long-awaited stadium. The works began on June 6, 1926 and just over 10 months after the start of construction, on April 21, 1927, the Vasco da Gama Stadium, popularly known as São Januário Stadium, was inaugurated. The “Casa Vascaína”, added to the “Historical Response”, materializes the club’s fight against racism and social prejudice in sport.

Vasco da Gama Stadium, also known as São Januário Stadium, owing to its location on a street of the same name, is the home ground of Club de Regatas Vasco da Gama. Its facade is listed by the National Historical and Artistic Heritage.

It is located in the Vasco da Gama neighborhood, Rio de Janeiro, Brazil, on a hill near the National Observatory of Brazil. Because of its position it is often referred to as Estádio da Colina (Hill’s Stadium) which in turn has given Vasco the nickname of Gigante da Colina (Hill’s Giant). It is one of the few Association Football specific stadiums in the world which has both team benches and coaching areas behind the goal line at the same end of the field.

The stadium had a capacity of 24,584 and it was inaugurated on April 21, 1927, with the presence of Washington Luís, Brazilian president in that time. The first event held in the stadium was a match between Vasco and Santos, which Santos won. The stadium stands as the biggest private venue in the State of Rio de Janeiro.

São Januário stadium, which has the mystique of being the place where Vargas signed the CLT (Set of labor laws) in 1943 and where Luis Carlos Prestes spoke in favor of redemocratization in 1945, had before, still in 1942, his first political participation: Vasco da Gama put the stadium at the disposal of the Brazilian Army, and the Rio de Janeiro Military Instruction School was set up there, where more than 10,000 soldiers were trained. In addition to training, São Januário was the place where recruits could play football, and it also served as accommodation for soldiers who arrived from other states on their way to Europe at war.

On the Brazilian coast, mainly in the Northeast, German submarines were making many victims. Sailors and their families were being killed by Nazi attacks. The president of Vasco at the time, Ciro Aranha, based on the popular outcry for lost lives, decides to convene a donation campaign for the families. To encourage the strength of his supporters, the president said that with the donations, in addition to helping the sailors’ families, he would buy a war plane and donate it to the Brazilian Air Force. The Pro-airplane Commission was created in Vasco da Gama.

The donations began to arrive, and when visiting the importer to order the plane, Ciro and other Vasco leaders got excited and immediately ordered two. The confidence in the support of the crowd was huge. And they made no mistake: donations multiplied. Each fan who made a donation received a badge from the club, and for a long time you didn’t see a vascaíno without the campaign badge in São Januário.