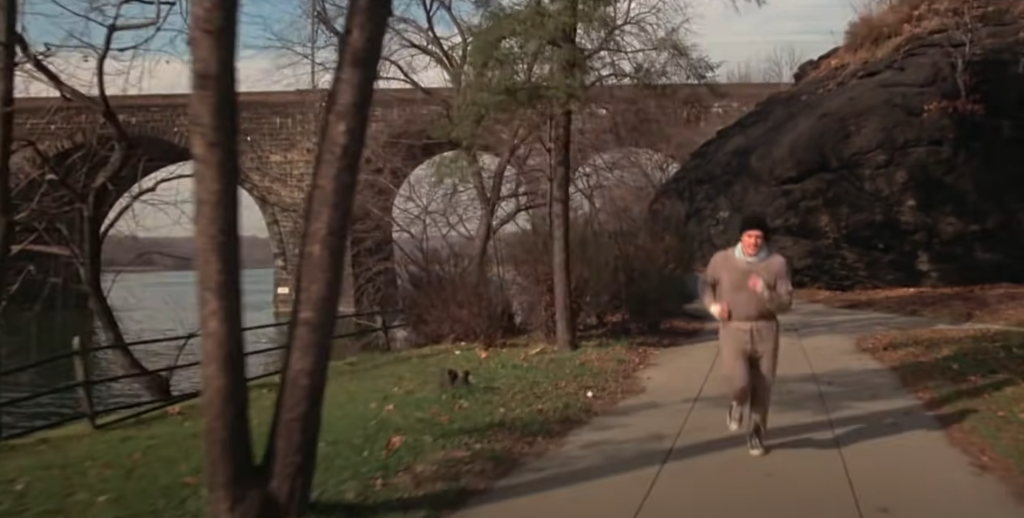 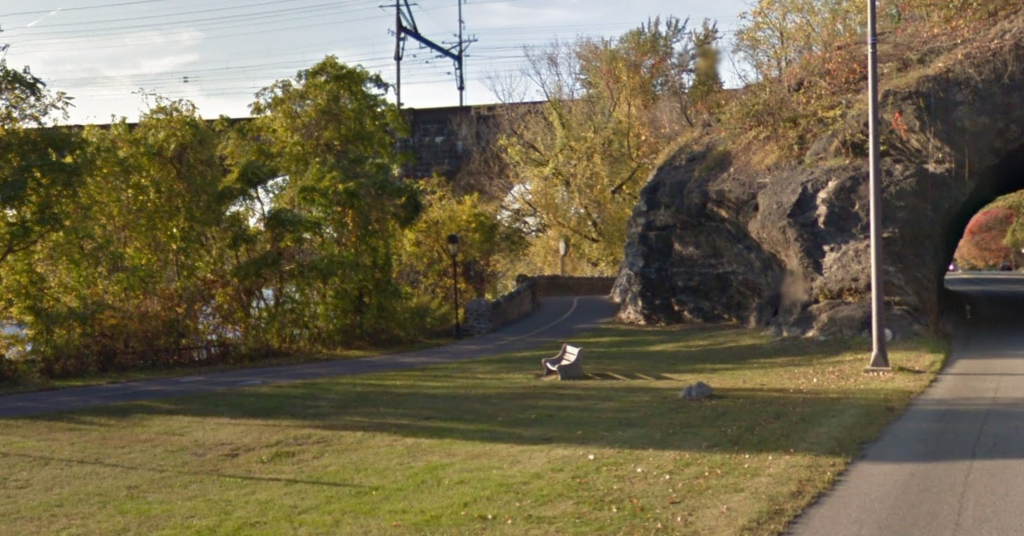 During the “Gonna Fly Now” training montage in the original Rocky, Sylvester Stallone is seen in his grey sweatsuit running alongside Philadelphia’s Schuylkill River with an arched stone bridge behind him. The bridge has been identified as Philly’s Connecting Railway Bridge, built in 1866, and Rocky jogs south along the Kelly Drive bike trail in the movie. During the late 19th century, the Connecting Railway Bridge was a frequent subject for scenic paintings of Philadelphia.

Storyline:
Rocky struggles in family life after his bout with Apollo Creed, while the embarrassed champ insistently goads him to accept a challenge for a rematch.