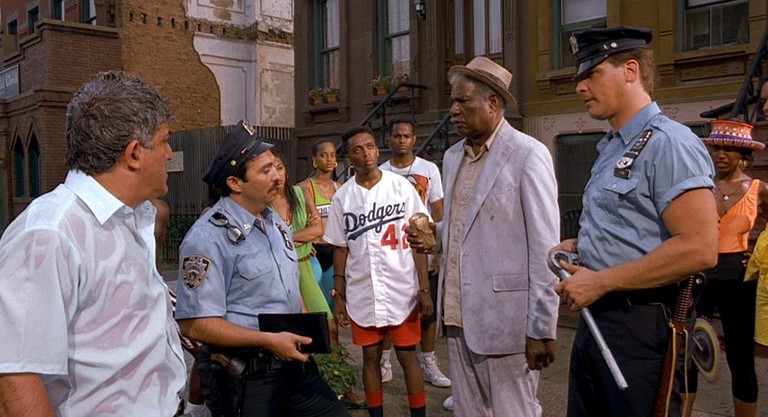 If you’re talking Brooklyn, you’re talking Spike Lee, who has set numerous movies in the borough since She’s Gotta Have Itmemorably featured Fort Greene Park in 1986. But it is Lee’s treatment of historically black Bedford-Stuyvesant in Do the Right Thing that gave Brooklyn its most iconic film treatment before or after; in fact, one block was recently christened Do the Right Thing Way. Don’t go looking for Sal’s Pizzeria, where Lee’s Mookie works for Danny Aiello, though—it was constructed for the movie and torn down following its racially charged climax.

174 Do The Right Thing Way
NY 11221
sales@zipmundi.com
Get Directions